The modern action movie has been a lot of things over the years: seminal blockbuster sequel that redefined franchise possibilities (Aliens), genre-defining hit that molds subsequent efforts in its image (Die Hard), boundary-pushing technological achievement (Terminator 2: Judgment Day). But beginning at the turn of the century—with the advent of superhero films and a new reluctance among studios to venture beyond the security of preexisting property—the traditional action movie has gone the way of the polar ice caps, slowly melting away.

The good news is that the John Wick franchise is doing its best to reinstate the genre atop the Hollywood pedestal. The hyper-stylized and gleefully blood-soaked 2014 actioneer proved that an original concept can still work, and served as a comeback of sorts for Keanu Reeves, who seems to add a new iconic character to his repertoire every decade. The film sparked an unlikely mini-major blockbuster franchise that has now grossed more than $260 million worldwide combined off midsize budgets, all the while earning glowing praise for its inventive fight scenes.

The latest entry in the series—John Wick: Chapter 3—Parabellum—may very well be the most logistically impressive of the trio, a point of pride for director Chad Stahelski. While recently chatting with Observer, the filmmaker broke down two of the movie’s most impressive set pieces and discussed the state of blockbuster cinema in Hollywood.

Observer: It’s increasingly difficult for new franchises to break through as studios invest in recreating their own libraries. How did John Wick emerge as an original concept?
Stahelski: If I were to give advice to someone trying to do the same thing, I would simply say, “Stop trying. Just make something cool. Try to develop a character people like and try to make something people are going to enjoy.” You can’t really read a script nowadays without coming up with franchise ideas and thinking, How can we get more out of this? Nowadays, everyone is trying to set up seven films and the whole universe before writing the first one. We’re just trying to make the two hours the best we can make it.

Do you see yourself returning for more John Wick films?
I think about my career a little bit. I’ve got my agents and my managers and people close to me, and we have these talks about what to do if the movie does well or if the movie does poorly, whatever happens. Honestly, I’ve only done the John Wicks because it’s what I wanted to do. It sounded fun. I get to work with Keanu. I get to shoot with Dan Laustsen, my cinematographer, and make pretty pictures in pretty much any city in the world I can pitch to Lionsgate. Everyone has been pretty cool about it. I would determine my next job based on the same sort of freedoms I have on the Wick films.

The first two John Wick films revolve around one-on-one fight scenes, but Chapter 3 includes more group battles. How does that change the logistics of filmmaking?
If you do one-on-ones, you want to mix it up. The whole thematic of this movie in terms of action was: a lot of a little. We’ll do one-on-one with different implements. We’ll do multiple attacker fights with non-firearms, then we’ll do a multiple attacker fight with firearms, then we’ll do one underwater, then one in close quarters, then one in far quarters. Then we’ll do motorcycles, then we’ll go back to hand-to-hand. We try to mix it up.

Yeah, it makes it challenging for us, especially trying to subvert the norm and make it as difficult as we can for us and our main character to shoot it and perform it. Tight spaces, wide spaces, low spaces, underwater, above , on motorcycles, off motorcycles. It requires having a plan in the very beginning. Some people throw this together in a couple weeks out; we throw it together six months out. I don’t wait until the script comes out. As soon as I write it down, I’m contacting my stunt buddies and having them come to the office for an informal meeting to go, “Hey, is this even fucking possible?” and if it is, “How do we do it?” So that’s being baked into our preparation.

Can you talk about the conception of the movie’s amazing knife fight?
One of the first rules I have when I choreograph something is: Throw a little reality in there. I know that sounds weird, but our whole gun-fu system is actually how they shoot. Mozambique technique, headshots, close-quarter gun-work that most military and law forces use. It’s fair to assume that most everyone on the planet knows that, eventually, guns run out of bullets. But in movies, apparently, they never do. So we thought in the first Wick we would embrace reality and keep a very astute count of the bullets. When they run out, you gotta reload, and rather than cut around that, which can be somewhat awkward for a cast member, we chose to embrace it. If Keanu drops a mag, he drops a mag. If his gun jams—three times in the final sequences of this movie, Keanu does unplanned gun tactical work where the gun jams or he runs out of the actual blank ammunition, so he does it on camera. We leave it. We like those little imperfections.

You take the same thing to the knife fight. As a dude, as a little kid, I’m sure you stole some of Mom’s steak knives to throw them at a tree. How many times did they stick in the tree?

A whopping zero.
What happens every time a hero picks up a knife in a movie? He hits a bull’s-eye. That doesn’t fucking happen. So we said, “How fun would it be if that never happens in this hallway full of knives?” I’m from Massachusetts, so I grew up in the snow. I have two younger brothers, and when we would have snowball fights, we’d make as many snowballs as we could and throw them as fast as we could to instill maximum devastation on each other. That’s how that whole concept came about. We wanted to have a realistic snowball fight with knives. In John Wick, one out of every three knives sticks. When you’re in a knife fight, what are you going to do, stop throwing? You gotta go! So we took that very realistic attitude and brought it to fruition.

NBA star Boban Marjanović has a great action scene in the film. Tell me how that came about.
Before we even remotely try to write the script, I do a lot of scouting. I walk around New York for weeks at a time coming up with interesting places and alleys for interesting sequences. I was trying to get John out of New York within the first 20 minutes of the film, and I was just wandering around and happened to walk by the Public Library. I walked in, walked down the Rose Main Reading Room and really just needed a quiet place to think outside of the cold. I was sitting there thinking, Ehh, fuck it, this is a great place. Let’s do it here. He’ll come look for a book.

Keanu had this idea of a go-bag, but instead of a go-bag with some cash and an extra gun in it, it’ll be a book. It’ll be really obscure and in the stacks. So I went down the stacks to look, and I’m like, This will be a cool place. It’s kind of dungeonesque and undergroundy. But rather than use a regular-size stunt guy, we’re going to use the biggest stunt guy we can find. Keanu won’t be able to get around him, and that’ll be funny to try to shoot—like Kareem Abdul-Jabbar and Bruce Lee in Game of Death. We’re going to do that, but we’re going to put it in a tight space. We’re going to make it difficult for our camera team.

We couldn’t find an 8-foot-tall stunt guy and, to be brutally honest, I know zero about the NBA. But our producer, Basil Iwanyk, is a huge NBA fan, and he’s like “You need a Boban.” And I was like, “I don’t know what a Boban is.” He showed me what a Boban was, and he was great. [Editor’s Note: Marjanović is listed as 7-foot-3, while Reeves is 6-foot-1.]

So, we flew Boban to New York and stuck him with the stunt team for two weeks to choreograph around what his body was capable of doing. Obviously, when you have an individual with those physical attributes, there’s no stunt double. We told him on the phone, “Look, you’re going to have to learn this. You don’t get to sit down for a whole night for 14 hours. You’re going to get to fight Keanu Reeves in this fight scene, but we need you to do it.” He just smiled and said, “I’m down with it.” Then we worked through his fight choreography skills, and at the end of the first week we were like, “This is the right guy.” Then we just pushed him for the next two weeks and shot it all in one night.

Superhero films have sort of replaced action movies in Hollywood. What are your thoughts on that trend?
When Avengers makes over $2 billion, you can’t ignore that. People like superhero movies—what they say, the escapism of it. I think that’s great. What Marvel, in particular, has done in this giant web of character building and these crossover universes—it shows a fantastic attention to detail and a lot of planning and a lot of adherence to the audience and what they want, and I think that’s quite brilliant.

I like the origin stories. I like the first Iron Man a great deal, the first Guardians, what the Russos did with both The Winter Soldier and Civil War. I just didn’t grow up with the depth of comic book understanding to really appreciate some of the nuances in some of the other movies. I think there’s some great storytelling, digital achievements and practical achievements in terms of what we do with the cameras—the effects have come from the excessive use of them in the superhero genre. I mean that in the best way. They’ve really brought up the game of filmmaking in general. I think that’s very cool.

How does it affect regular action movies? The genre has changed quite a bit; we’ve become more of a crossover thing. I think there’s still room for good action movies, and I emphasize good. I think by having such an influx of superhero movies you force people who like action movies—Wick, or Equalizer, or Taken, or Fallout—to really step up and try to compete at the quality level and the character development levels and the action levels, either with or without digital help, to really stand side by side with what the superhero genre has done. 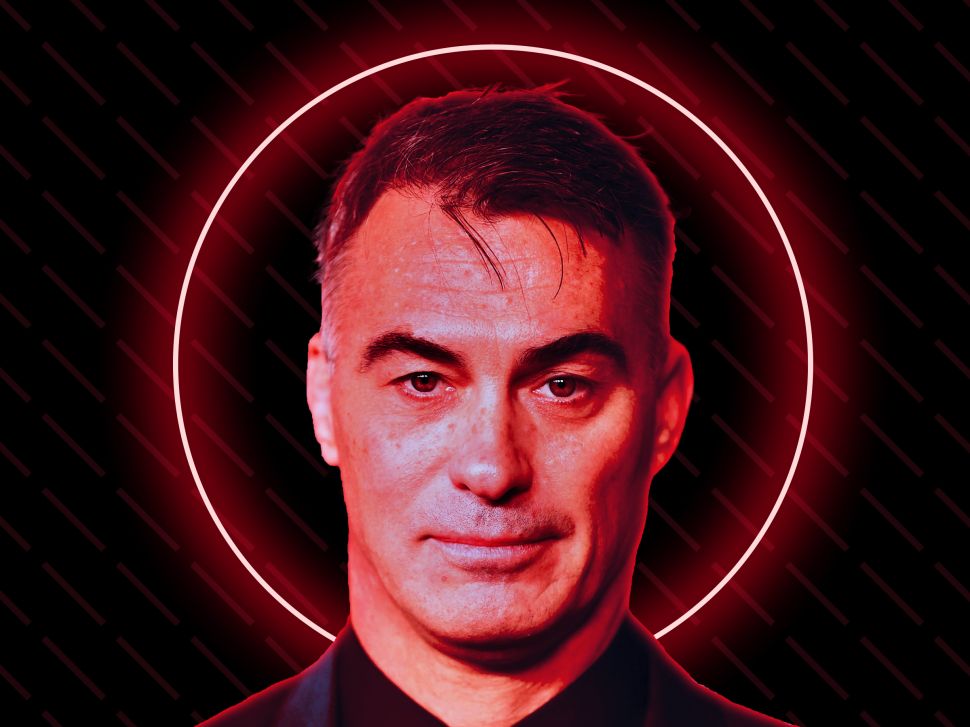