How do you capture a portrait of a city? Especially one like San Francisco, which has seen great transformation over the last three decades, and where there is a stark divide between the rich cultural history and the new, technology-based power?

For the French-born artist known simply as JR, you put everything into the frame. In the beginning of 2018, he arrived in San Francisco with the intention of making a mural that represented “a city rich in contrasts,” he writes in the catalog for The Chronicles of San Francisco, the resulting project, which will be displayed at the San Francisco Museum of Modern Art (SFMOMA) for free beginning on May 23. Taking inspiration from the work of Diego Rivera, the digital mural is composed of photographs of over 1,000 people, taken over a period of two months. Driving around in a 53-foot trailer truck that was converted into a makeshift photography studio, he and a team of collaborators made 24 stops around the city and took portraits of whoever happened to be around. In addition, interviews were recorded with all of the people who participated, a selection of which can be heard at the exhibition.

This has become the standard working procedure for JR, and one that brought him great commercial success. Past projects have brought him to places such as Palestine, Havana, Tunisia, Rio de Janeiro and Iran, among others, where he has photographed local residents and strategically wheat pasted large prints of those images on the bare walls and roofs of the neighborhood. (His methods can be seen at their most charming in the documentary Faces, Places, which he made with the late Agnes Varda in 2017.) There is typically a political conception behind each project, such as Face 2 Face, where he and a collaborator pasted portraits of Israelis and Palestinians on both sides of the Israeli West Bank barrier wall in an attempt to visually evoke a conversation. More recently, his work has become more theatrical, including two projects at the Louvre in Paris, one which made it disappear and the other creating an optical illusion around the institution’s famed glass pyramid. The success of his work relies as much on their content as the crowds that gather and the media attention they attract.

The same combination of spectacle and idealism can be found in The Chronicles of San Francisco. Homeless people, activists, street performers, police officers, drag artists and Japanese taiko drum players are just some of the people who populate the mural and give it its vibrant energy. In one section, we see a reenactment of a woman giving birth; elsewhere, the San Francisco Gay Men’s Chorus get prominent placement on the stage of the Castro Theater. A newsstand toward the foreground of the mural shows local papers announcing the death of mayor Ed Lee, who passed away a month before the project started. Others who appear muddle the message: Golden State Warriors power forward Draymond Green shows up dressed in his uniform, less than a year before the team’s move to a privately-owned shiny new stadium complex in Mission Bay; Marc Benioff, the billionaire CEO of software company Salesforce who funded the project, appears in his portrait holding a sign that says “Equal Pay for Equal Work.” Look close enough and you can even find JR, wearing his patented fedora and dark sunglasses.

But does the resulting work say anything about San Francisco? It’s chaotic assemblage of diverse voices remains abstract and lacks specificity. Everything, from the tech-workers in their Patagonia vests to the homeless children, exists in the same space. No voice is allowed to rise above the fray. But maybe that’s the point: San Francisco, like most modern American cities, reveals itself through its dense, cultural homogenization. 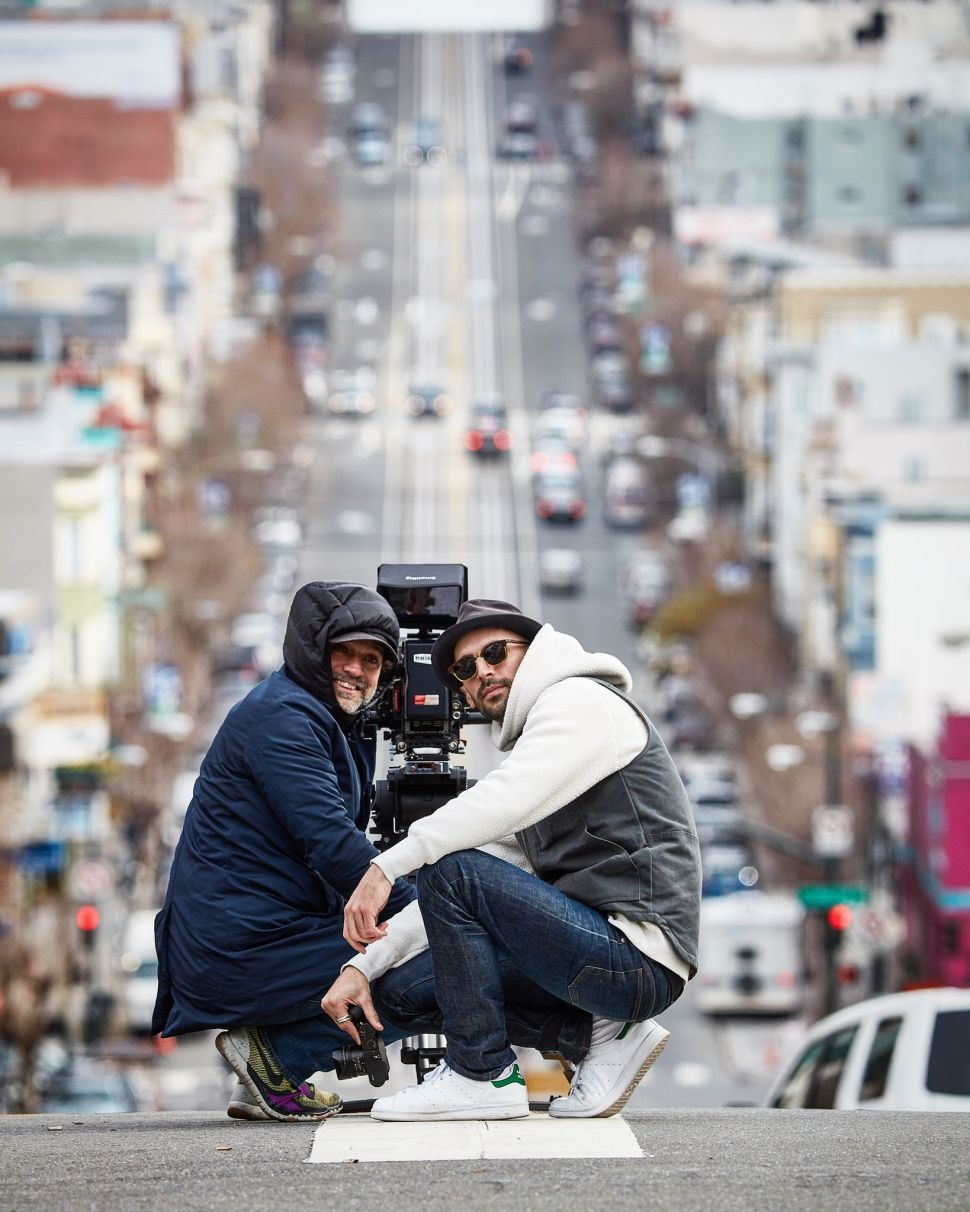