The East Hampton compound owned by late handbag designer Judith Leiber and her husband, artist Gerson Leiber, is now on the market for the first time ever.

The 2.16-acre property in Springs is the result of years of work. The couple originally purchased it for just $10,000 back in 1956, reports The New York Times, and spent the next several decades transforming it into their dream home, which now comprises a main residence, an art studio and quite a few carefully tended gardens.

The Leibers died within hours of each other last April, after more than 70 years of marriage. The couple moved out to the home full time several years ago, using it as their primary residence after Leiber sold her company, known for its crystal-covered, glitzy creations.

“They spent 60 years putting it together, and it’s rather magical,” Halstead broker Leslie Hillel, who is sharing the $3.9 million listing with Judith E. Mendoza, told Observer. “Gus had a lot to do with the design, and he used pineapples on the staircase in the main house. You never know when you’re going to come across a pineapple around the property.” The fruit symbolizes hospitality, which was fitting for the couple, who entertained often at the home.

The main 4,500-square-foot shingled house features an oversize living room with a fireplace and built-in bookshelves, while the dining room has another fireplace, a wet bar and a plant-filled conservatory attached to it. “The whole property is perfect for entertaining,” Hillel said. “The house is so well proportioned, and the flow is wonderful—the public rooms lead out to the gardens.”

The eat-in kitchen is equipped with white cabinetry and stainless steel appliances, and has an L-shaped counter and a separate eating area.

The master suite, which features a wall of bookcases, is on the first floor, and a spiral staircase leads to a second-floor loft, which offers direct access to the gardens outside. The other three bedroom suites are located upstairs.

Another draw: the 860-square-foot studio that Gerson used for his work. “It looks like he’s coming back tomorrow,” Hillel said. “It has all of his materials, equipment, brushes and paint.”

Outside you’ll find the multiple gardens he created, which are separated by brick walkways, with gazebos throughout.

As for the type of buyer who might be interested in scooping up the home? “Someone who gets the quality of the property,” says Hillel. “It’s one of a kind. There are not many properties that are quite this extensive and this special.”

Fashionistas and art enthusiasts will be attracted to one particular aspect of the home—it’s adjacent to the Leiber Museum, which the couple opened in 2005 and which contains a massive collection of Judith’s famous handbags as well as Gerson’s art. 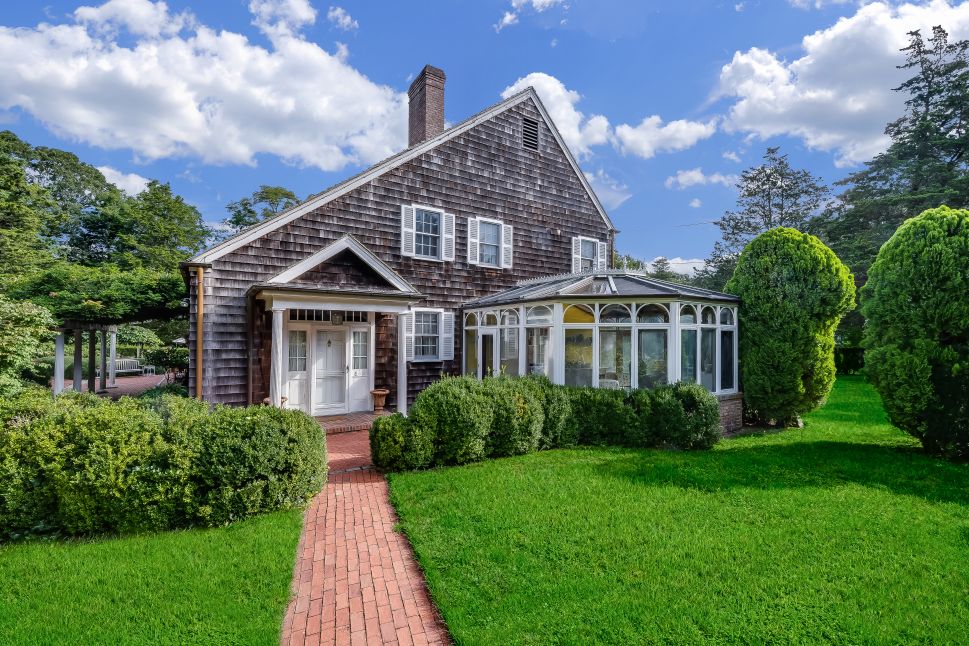