When it comes to holding big tech accountable, Kamala Harris is taking a page out of Elizabeth Warren’s policy book. The California senator spoke at the NAACP’s Fight for Freedom Fund Dinner in Detroit this week, where she unveiled her promise to help detox social platforms of extremism and bigotry.

”We will hold social media platforms accountable for the hate infiltrating their platforms because they have a responsibility to help fight against this threat to our democracy,” Harris told the audience. The former attorney general was referring to recently criticized incidents in which social media had played a major role in the spread of hate speech and terrorist attacks including the Christchurch, New Zealand shooter’s Facebook Live video stream.

While Harris didn’t outline the specifics of her policies to combat online extremism, she joins a slew of lawmakers and candidates vowing to regulate Silicon Valley. The comments follow Facebook’s banning of major controversial alt-right figures—including Alex Jones and Milo Yiannopoulos—for violating its policy and using the platform to “promote or engage in violence and hate.”

Taming big tech’s power has been a hot-button issue for some time in Washington., D.C., and even more so in this election cycle. One of the industry’s biggest critics has been Warren, Harris’ 2020 Democratic primary rival. The Massachusetts senator penned an essay on the importance of breaking up tech companies like Facebook, Apple and Amazon in order to prevent their monopolizations of the space. Warren even suggested imprisoning CEOs for scandals to hold power players like Mark Zuckerberg and Jeff Bezos accountable.

Last week, Warren was joined by New York congresswoman Alexandria Ocasio-Cortez, who announced her support of the initiative to break up tech corporations in the wake of recent privacy breaches.

As social platforms do damage control in response to accusations that they’ve helped incite harassment and racism, it’s no surprise politicians are calling for their regulation in their campaigns. With the upcoming election inching closer, social networks like Facebook and Twitter are expected to continue overhauling their strategies to keep users from experiencing toxic and dangerous interactions. 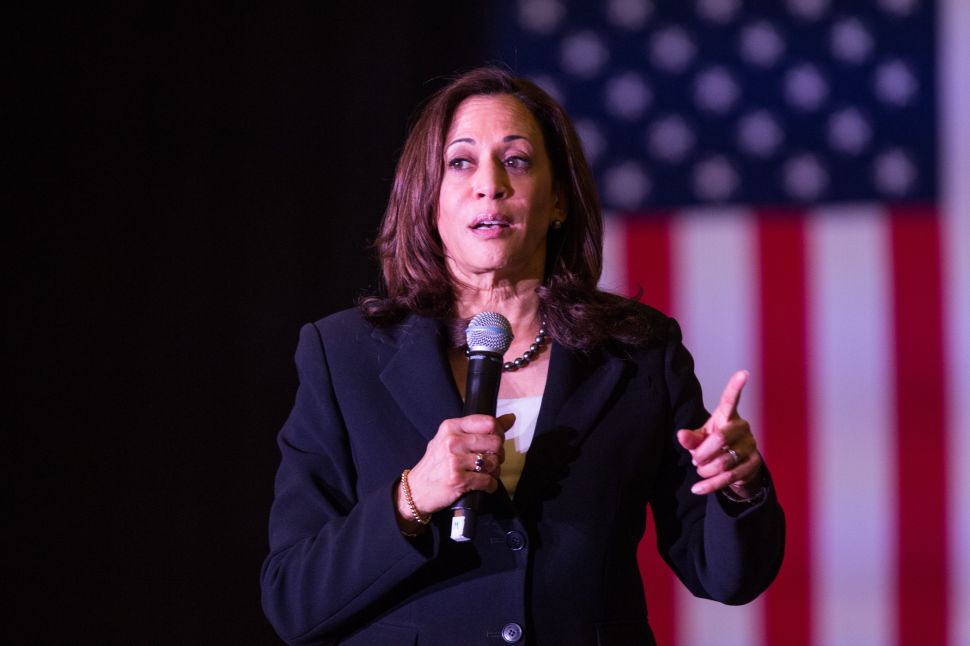