Meghan Markle isn’t the only royal with a green thumb. While the Duke and Duchess of Sussex are, indeed, growing their own vegetable garden at Frogmore Cottage with baby Archie, the Duchess of Cambridge has been hard at work on a huge garden project of her own.

For the past several months, Kate Middleton has been co-designing a garden with the Royal Horticultural Society for the Chelsea Flower Show, emphasizing her love of the outdoors and the benefits of nature on the physical and mental health of young children. She worked with Andrée Davies and Adam White of Davies White Landscape Architects on the Back to Nature garden, but she also got some help from the littlest Cambridges.

This weekend, Prince William and Kate visited the woodland garden and brought along Prince George, Princess Charlotte and Prince Louis, who got to survey their own handiwork. The couple shared a number of photos taken by Matt Porteous of the family frolicking around the finished garden, and Kensington Palace confirmed that the Cambridges’ three children contributed to the project by collecting sticks, leaves, pine cones, moss and twigs from their very own backyard of their country home, Anmer Hall. They also used hazel sticks to create the garden’s den.

It’s fitting that the little royals gathered the materials at Anmer Hall, as the Duke and Duchess of Cambridge spend a significant amount of time at the Norfolk estate. Queen Elizabeth gave the Cambridges the home, located on her own private Sandringham estate, as a wedding gift, and the couple resided there full-time with Prince George and Princess Charlotte until 2017, when they relocated to London.

If you’re hoping to get an in-person glimpse of the special garden at the Chelsea Flower Show, you might be out of luck—the Kate effect is still in full swing. Once it was announced that the Duchess of Cambridge was contributing to the show this year, traffic on the ticket website increased by 100 percent. You can, however, probably get a peek of the $19,000 privacy hedge Prince William and Kate installed at Kensington Palace if you’d like. 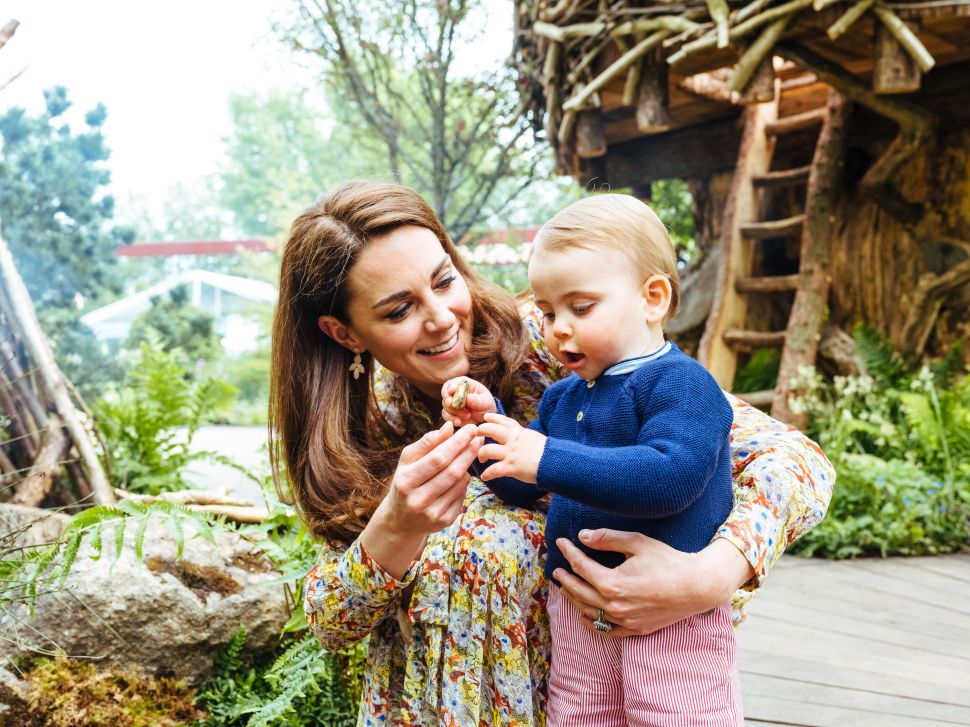