When trying to conceptualize the art market as it currently functions, it may be useful to picture this unique arena in your mind as a post-Koons landscape. Koons, one of the planet’s most successful artists, has wholeheartedly embraced producing luxury objects for an echelon of customers who can afford them, which means that his successors have been given tacit permission to experiment in the realms of cheeky spectacle and shameless bombast.

Just this week, Koons himself made headlines yet again when Mnuchin Gallery paid $91.1 million at a Christie’s auction for one of his 1986 Rabbit sculptures, but the most telling post-Koons artist of the moment just may be Brian Donnelly, otherwise known as KAWS; a painting of SpongeBob SquarePants by the graffiti artist turned blue chip darling fetched $6 million at auction on Thursday.

Lots of Kaws and heavy hitters at the upcoming 20th Century & Contemporary sale in the coming days. Couldn’t condense them all in 10 images. 🔨 • #phillips #phillipsauction #auction #auctionhouse #contemporaryart

The painting depicts SpongeBob in a state of distress, surrounded by duplicates of his own arms which are raised in the air in protest. The character’s eyes are crossed out with two of KAWS’s signature X symbols. But true devotees of SquarePants will notice that the artist hasn’t simply replicated a still that he ripped from a children’s cartoon show: Donnelly has reddened the interior of the sponge’s mouth, as well as erased the Krusty Krab hat that ties the character to his place of employment.

In the eyes of KAWS, SpongeBob SquarePants transforms from a goofy fry cook to a symbol of existential despair. Whether this transformation counts as “good” art is of course ripe territory for extended debate, but what it does call to is the years-long process through which SpongeBob has become a never-ending meme.

KAWS’ popularity has been gaining momentum for many years now; the high prices that his work now commands didn’t just happen overnight. This is partially because, like many of the savviest creatives, KAWS puts his individualized stamp on as many different creative projects as possible. “He is surely the only artist working with both Dior and Cookie Monster,” Ted Loos wrote this week in The New York Times. “His KAWS x Sesame Street collection debuted at Uniqlo in the fall.”

Artists taking a generous approach to brand collaborations certainly feels like a quintessential feature of the art world at present, but it’s perhaps more interesting to consider what might come next. “I think by the time we are well into this century, the stuff that’s going on now will seem very much part of the 20th century, not the 21st,” Acquavella Gallery director Michael Findlay told Observer this week. “There’s about to be the kind of visual, conceptual upset or revolution that took us from Cubism to Picasso. And it will make a lot of things being done now look rather old-fashioned. Even though people are paying a lot of money for them, they may be very beautiful, they may be beautifully made, they may be clever, they may be witty, whatever—but they will be old-fashioned.”

SpongeBob’s likeness selling for $6 million feels like an anomaly, but an avant-garde anomaly nonetheless. It’s worth noting, though, that the character is rounding the corner to legal drinking age: he turned 20 just this month, on May 1. Suffice it to say, SpongeBob is certainly old enough to know his worth. 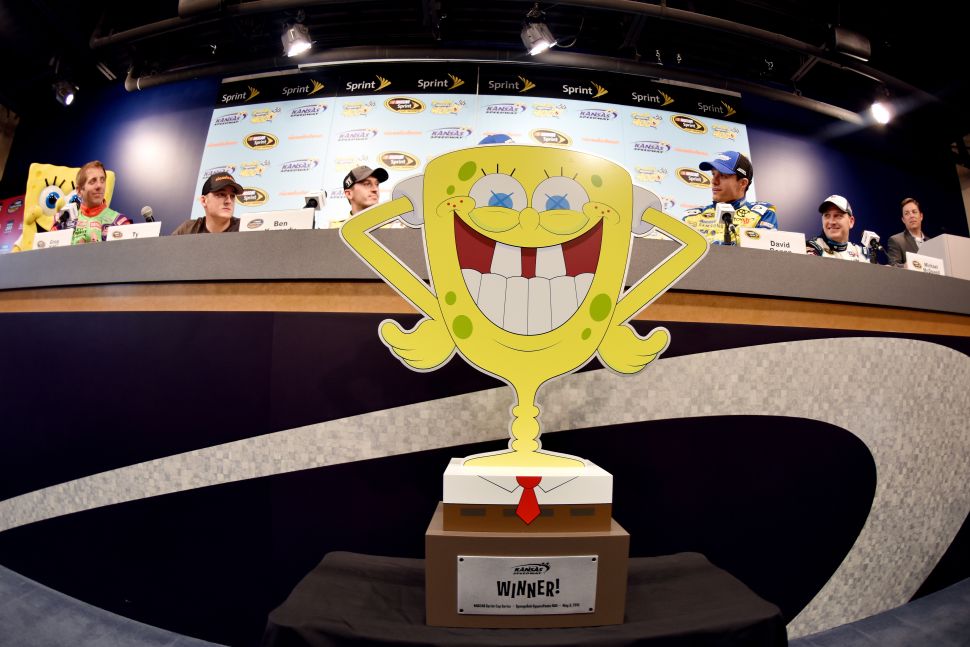