No stranger to Shakespeare, Kenneth Branagh has become his generation’s foremost interpreter of the Bard. His early success on the London stage at the tender age of 24 was starring in Henry V, a commercial hit he adapted to the big screen five years later, launching him to stardom and two Oscar nominations, including Best Director on his debut film.

Over the next thirty years, he directed and starred in titles as varied as Mary Shelley’s Frankenstein, Harry Potter and the Chamber of Secrets, and more recently Dunkirk and Thor. In his latest, All Is True, he revisits the Bard, this time in retirement at Stratford-upon-Avon. Directed by Branagh, he stars as Shakespeare in the film, opposite Judi Dench as his wife, Anne, and Ian McKellen as the faded “Fair Youth,” Southampton. Much of the film centers around the Bard grappling with the death of his son, Hamnet.

Here, Branagh gets into his hero’s head, tips his hat to royal baby Archie, looks ahead to his upcoming projects Artemis Fowl and Death on the Nile and looks back on a storied career.

Observer: Did you set out to create a quasi-variation on Hamlet or did that reveal itself in the writing process?
Kenneth Branagh: The loss of the child was key, and it was (screenwriter) Ben (Elton) who, with the closeness of the names, said what if we don’t have father haunting son, but son haunting father in the form of young Hamnet? Why don’t we introduce the idea of this disputed suicide and drowning, which again comes from Hamlet. The other thing he writes about so keenly, and it’s not unlinked, I suppose, is unrequited love. Hence our return to the Sonnets and the idea that the passionate declaration inside the dedication of these works to the Earl of Southampton but then the very personal, urgent, emotional, raw, naked quality in the Sonnets themselves to his “Fair Youth” or to this “Dark Lady” are also areas of vulnerability.

Vulnerability becomes his defining characteristic.
We didn’t want him to come home wise and sagacious, a combination of Jesus and Buddha, ready to be lauded. He comes back sort of bewildered, and we returned him to his vulnerabilities. What are they? The concerns about the son that he misses, the love that he might have missed, the position that he may not have full faith in. He needs to buy this Coat of Arms so that he can be called a gentleman. He spends five thousand dollars on it, it matters to him. It matter that the Shakespeare name, sullied by his father’s ruin, can be resurrected in some ways.

Geniuses never think their work is genius. How do you think he might have seen his work?
He was described by those who wrote about him, by the man who produced the first volumes of his plays and those who were in his company with him…the words that are repeated are “gentle” and “modest.” The parts that he played in the troupe were often those kind of parts.

My sense is of a man who was present always but who was a tremendous observer, a great listener. I imagine he would be gentle and modest and wry and teasing and fun and warm. I image a largesse of soul. That’s what I would hope for. But I don’t know whether he would turn out to be Mr. Snippy. And also he’s likely to have had a tremendous work ethic. To produce thirty-seven plays, whether people argue that he didn’t author them all, over a twenty-year period where they’re also acting, writing and producing the work of his fellow playwrights, that’s an intense workload that is hard to imagine. You do more listening and less speaking in that mode.

You’re about the same age as Shakespeare in the movie. How do you look back on your career?
I’ll be sixty next year. I’m older than him. I don’t know if it’s necessarily healthy to do so. I know this project sprang in a very natural way from these relationships that have gone on for years, with Judi Dench, with Ben Elton. It was yesterday when I was having my first conversation with Ben Elton about Much Ado About Nothing and the contemporary nature of Shakespeare’s speech, but it turns out that was 1988. And it seems like yesterday I was in a rehearsal room with Judi Dench doing a play by Ibsen but that was 1985. Thank God time plays its wonderful tricks.

Moving from this to Artemis Fowl must be like jumping from black box to Broadway.
It’s definitely a different scale, but a lot of the same muscles are right at the center of it, the ones that have to do with performance, the ones that have to do with tone, things that hopefully make the difference that is the distinctive quality at the heart of movies like this. The goal is not to get homogenized.

And you’ll be tackling Agatha Christie again with Death on the Nile.
It’s a better book, it’s a lusty book, it’s a dark book, it’s an unsettling book. It’s one that Agatha Christie felt was a very personal one to her. She had a troubled marriage and her heart was broken in a lustful triangular love affair that makes it again a pretty fascinating mystery and whodunit, but it’s also a dirty psychological drama.

Any words to the Royal couple and baby Archie?
They’ve handled it up to this point, haven’t they? They’ve kept smiling and the look as proud as punch. So, good luck to them. 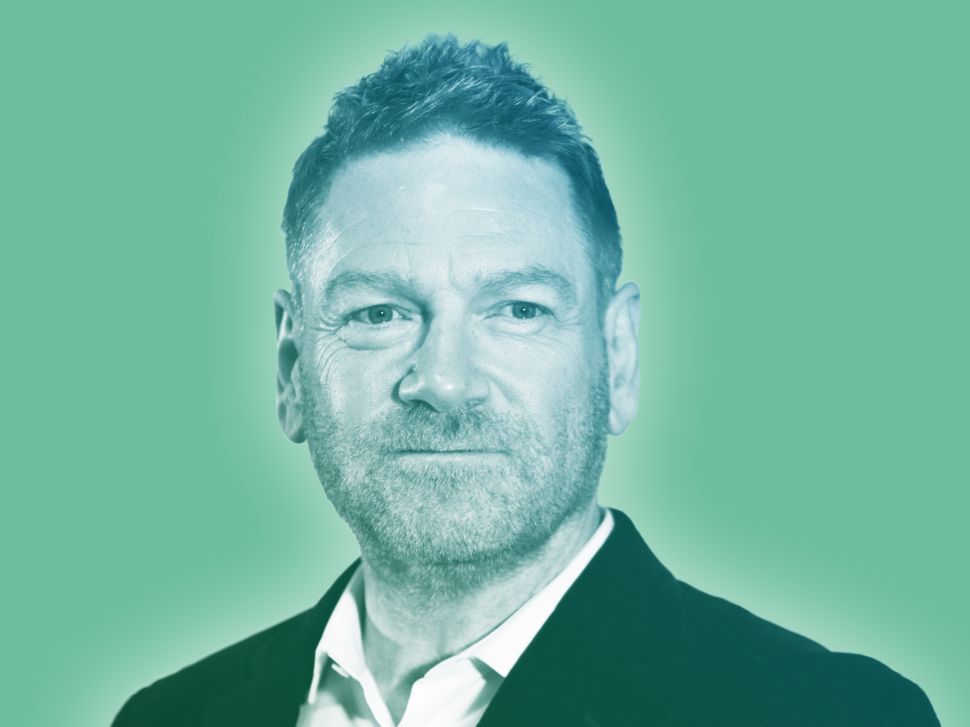