The date of April 16, 2007 is a particularly sad one for me. It’s when my colleague at LaGrange College learned that his son, a professor at Virginia Tech, was gunned down along with 31 other professors and students. Back then, the shooters got nearly all of the attention and adoration, while victims were generally ignored in the press. Is that still the case? I analyzed whether this is occurring, and whether honoring the victims and deemphasizing the shooters who crave attention might help reduce such massacres.

Even when Virginia Tech did not immediately publish the names of the victims on that tragic day 12 years ago, we had a pretty good idea of what had happened to English professor Michael Bishop’s son Jamie, a professor of German, a craftsman and artist, through witness accounts. Listening to my friend’s description of that terrible event months later will always haunt me.

But so much of the coverage went to the killer. His decision to create a video manifesto and pictures and send it to NBC News before taking so many innocent lives told you all you needed to about his goal: to achieve the attention and publicity he thought he could never achieve otherwise. It seemed to work, as a search of Yahoo indicate that his name (not released to avoid glorifying the acts of a criminal and increase the chances of a copycat killing) is 20 times more popular on the internet than the Virginia Tech professor murdered in cold blood, or his father’s attempts to push for gun reform to prevent future fatalities.

It turns out that the Virginia Tech spree shooter was inspired by a pair of killers from Columbine, as he was fascinated by the fame they achieved through the blood of others. And the decision of the media to show some of the photos, share some of the manifesto, and otherwise make the murderer the most popular person in America was sure to keep the cycle going.

Our college gives a special award on Honors Day in Jamie’s name, and I believe Virginia Tech does something as well, but other than the occasional tribute to victims as The Washington Post did, it’s almost as if the 32 victims combined just weren’t as newsworthy as the perpetrator.

But is that changing?

A Focus on Heroic Victims or Those Who Take Their Lives?

You may have noticed an outpouring of sympathy for the woman killed in the California synagogue, risking herself to save the life of the rabbi from another manifesto-publishing attention-seeker. But did this killer, whose crimes and odious motivation, as well as an attempt to film himself the way the Christchurch mosque murderers did, achieve his mission to garner more publicity for himself?

A search for Lori Kaye, a key member of the community and the heroic woman from the Poway Synagogue, on Yahoo revealed 255,000 hits. Her sacrifice even got more attention than her killer, as he managed only 107,000 Yahoo hits (both names were run in quotes). 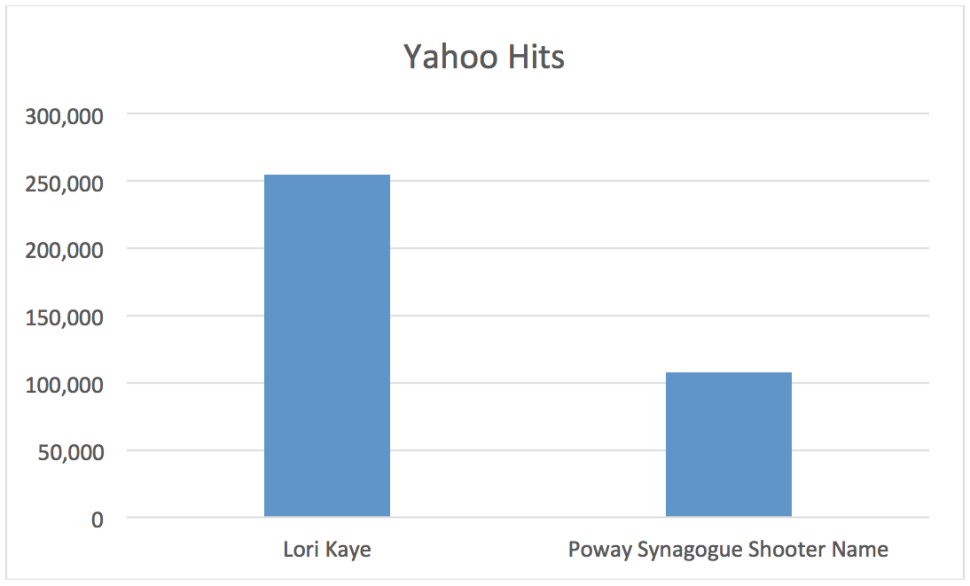 Then, there’s the case of another shooting at another college. You may have heard about the brave reactions of Riley Howell, who charged a killer at the University of North Carolina-Charlotte after another shooter (eager to yell to the media as he was being handcuffed and transported by the police) opened fire upon a history class. Even in death, Howell is achieving recognition for saving lives (and being buried with full military honors), getting 711,000 hits on Yahoo with his story. The other victim in the UNCC shooting, Reed Parlier, also registers attention, someone who should be remembered as a silent hero. The shooter could only manage a fraction of that, with 176,000 Yahoo hits.

Finally, there are the shooters at the STEM School Highlands Ranch in Colorado. The victim who died, Kendrick Castillo, who also tried to break up the shooting, received more than a million Yahoo hits in online coverage. But so did the two shooters, especially when both names were used for the second shooter, especially as sites became interested in the killers and their motives.

The Scholarship on Shooters and Their Victims

Sadly, in academia, there’s also an interest in those who commit the killings, and less so for those who are victimized by these actions. A search of Google Scholar found 3,340 articles about “School Shooters,” getting into their mindset and motives, constructing typologies, etc. 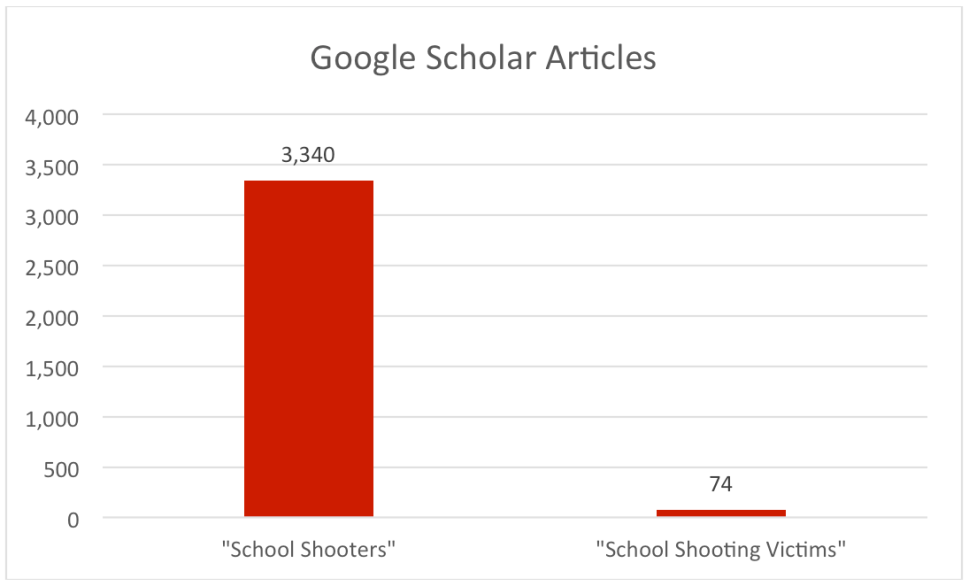 At the same time, the site revealed only 74 articles about “School Shooting Victims,” and even some of those give the bulk of their coverage to school shooters.

One might question this research I’ve done about the media and scholarship and the coverage each has given the killers and those who are killed. Certainly, these victims were selfless people, seeking to save others, not looking to  receive attention for their actions. And shouldn’t we be asking why such deaths occurred, looking into the lives of the shooters?

That’s not the motivation to the story. It’s to provide evidence that maybe the narrative is changing. Perhaps the press is realizing that an earlier fascination with killers, while garnering headlines, was also giving these publicity seekers an audience, encouraging more slaughters. But a focus on those whose lives are taken tragically early, and put others before themselves, might encourage that type of heroic future action in the midst of such tragedies.  One can only pray that’s the case. 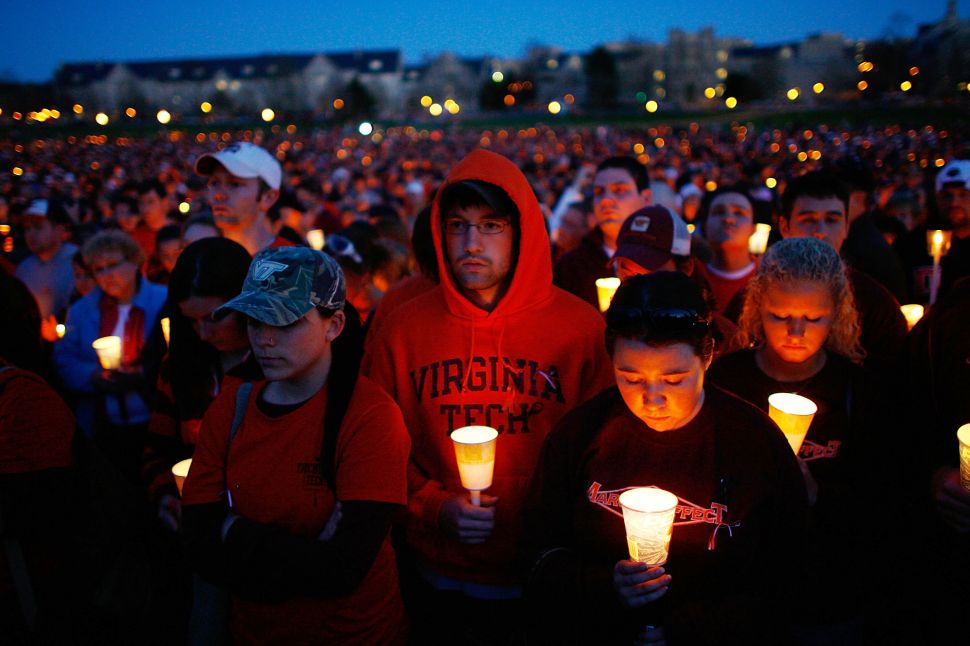