AMC Networks’ Killing Eve is a good show. Like, a really good show. It’s won all sorts of awards and ended up on all sorts of best-of lists, including our own. But as we’re seeing with Game of Thrones during its final season, and as we’ve seen repeatedly throughout the course of television, early hype spikes expectations and makes it all the more difficult to stick a landing. Endings are really hard, and when it comes to Killing Eve, the ending isn’t even on the page yet.

“No, it genuinely hasn’t,” executive producer Sally Woodward Gentle told The Hollywood Reporter when asked if the show’s conclusion had been mapped out. OK, but generally speaking, does the titular Eve have to die given the name of the series? “Who knows?” she said. “It is called Killing Eve, but also Eve is all women, so what does that mean? Who knows?”

For some of you, this may be cause for concern. After we were burnt by the Lost finale, the fear of crappy, half-baked endings became a common phobia among audiences. But not knowing exactly where the story is going isn’t necessarily a bad thing.

TV writers generally belong to one of two schools of thought: plotters and pantsers. The former are known for their considered, meticulous series bibles that detail the major steps of a show long before the actual scripts have been written. Pantsers, on the other hand, allow the story to come to them more organically as they go along. Both approaches have their pros and cons and, often, TV writers will combine elements from each strategy.

The former typically hold firmer grips on the story, which can help deliver a tight ending that satisfies. As a result, though, their characters often come across as rigid and static since they must adhere to a strict plan. The latter often produce more electric characters because they can shift (or swerve) the story within the show’s more free-flowing constructs. It’s more of a natural cause and effect, but the flip side to this method is that it can lead to challenging, tangled plot threads during a home stretch.

Killing Eve is most definitely a pantser at its core, which is why Eve (Sandra Oh) and Villanelle (Jodie Comer) are such seductive characters. They are the propulsive force behind the whole endeavor. But that doesn’t preclude Killing Eve—a pretty self-contained story with a small group of central characters—from mostly nailing it. It doesn’t have expansive stories to reel in like Game of Thrones, nor do viewers have a checklist of mysteries that require answers à la Lost.

Really, all we need is a resolution to the insanely alluring dynamic between the two leads that stays true to the series’ core identity. So basically, don’t overthink it, folks. We’re still in good hands. 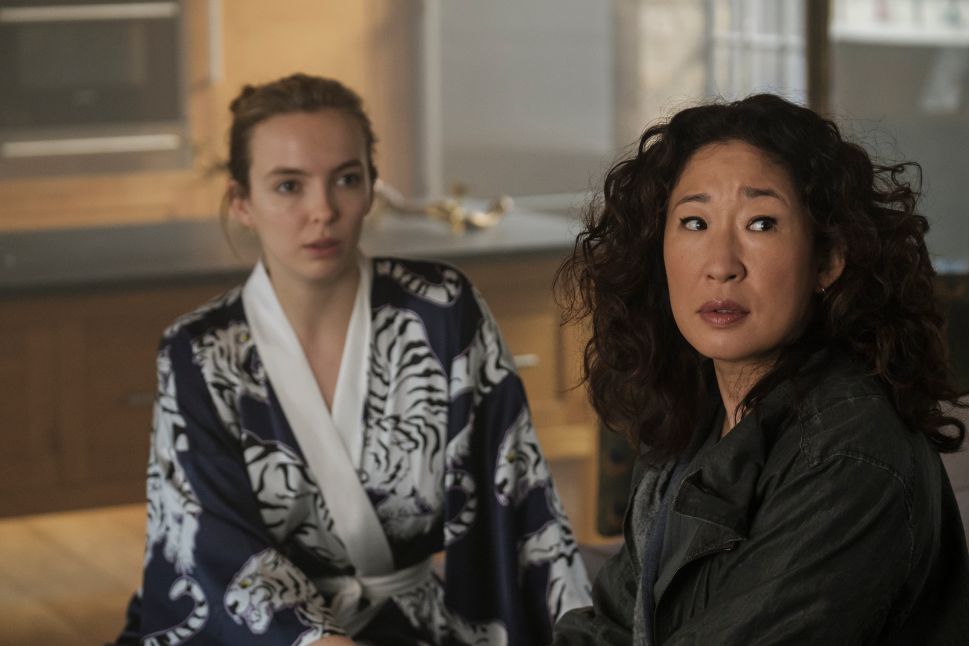