Senator Kirsten Gillibrand (D-N.Y.) announced a plan on Wednesday to give every eligible voter $600 in vouchers to donate to their preferred federal candidates, in what would be a pivot to publicly funded elections.

“To get anything done in Washington, we have to address the money and greed that corrupts politicians and prevents progress on issues like gun violence prevention, lowering the cost of prescription drugs and addressing climate change,” said the Democratic presidential candidate in a statement.

Under current election laws, the most any one person can donate to a candidate each election cycle is $2,800. Gillibrand’s “Democracy dollars” program would limit individual donations for presidential, Senate and House candidates to $100 in primaries and $100 in general elections, while forcing candidates to agree on the cap in order to accept the funds. The 2020 hopeful’s initiative is modeled after a similar program implemented in Seattle, in which voters received $25 vouchers for local elections in 2017.

The proposal, however, does not impose limitations on what outside political groups can contribute to candidates—meaning that donors could continue funneling money through PACs and other organizations. During the 2018 midterm cycle, outside political groups overspent candidates in a record number of races, and this trend is unlikely to reverse under Gillibrand’s plan.

Many Democratic presidential candidates, including Senator Elizabeth Warren (D-Mass.), have sworn off donations from corporate PACs. But just because they’ve turned away the funds, doesn’t mean the Democratic Party will do the same. 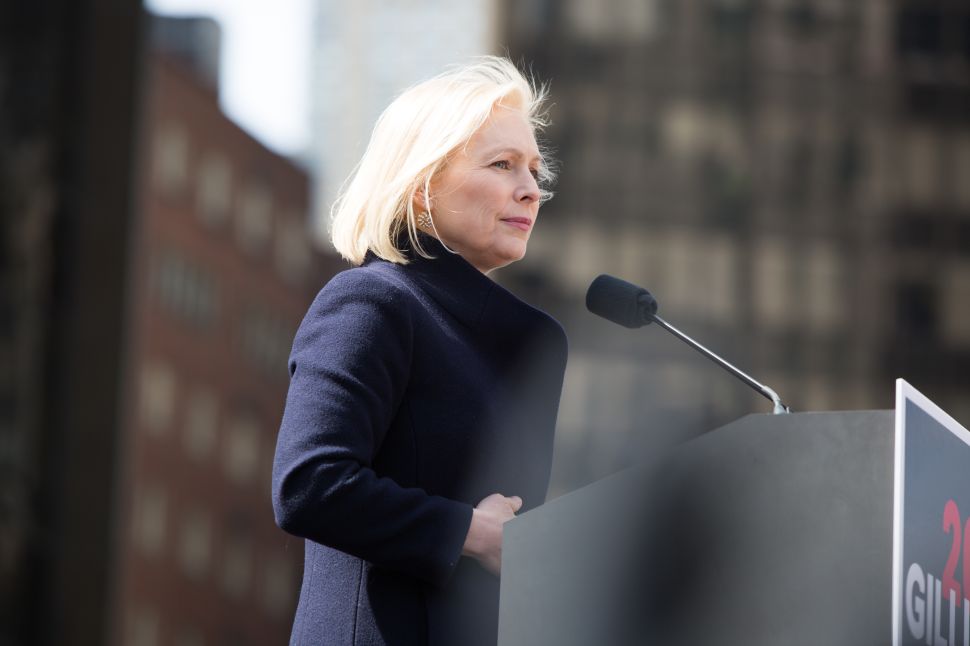