Kristin Davis is ready to part with her home of more 20 years. The actress is also looking to make a significant profit on the Brentwood house, which she paid just $690,000 for back in 1998, just as she finished up her time on Melrose Place and shortly before her alter ego Charlotte York made her television debut on Sex and the City.

She has made a fair share of renovations to the 4,043-square-foot property, which features reclaimed redwood floors, French glass countertops and silver travertine details, per the listing shared by Compass brokers Mimi McCormick and Maureen McCormick.

The kitchen is fitted with Viking, Sub-Zero and Bosch appliances, and the airy, open living and dining area has wood beamed ceilings.

The master suite includes an extra space reached via sliding doors; the listing suggests the area could be an exercise or yoga studio, or perhaps a study or nursery. The bathroom contains a double vanity, a glass-enclosed shower and a separate blue-tiled tub that matches the walls. The walk-in closet is outfitted with walnut cabinetry and lots of built-ins, though probably not enough for Charlotte’s entire wardrobe.

There’s also an eight-seat screening room, perfect for indulging in some Sex and the City reruns (Cosmopolitans not included).

Davis isn’t leaving her longtime neighborhood—just getting an upgrade. She purchased a 6,541-square-foot home, also in Brentwood, for $5.29 million last year. 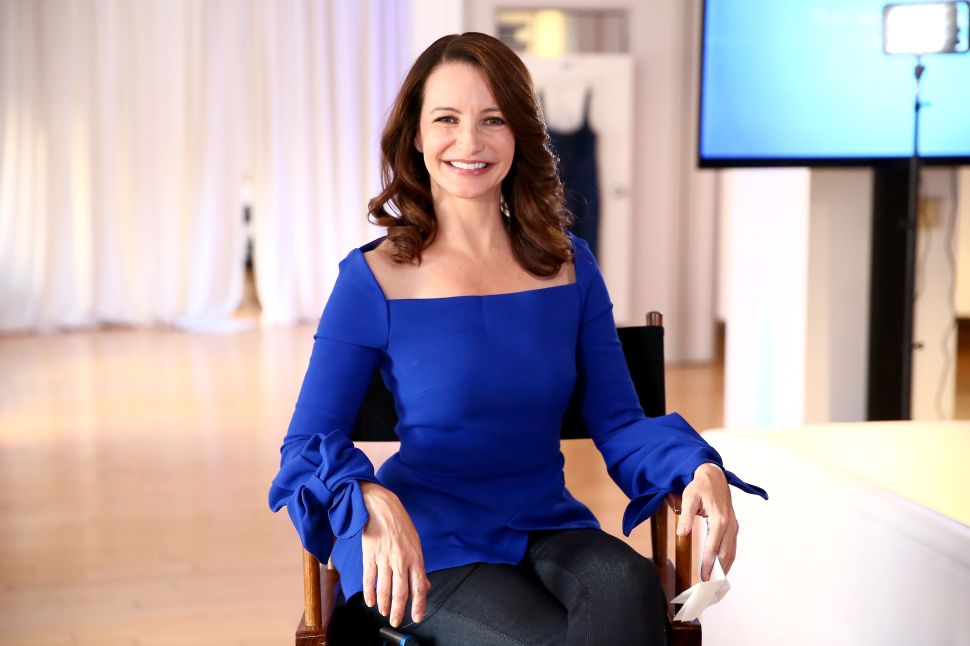