Celebrities with massive amounts of clout, skilled advisors by their side and considerable assets at their disposal have all the odds in their favor. This is especially true when it comes to developing their own businesses. We’d even dare say that famous people have little excuse for not getting things right, which is why it’s particularly funny when something goes wrong. Kylie Jenner, the 21-year-old billionaire makeup mogul and mother behind the wildly popular (and sometimes controversial) beauty line Kylie Cosmetics, recently announced that she’ll launch a skincare line called Kylie Skin on May 22.

This pivot makes total sense due to the recent explosion in mainstream popularity of rigorous skincare routines. Trendy serum-peddling brand Glossier is one of the fastest-rising companies in the world, and it’s currently valued at $1.2 billion. However, Jenner caused an outcry among skincare nerds this week when she announced on Twitter that one of the key products in her routine is a walnut face scrub and that she recommends using it “two or three times a week.” Kylie, noooo!

A brief aside: Skincare is a science. Part of the fun of developing a strategy that works for you is figuring out that some products that do the trick for people with oily skin may not work well for people with dry skin, and so on.

However, pretty much everyone who’s obsessed with skincare knows that certain products just aren’t good for anyone’s skin. One of them is St. Ives Apricot Scrub. Although this goopy, gritty substance nominally sloughs off dead cells and cleanses your pores, plaintiffs have alleged via a lawsuit that the crushed walnut powder in it actually damages delicate facial skin. So now Jenner has gone ahead and put walnut in her scrub?

Omg not WALNUT Kylie the girls have been dragging St. Ives for 10 years now lol read the ROOM https://t.co/GlTFO2XMpC

The self gratifying results from walnut scrubs are really short lived. Your skin may look great now, but the sensitivity & post inflammatory hyperpigmentation will come eventually with consistent usage. https://t.co/cri3TouPlp

Walnut scrubs are the least benefical products for anyone. Maybe if you’re under 25 & have clear skin but scrubs are abrasive and create micro tears in the skin and spread bacteria. Chemical exfoliants like AHA & BHA’s are far more benefical and will even kill acne. https://t.co/v7xSor4jTY

Meanwhile, some experts are entirely opposed to scrubs. “Scrubs are a primitive way to exfoliate,” New York dermatologist Dr. Dennis Gross told The Cut in 2018. “It’s like using sandpaper on your face. If you look closely at the sandpaper surface, you’ll see lots of scratch marks, and that’s what happens on the skin.”

In lieu of a granular scrub, some dermatologists suggest using something like an exfoliating acid pad very sparingly—i.e., once a week—in order to buff away dead skin and improve the texture of your face.

To sum up this controversy, Jenner’s mistake was to develop a product that any skincare enthusiast worth their salt would recognize as an outdated method of exfoliation. Hopefully, the foaming face wash, vanilla milk toner, moisturizer, serum and eye cream she’s hawking will get a better reception. 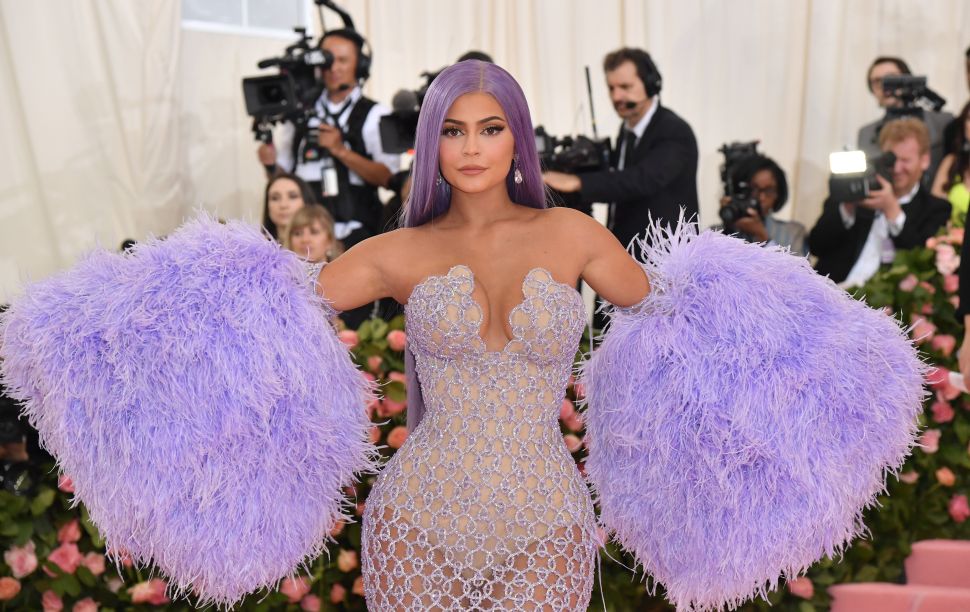