The late socialite, style icon and former princess Lee Radziwill was known for her impeccable taste, which extended to the plethora of properties she owned over the years. Most of her residences have been sold, but she held onto her longtime New York apartment until her death at the age of 85 in February. Now that home, located on 160 E. 72nd St., is on the market for $5.7 million.

Radziwill, the younger sister of Jaqueline Kennedy Onassis, owned the Upper East Side place for more than 30 years, according to the Wall Street Journal, which first reported the listing. The three-bedroom, 4.5-bathroom co-op occupies the entire fifteenth floor of the building, and is entered via a private elevator vestibule.

While the home has a lot to offer, it may not be the ideal spot for a chef. Former Departures editor in chief and longtime Radziwill friend Richard David Story told the WSJ that the windowed kitchen is the “tiniest kitchen in the world” and that Lee “wasn’t terribly interested in cooking.”

All of the bedrooms are en suite, and the master room contains its own marble-framed wood-burning fireplace. Sadly, listing photos are scant, but we assume it’s the bedroom with a pink, green and white color scheme and two chairs and a bed skirt that match its striped wallpaper.

This isn’t the first time one of the Bouvier sisters’ homes has popped up on the market; Kennedy Onassis’ apartment at 1040 Fifth Ave. set a record at the time it sold back in 2006, and Radziwill and Kennedy Onassis’ childhood home in Merrywood, Va., set a record for the area when it sold for $43 million last year. Then there’s Lasata, the Bouvier family summer home in East Hampton—Tiffany & Co. chief artistic officer Reed Krakoff finally sold the estate last year for $24 million. 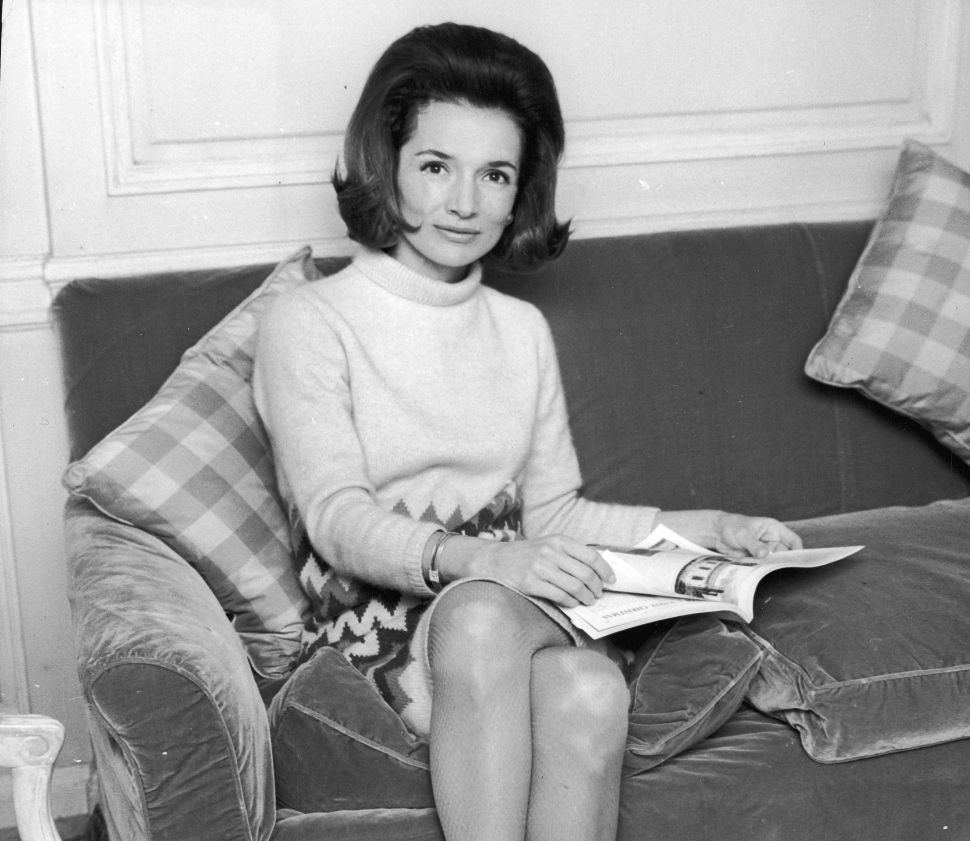