Under President Donald Trump, whose guiding governing principle is a Dickensian lust for cruelty for cruelty’s sake, the definition of who qualifies as “American” has been revised to exclude people who Trump and his supporters enjoy watching suffer.

In addition to non-white migrants, this includes LGBTQ people. Already the most homophobic administration in recent U.S. history, Team Trump is now denying U.S. citizenship to the children of same-sex American couples, as the Daily Beast reported on Wednesday.

The U.S. State Department has been rejecting citizenship applications for children of same-sex couples who were born abroad through a surrogate parent, using bizarre and convoluted logic that appears tailor-made to specifically punish gay men.

The Beast tells the story of Roee and Adiel Kiviti, American citizens who married in California in 2013. The couple went to Canada in 2016 to have their first child, Lev, who was born with the assistance of an egg donor and a surrogate mother who carried the fetus to term.

Thanks to a set of favorable laws, Canada is an increasingly popular destination for would-be parents who need a surrogate. For-profit commercial surrogacy is banned—meaning the process is much cheaper there than it is in the U.S.—and Canadian law specifically welcomes same-sex couples and single parents. Most provinces also simplify the process for the intended parents—rather than the surrogate—to obtain legal custody of the child, as the BBC reported.

After returning to the States, the Kivitis obtained a U.S. passport for Lev without issue, a process that has, for years, been simple and normal. (Just ask Raphael “Ted” Cruz, the Texas senator and former U.S. presidential candidate who was born in Canada.) But when the couple had another child via the same process in 2019—this time a daughter named Kessem—the State Department denied her application, under the false pretense that because the Kivitis are a same-sex couple, they’re not actually married.

They allow us to get married but then disregard our "wedlock". saying our children were born out of wedlock because we are a same sex couple #fight #discrimination #LGBTQ #proudfamily https://t.co/lkRQH6FYzp

Two laws determine who can be a citizen and under what circumstances: The 1952 Immigration and Nationality Act (INA) and the 14th Amendment. Neither the law nor the Constitution have changed—even as Donald Trump has vowed to close the so-called “loopholes” that allow children born of undocumented parents in the United States to become U.S. citizens.

And neither law mentioned surrogacy until 2014, when the State Department quietly introduced a rule change that specifically punishes children born to surrogate parents in other countries. Children “born abroad must be biologically related to a U.S. citizen parent,” according to the policy.

As for a kid born using a surrogate mother or via another form of “assisted reproductive technology,” the child is considered to be born “out of wedlock,” according to the State Department—even if the parents listed on the child’s birth certificate are a couple married in the United States.

Despite the rule change occurring prior to Trump’s presidency, it appears that these guidelines have not been actively enforced until now. According to the Daily Beast, “the policy has been unevenly applied from couple to couple, and even child to child, with some parents obtaining U.S. passports for their children years after the policy was first enacted, only to have another child’s passport refused years later.”

The policy also punishes U.S. military officers serving on American bases overseas, as well as same-sex couples seeking affordable surrogacy options. One same-sex couple, women living in London, filed suit with assistance from the legal nonprofit Immigration Equality against the State Department seeking to overturn the policy. Last week, a federal judge dismissed a State Department motion to dismiss the lawsuit, calling the situation “outrageous.” However, the agency has appealed the ruling, meaning the case could drag on for years. In the meantime, these children risk becoming “stateless” humans stuck without papers.

We have so far to go. https://t.co/akx6kuFzwb

It’s likely that any resolution will have to wait until a change in administration.

Though gay Republicans are openly and proudly serving in the Trump administration—and some of them, like former Twitter reply-guy and Fox News talking hater Richard Grenell, now the ambassador to Germany, are serving in key positions—and Trump is anything but a religious conservative, the president has repeatedly passed or pushed for anti-LGBTQ policies lifted straight from the evangelical playbook.

In addition to the brutal and mindless ban on transgender people serving in the U.S. military, Trump has spoken in favor of a Michigan adoption agency’s desire to deny services to same-sex couples on religious grounds. And earlier this week, Trump said he is opposed to the Equality Act, federal legislation that would add sexual orientation and gender identity to federal civil-rights laws banning discrimination.

Needlessly complicating the lives of Americans whose families are nontraditional in only one sense—the married parents are the same gender—affects only a minority of Americans and does absolutely nothing aside from satisfying a brutal urge to watch people suffer. But since it will please the Trump base following Vice President Mike Pence, who has made a career out of homophobic discrimination, and since it’s nasty and mean, it’s perfect Trump policy.

Correction: This article originally stated that the State Department’s guidelines regarding citizenship were updated to include the current rules for children born abroad via surrogacy in 2018. The rule change actually occurred in 2014. The piece has been updated to reflect this 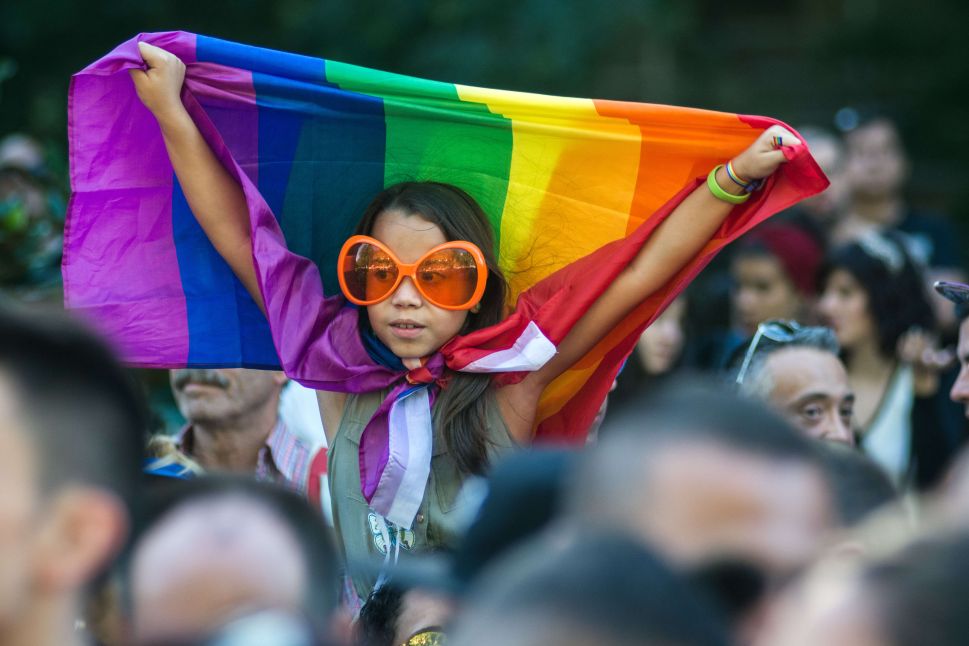