Senator Lindsey Graham (D-S.C.) still wants an infrastructure deal between Republicans and Democrats, and he appeared on Fox & Friends to offer President Donald Trump some friendly advice on how to make it happen.

“The best is yet to come,” Graham told the cable news hosts on Friday. “He has got to do infrastructure… Mr. President, don’t let these guys goad you into not doing good things for the country.”

Graham’s message to the president follows a tumultuous meeting on Wednesday between Trump and Democratic leadership. Although the negotiations were supposed to focus on how best to reach an infrastructure compromise, the president derailed the proceedings after House Speaker Nancy Pelosi (D-Calif.) met with congressional Democrats earlier in the day to discuss an impeachment process.

“Instead of walking in happily into a meeting, I walk in to look at people that have just said that I was doing a cover-up,” Trump told reporters from the Rose Garden after walking out of the meeting. “I walked into the room and I told Senator Schumer, Speaker Pelosi: ‘I want to do infrastructure. I want to do it more than you want to do it. I’d be really good at that, that’s what I do. But you know what? You can’t do it under these circumstances. So get these phony investigations over with.’”

Graham also told Fox and Friends that Democrats who want to impeach Trump have “lost their mind.” Shortly after the segment, Trump tweeted out his support for the senator’s analysis. 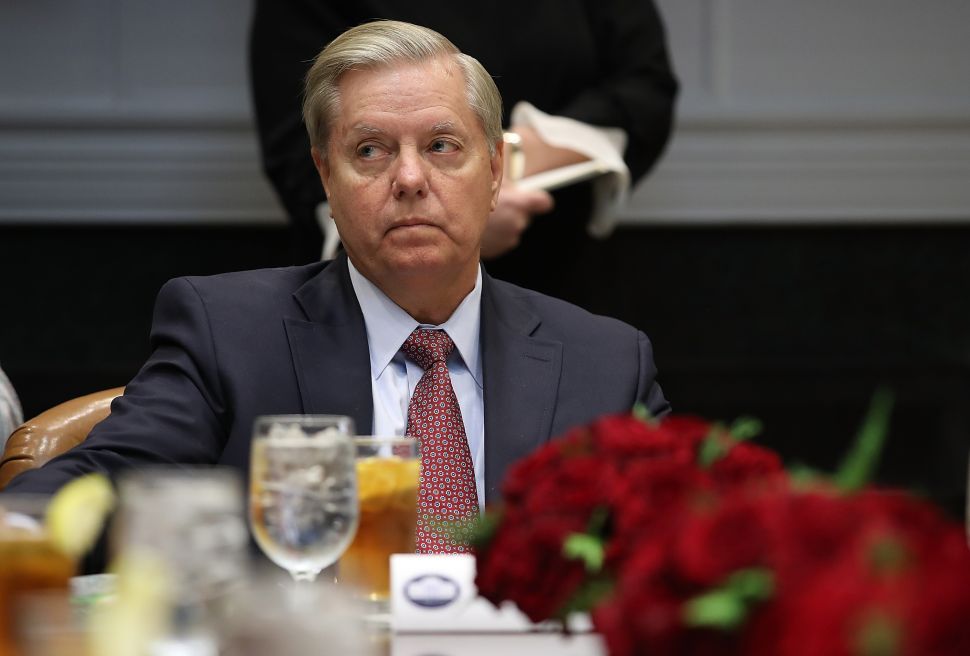