A new Off Broadway play about America’s unfair and overcrowded prison system (which creates more crimes than it condemns), Cori Thomas’ Lockdown is a rare opportunity to experience valuable information about an important subject. It’s a good premise, but not a very good play.

Lockdown cries out for change in the penal system, followed nightly by discussions with panels of criminologists, law enforcement representatives and formerly incarcerated prisoners whose goal is to educate and illuminate. The problem is that it’s all been done on cable television shows, and on stage a lot of talky repartee cannot duplicate the power of what the eye can see.

The narrative is simple: Ernie, a well-meaning female writer played with intelligence by the persuasive actress Zenzi Williams, visits a prison as a volunteer social worker. The first thing the staff does is read to her a very long list of rules, which includes forbidding open-toed shoes and low-cut blouses as well as chewing gum and peppermints. Ernie is assigned to Wise (Keith Randolph Smith), a seasoned 62-year-old veteran who has already served 46 years and learned the key to parole (“You got to change your mind-set if you wanna change your life”). But the wisdom that has earned him his monicker eludes the parole board every time a new hearing rolls around. Ernie is determined to help him on the road to freedom.

Ernie learns from her interviews with Wise that “if you smuggle a packet of sugar for coffee, you get written up. Enough write ups and you could get transferred to a Level Four maximum-security prison.” But you rarely ever earn points for good behavior. We need more, but Thomas holds back. The result is that the audience learns what it’s like to appear before a parole board with your heart in your mouth and your future in your hands. However, you don’t learn what life is like in a two-foot space behind bars on a day-to-day basis.

Ernie takes such an interest in Wise that she connects with the prisoner on a personal level, even confiding in him about the death of her husband three years earlier. Wise, in return, reveals all of his innermost secrets (he committed armed robbery and killed a policeman).

Lockdown is intended to engage our sympathy for prisoners who are wasting away in jail while serving more time than is beneficial to society, but by restricting Wise’s heinous acts to verbal descriptions, we only fleetingly feel the impact of his crimes, and a call for compassion seems manipulative. The other two actors are a guard who does little more than flash his handcuffs and a second prisoner who expresses himself solely through rap lyrics that rhyme “ageless” with “cageless.” They have no impact at all. The perfunctory direction is by Kent Gash.

The point of Lockdown is that the law shows too little interest in future redemption and too much obsession with what happened in the past. Monologues that suggest solutions fall on deaf ears since nothing works out for Wise no matter how hard he tries to prove he’s changed. At the end of 95 minutes without intermission, what we’re left with is one fact: The overcrowded system exists to incarcerate, not rehabilitate. But didn’t we already know that going in? 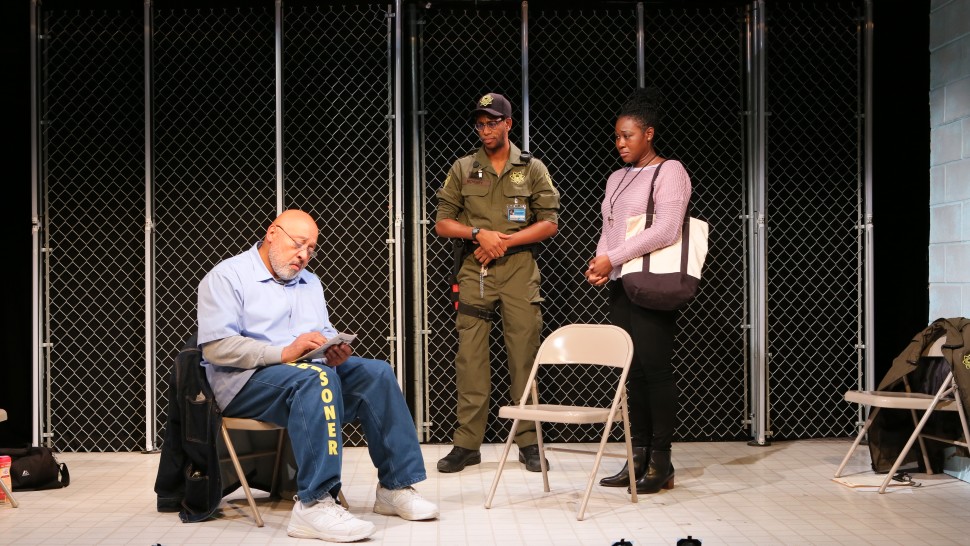