Mario Batali, the disgraced celebrity chef and former head of day-to-day operations at the since-renamed Batali & Bastianich Hospitality Group, will face arraignment on Friday at Boston Municipal Court for charges of indecent assault and battery, CNN reports. The charges stem from a 2017 incident in Boston in which a woman posing for a photo with Batali alleged that he forcibly kissed and groped her. If convicted, he faces up to five years in prison and would be required by law to register as a sex offender.

Batali’s once-towering brand came toppling down that year, after multiple women accused the hard-partying food-world celebrity of verbal and sexual assault and intimidation in an investigative report published by Eater. The floodgates opened further when The New York Times alleged that Batali had sexually assaulted a woman in the downtown Manhattan restaurant The Spotted Pig, which Batali apparently visited frequently late in the evening. The restaurant instantly became branded as a site for horrible misconduct after the Times reported that the assault had taken place in its so-called “rape room.”

“We called [Batali] the Red Menace,” a former Spotted Pig server told the Times. “He tried to touch my breasts and told me that they were beautiful. He wanted to wrestle. As I was serving drinks to his table, he told me I should sit on his friend’s face.” Other sources say Batali was relentless in his approach to violating women.

Holly Gunderson, special events director of the Los Angeles restaurant Osteria Mozza, told The Washington Post that Batali had groped her genitals in 2010 at an Academy Awards week party. She said Batali looked her “up and down and he said, you know, with a twinkle in his eye, ‘I want to see you naked in my hot tub back in the hotel.'”

Later in the evening, things got worse. Gunderson recounted that while she was standing over a counter, Batali assaulted her by grabbing her “between my legs, up and under, so his hand went on my vagina outside of my clothes. And then he moved his hand backward. So, you know, under my butt. And then [he] continued walking.”

Despite these numerous accusations, 2019 marks the first time Batali has been formally charged with a crime. Given all the evidence, this may be long overdue. 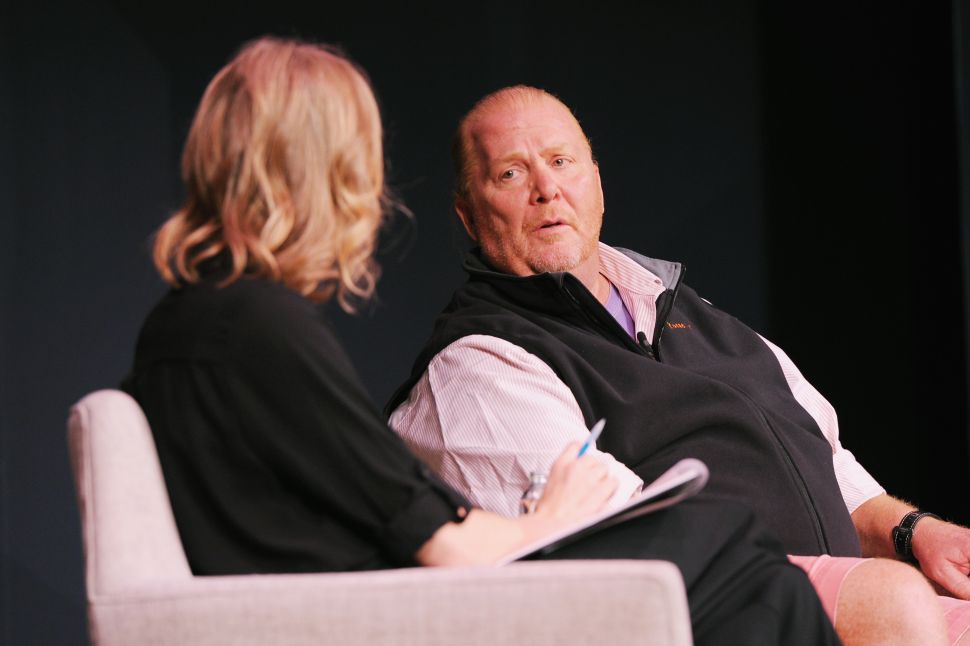