Melanie Griffith is making some major home changes. She recently sold her longtime Aspen retreat, which she had purchased with her then-husband Antonio Banderas for $4 million, and now she’s turned her focus to Los Angeles.

Griffith reportedly doled out $3.72 million for a Spanish-style, gated home near the Sunset Strip, per Variety, and she scored a minor discount on the three-bedroom, three-bathroom abode, which was listed for $3.85 million.

The actress had been renting a pricey place in the Outpost Estates area, but she must have felt the urge to secure something more permanent. It seems she hasn’t owned anything in Los Angeles since 2015, when she and Banderas sold their former Hancock Park mansion for $16 million to Netflix’s chief content officer, Ted Sarandos.

A previous owner of Griffith’s new house is infamous TMZ bigwig Harvey Levin, who sold the property for around $3.6 million in 2015. The 2,996-square-foot Hollywood Hills space features patterned tile floors and pitched ceilings throughout. The step-down living room contains a large, stone-brick-framed fireplace and beamed ceilings.

The kitchen is equipped with Viking appliances, white subway tile backsplash and gray countertops, as well as a separate breakfast area. There’s also a family room and a formal dining room, both with French doors that lead to the backyard. Outside, there’s a stone-surrounded pool and spa.

The master suite is located upstairs, with wood beamed cathedral ceilings, a large walk-in closet and a bathroom with a built-in soaking tub.

One of the pad’s biggest perks, however, is its proximity to another property. It’s only about 10 minutes away from Griffith’s daughter Dakota Johnson’s own Hollywood Hills home. 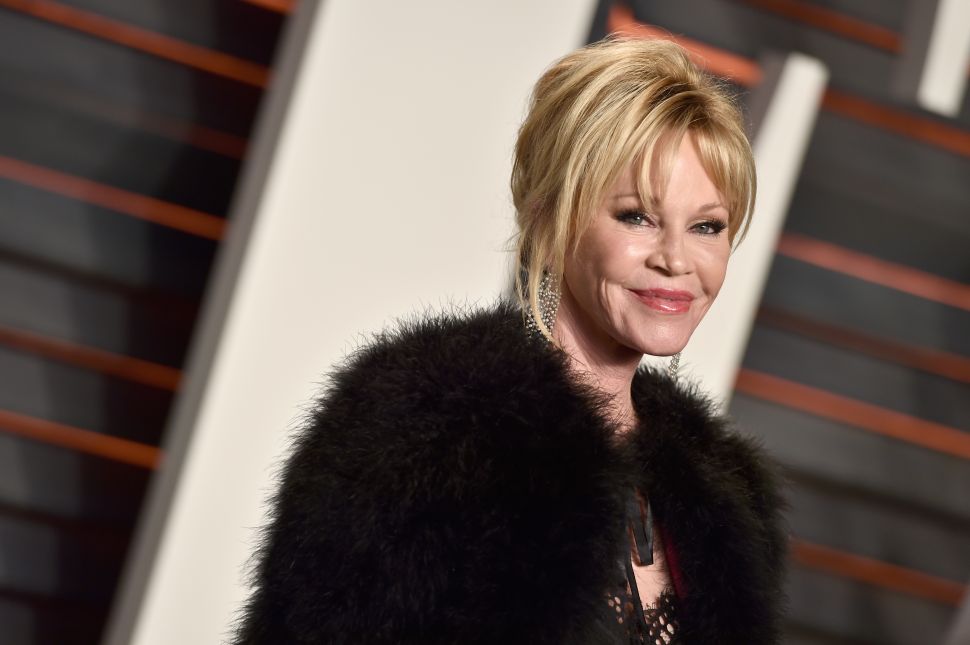