In the recording, provided to Observer by Arnold, Cohen lamented his time testifying before the House Intelligence Committee during a closed door hearing in March.

“The Republicans were attacking me,” said Cohen. “You’d think I had just killed one of their grandchildren. They were so angry and they were so nasty. I had to just sit there and swallow it. Then I said, ‘Mind if I say something here in my defense? … You didn’t think I was this bad of a guy when I was raising $140 million for the RNC for vice chair.'”

Last summer, Cohen resigned as the RNC’s deputy finance chairman following investigations into his business dealings led by the special counsel and New York’s Southern District. He departed the organization soon after Steve Wynn and Elliott Broidy left the RNC’s finance committee—the former over allegations of sexual misconduct, the latter following reports of an alleged payoff to a Playboy model.

“They’re attacking me as if I’m the worst human being on the planet,” continued Cohen. “But they thought I was the greatest when me, Steve Wynn, Elliott Broidy… we were raising money like it was going out of style.”

Cohen also told the committee he had “a lot of very wealthy friends” and if anyone in the room was contemplating a presidential run to give him “a call.” He said Rep. Eric Swalwell (D-Calif.), who sits on the committee and is running as a Democratic presidential candidate, covered his mouth in shock.

“Ronna Romney McDaniel, who is one of the worst human beings on the planet, she’s just a bad human being,” said Trump’s former fixer. “Don’t let that Mormon nonsense fool you. She is not a good person.”

Cohen is currently serving time in Otisville Correctional Facility for campaign finance violations, lying to Congress and other crimes.

“Michael Cohen is a proven liar. In fact, he is currently serving a prison sentence for lying,” a spokesperson for the RNC told Observer. “The truth is, Cohen barely raised a dime for the RNC. He was lazy, and untrustworthy. We hope the prison system does its job and he is able to emerge a better man.” 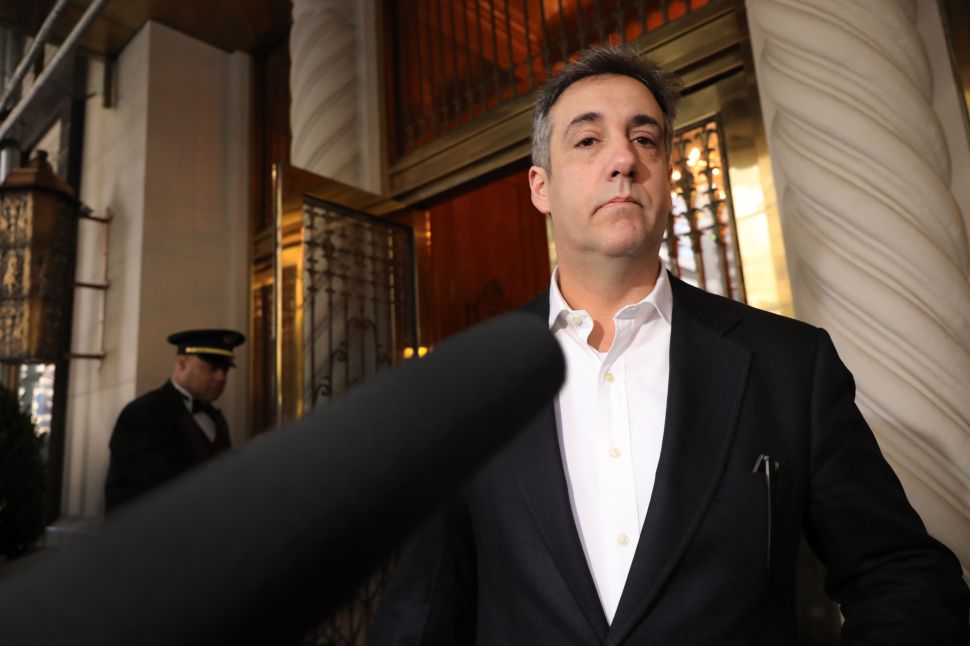