Secretary of State Mike Pompeo appeared at the Arctic Council Ministerial Meeting in Finland to discuss the United States’ commitment to the Arctic region. While much of the secretary’s speech addressed the growing threats of Russia and China in the region, he also called the Arctic’s melting ice caps “new opportunities for trade”—despite warnings from scientists that the shrinkage is caused by climate change and could become irreversible.

“Steady reductions in sea ice are opening new passageways and new opportunities for trade,” Pompeo told the room. “This could potentially slash the time it takes to travel between Asia and the West by as much as 20 days. Arctic sea lanes could come before—could come [sic] the 21s century Suez and Panama Canals.”

“And its centerpiece, the Arctic Ocean, is rapidly taking on new strategic significance,” continued the secretary. “Offshore resources, which are helping the respective coastal states, are the subject of renewed competition.”

Last week, the National Snow and Ice Data Center (NSIDC) released its monthly sea ice update which found “daily ice extent remained at record low levels throughout the month.” Over the past three decades, the Arctic has lost 95 percent of its oldest ice to global warming—more ice loss could result in ice-free summers, causing the planet to warm even further.

“The steep decrease in Arctic sea ice is one of the more dramatic consequences of human-caused climate change,” Michael Mann, a climate scientist and the director of Pennsylvania State University’s Earth System Science Center, told Observer. “And it comes with huge national security challenges as we are forced to defend a new coastline. So there are really multiple levels of unintended irony to Pompeo’s statements.”

Last week, The Washington Post reported that the Trump administration sought to remove references to climate change from the Arctic Council’s declaration signed by all eight Arctic nations. When asked by ABC on Sunday how he would rank climate change on a list of national security threats, Pompeo said the issue did not qualify.

“I can’t rank it … I can’t tell you exactly which number,” said Pompeo, before criticizing the Paris Climate Change agreement. “We’ve seen America reduce its carbon foot print, while the signatories, including China, haven’t done theirs… At the end of the day, the world is no safer.” 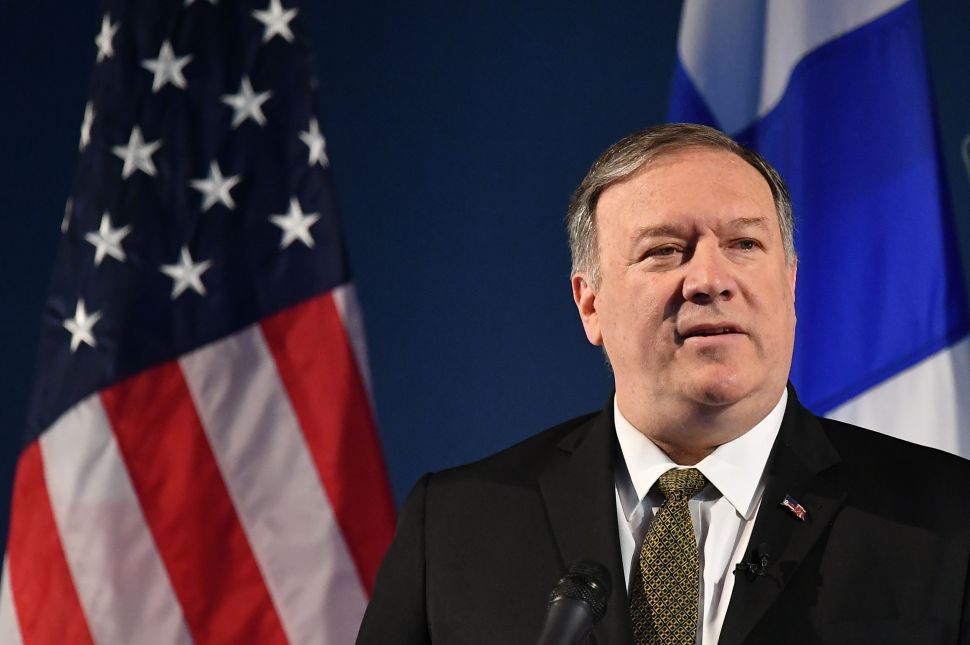