Last year’s Mission: Impossible—Fallout was a towering success. The best pure action film since 2014’s Mad: Max: Fury Road, it set a franchise record, racking up $791 million at the worldwide box office. It marked the first time a director had returned for multiple installments of the series, and the overwhelmingly positive reception has earned filmmaker Christopher McQuarrie two more go-arounds.

The tricky thing? Over the past three features, star Tom Cruise has scaled the tallest building in the world, clung to the side of an ascending airplane and dangled from a helicopter. In terms of wow factor, where the hell do you go from there? How do you continue to raise the bar? We’re asking because we straight-up have no idea. Fortunately, McQuarrie understands this quandary and is planning to deliver for M:I parts 7 and 8.

“I pitched the idea of making two movies, and now I have to justify why it’s two movies,” he told Empire in its new John Wick issue. “You’ve got to earn that. You’ve got to make something that swallows the last three movies whole. I’m freaked out now. We’ve talked ourselves into something. Holy shit.”

Some fans have playfully teased that Cruise’s Ethan Hunt should head to space and get his long-overdue Moonraker moment. Thankfully, that isn’t in the cards.

“Here’s the problem with going to the moon: How do you fall from the moon?” McQuarrie said. Perhaps Cruise wouldn’t fall, per se. Maybe it’d be more like zero-G floating in style?

Paramount Pictures, the studio behind the Mission: Impossible franchise, has retrofitted its release schedule to better compete in Hollywood’s franchise-driven eco-system. Though last year’s Bumblebee rebooted the Transformers series, the M:I movies remain Paramount’s flagship series. Cruise, who turns 57 this summer, can’t do these movies forever (and one might argue he should stop doing them now after breaking an ankle on Fallout). So it’s imperative that these final two films match our expectations as the studio bulks up its roster of heir-apparent blockbusters. In the meantime, Cruise has an opening in his schedule in case he wants to chase an Oscar. 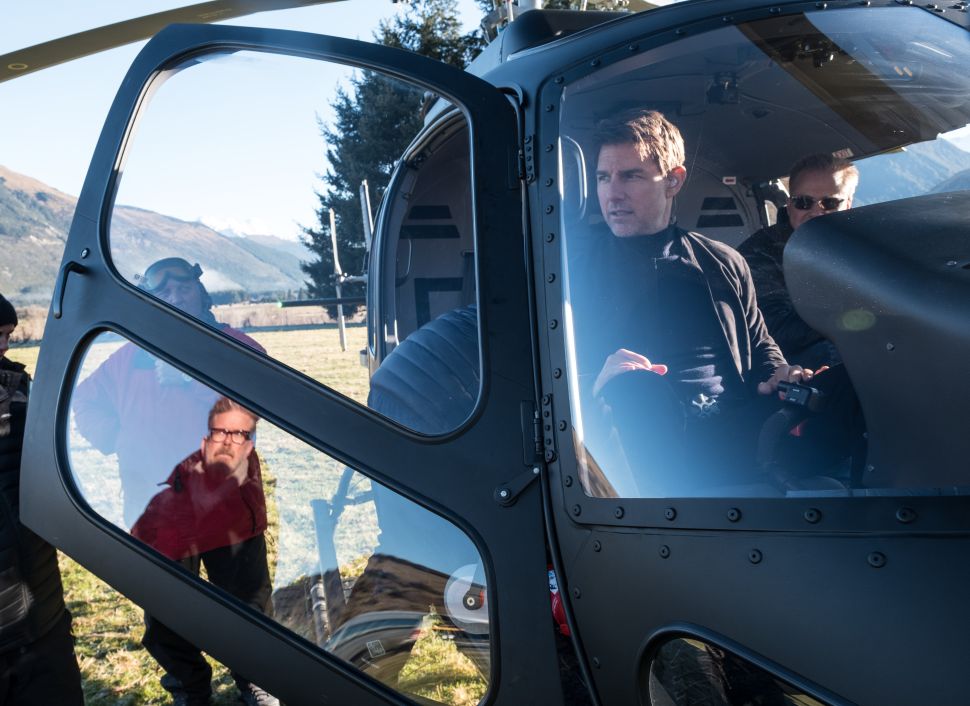