House Speaker Nancy Pelosi (D-Calif.) used Special Counsel Robert Mueller’s first public remarks given on Wednesday to push an anti-corruption bill she believes will get corporate money out of politics and crackdown on disinformation campaigns.

“We call upon the Senate to pass H.R. 1, the For the People Act, to protect our election systems,” said the House Speaker in a statement. “We salute Special Counsel Robert Mueller and his team for his patriotic duty to seek the truth.”

Sponsored by Rep. John Sarbanes (D-Md.), H.R.1 is sweeping legislation intended to focus on campaign finance reform, expanding voting rights and strengthening the government’s ethics laws. Under the bill, the federal government would match small political donations of $200 or less, require the president and vice president to disclose 10 years of their tax returns, and require social media companies to disclose the source of their funding for political ads.

The bill passed the House in March, but is expected to be dead on arrival in the Senate—Senate Majority Leader Mitch McConnell (R-Ky.) called the legislation a “power grab” and accused Pelosi of weaponizing the Federal Elections Commission “with a 3-2 partisan makeup.”

Pelosi’s endorsement of the legislation may come across as insufficient to many Democrats, who have been pushing the House Speaker to move toward the start of impeachment proceedings. The House Speaker has been lukewarm to the idea, though recently met with congressional Democrats to discuss the possibility of impeachment.

Pelosi did not hold back on how she viewed the language Mueller used in his public statement, however. 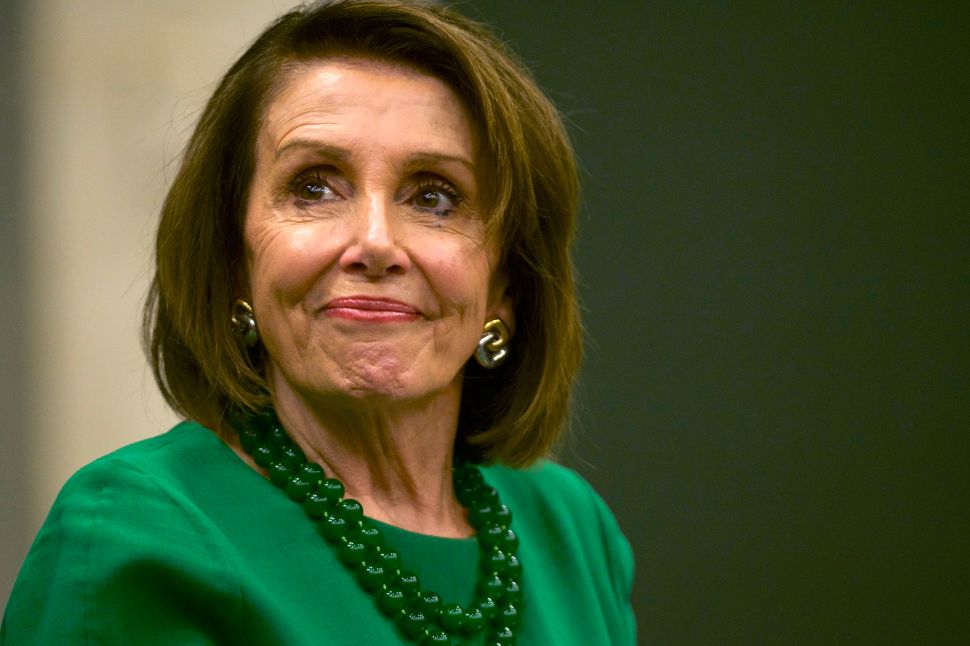