House Speaker Nancy Pelosi (D-Calif.) quipped that President Donald Trump “was never serious about infrastructure” after he derailed a meeting on Wednesday, according to POLITICO‘s bureau chief.

The meeting held between Trump officials and Democratic leaders was supposed to involve negotiations on how to best reach an infrastructure compromise, but came just after Pelosi met with House Democrats to discuss the possibility of impeachment. Democrats at the previous meeting had accused Trump of a “cover up,” which Trump brought up when he confronted Pelosi.

“Instead of walking in happily into a meeting, I walk in to look at people that have just said that I was doing a cover-up,” Trump told reporters from the Rose Garden. “I walked into the room and I told Senator Schumer, Speaker Pelosi: ‘I want to do infrastructure. I want to do it more than you want to do it. I’d be really good at that, that’s what I do. But you know what? You can’t do it under these circumstances. So get these phony investigations over with.'”

Senate Minority Leader Chuck Schumer (D-N.Y.), who arrived at the White House with Pelosi, suspected Trump cut the talks short because they would have involved ironing out a way to pay for the infrastructure bill.

“Hello! There were investigations going on three weeks ago when we met, and he still met with us,” said Schumer, according to The New York Times. “But now, when he was forced to say how he would pay for it, he ran away. And he came up with this preplanned excuse.”

“He just took a pass and it just makes me wonder why he did that,” added Pelosi. “In any event, I pray for the president and I pray for the United States of America.” 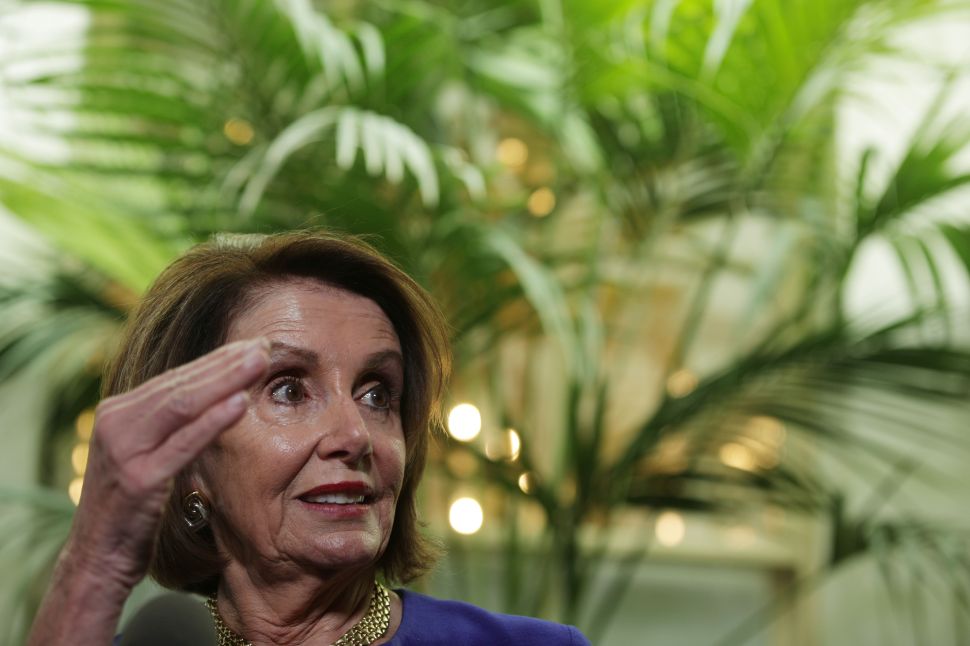