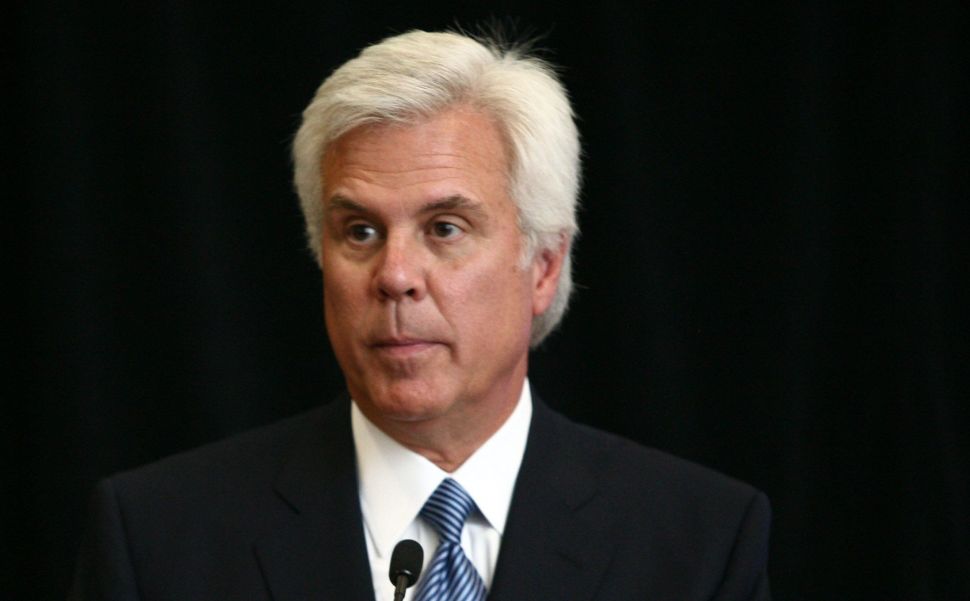 It’s not every day a top political power broker lashes out at a governor from his own party, but that’s exactly what George Norcross did—tearing into Gov. Phil Murphy in an interview with NJ.com.

In the interview, Norcross, one of the most powerful Democrats in the state, blasted a Murphy administration task force investigation into tax breaks awarded by the New Jersey Economic Development Authority. Norcross contends that the investigation is an attempt to harm him and Senate President Steve Sweeney, a Norcross ally who has thwarted much of Murphy’s progressive agenda.

Norcross, who played a role in gaining tax incentives for companies he, family members and allies are involved in, has claimed that there was nothing illegal about those efforts, which he said brought much-needed development to Camden.

“We busted our asses to do everything we could to get companies to come to American’s most dangerous city and its poorest city. What the hell is wrong with that, as long as you comply with the law?” Norcross said, according to the report.

Murphy defended the task force investigation, saying it was formed following a “scathing audit” by state Comptroller Philip Degnan, originally appointed to the post by Republican Gov. Chris Christie.
But Norcross believes the task force was formed to target Murphy’s enemies. Christie has also blasted the panel as a “show trial commission” and attacked Murphy for politicizing the tax incentives program.

The fight among the top Democrats in the state is turning uglier at a critical time for Murphy. His efforts to legalize recreational marijuana use, a major campaign pledge, have stalled and he’ll need Sweeney’s aid convincing reluctant legislators to move the plan forward. The state must also adopt a new budget by July 1 or face a government shutdown. The governor and the senate president are already at loggerheads: Sweeney opposes Murphy’s calls for a millionaires’ tax while Murphy, who is closely allied with the state’s powerful public workers unions, is unwilling to answer Sweeney’s efforts to rein in state employee benefits to address New Jersey’s ongoing financial and affordability problems. The state narrowly avoided a shutdown last year in a standoff the eventually saw Murphy back down.

But the tax incentive issue poses peril for Norcross and his allies. Attorney General Gurbir Grewal, a Murphy appointee, has said he will investigate the incentive program.

Quote of the Day: “He thinks he’s the King of England and Mrs. thinks she’s the Queen of England, and they don’t have to answer to anybody. And they’ve gone out there recklessly, stupidly and incompetently time and time again.” — Democratic political boss George Norcross, in a scathing attack on fellow Democrat and political opponent Gov. Phil Murphy.

Jersey’s ‘Brain Drain’ Outmigration Problem Keeps Getting Worse
A report on the outmigration “brain drain” pattern of New Jersey’s young adult population has been updated with new data, and it shows the problem keeps getting worse.
NJ101.5 Read more

Overtime Rising in NJ Prisons to 775,000 Hours, $38M
Overtime costs in the state Department of Corrections have gotten the attention of state lawmakers—growing 4% from last year at a cost of $38 million and up more than 15 percent from the levels five years earlier.
NJ101.5 Read more

Murphy Signs Law Ending Automatic Death Penalty for Some Dogs
Dogs no longer will be automatically put to death after being taken from dog-fighting environments or after defending owners against human attacks, under a law signed Tuesday by Governor Phil Murphy.
NJ101.5 Read more

Lakewood Schools’ Plan to Save Money? Hire a Therapy Pony.
Yes, the perennially cash-strapped Lakewood school district did hire a pony, officials conceded following a board meeting Tuesday night to adopt a 2019-20 budget that includes an unusually large increase of nearly $30 million in state aid for the coming school year.
NJ.com Read more

Paterson School Board Approves Budget That Will Eliminate 232 Jobs
After a dramatic reversal in the swing vote, the Paterson Board of Education on Tuesday night adopted a $516 million budget that will impose a 14-percent tax increase and eliminate about 232 jobs.
The Record Read more

Baraka Goes Toe to Toe with Grewal Over Civilian Complaint Review Board
Newark Mayor Ras Baraka and Governor Phil Murphy are pretty stout allies. But they don’t agree on everything. Or rather, Baraka objects strenuously to a position taken by Murphy’s attorney general, Gurbir Grewal.
InsiderNJ Read more

Murphy Wanted This Law to Protect Your Property Tax Break From Trump Reforms But NJ Towns Aren’t Lining Up
Perhaps for fear of leaving taxpayers “holding the bag,” no New Jersey municipality or county has taken Gov. Phil Murphy up on his plan to circumvent the $10,000 cap on state and local tax deductions enacted by President Donald Trump, Lt. Gov. Sheila Oliver said this week.
NJ.com Read more

If Hurricane Sandy Struck Again, Will New Jersey Be Ready? Here’s What a New Study Says.
Should a Sandy-like weather catastrophe strike or a bio-terror attack infect the supply, New Jersey can be counted on to protect its citizens better than it has in the past, although its response is still below the national average, a report Wednesday said.
NJ.com Read more

Editorial: NJ Should Seek Congestion Pricing Deal
The idea of congestion pricing isn’t a bad one: Lightening the traffic load in midtown Manhattan and steering people onto public transportation while providing more revenue and making a little cleaner the air we breathe are worthy objectives of the plan approved by the New York state legislature and agreed to by Gov. Andrew Cuomo.
Asbury Park Press Read more