With Olivia Wilde’s feature directorial debut, Booksmart, opening March 24, the actress turned director has liberated female valedictorians and math team stars everywhere from the shame of being too uncool for school.

Flipping the script on last-day-of-high-school comedies like the Jonah Hill-Michael Cera vehicle Superbad, Wilde casts Hill’s lookalike little sister, Beanie Feldstein, along with Kaitlyn Dever, as two L.A. besties. Valedictorian Molly and gay Good Samaritan Amy have overachieved throughout their academic careers—and intend to make up for lost time on one last good-girls-gone-wild night of drink, drugs and dangerous Ubering.

Observer: Watching the female-driven audience-pleaser Booksmart, it’s clear that you have a directorial vision. How did you achieve that on your first feature out?
Olivia Wilde: I’ve admired filmmakers with clear perspectives like Spike Jonze, Amy Heckerling, Martin Scorsese, Cameron Crowe, Nora Ephron, Quentin Tarantino and the Coen Brothers. I respond to these directors’ unapologetic perspectives. This is a way I can tell my story, the movie only I can make. I had to make choices and stay true to them and put my personal stamp on the movie.

What was your “aha” moment, when you decided becoming a director was a goal?
It was a slow burn. What I really enjoyed about making movies was the process of collaborating. A director does that more than anything on set, interacting with every single department. Like a moth to a flame, I found myself gravitating to video village where the brain trust was hard at work. For actors, the work process is uneven. It’s stop and start. I found that exhausting and isolating. With directing, I was plugged in 100 percent of the time.

You started taking baby steps over nearly a decade, making a short at age 26 and music videos—did that ease the transition?
They helped me find my voice. I remember a pivotal moment on The Magnetic Zeros video. We were on a New Orleans levee with the band up on a hill, the very shot that I’d dreamed up in my head. A vision becoming real is very exciting. [Guitarist] Alex Ebert turned to me and said, “You know you have to direct a movie.” That was the moment I decided this is what I’m going to do.

Putting yourself out there artistically takes courage: What was your fear? And how did you overcome it?
My fear was that I wouldn’t be able to accomplish what I wanted to do in 26 days. The courage that required was a real decisiveness: prepping carefully, making choices and sticking to them, and feeling confident. You don’t have time to waffle. That’s the challenge of any director. There’s the fear you won’t get it done in time. You have to have the courage to head into battle with your crew and make decisions that allow everyone else to feel safe within your decisiveness.

Any epic fails along the way?
Nothing was truly a failure, a moment where it fell apart. But there was a moment when we ran out of time and couldn’t get a shot. On set, you always learn how to tell the story more efficiently than you even imagined and have to make snap decisions to prioritize. But there was no moment where we were truly screwed.

How’d you keep the cast stoked during those long, wet night shoots?
Music—a lot of Lizzo, and a lot of hip hop to keep everyone energetic: A Tribe Called Quest and Kendrick Lamar. And snacks: when you felt everyone get hungry, then hangry, it can be difficult to reverse. We had a lot of night shoots and it can get chilly stuck in that pool. So I kept it very heated. As an actor, I’ve been in too many cold pools.

You cast your husband, Jason Sudeikis, as the high school principal who moonlights as a driver. Fun or fraught?
Jason is one of the world’s best improvisers. It was really a thrill watching him work.

Feldstein typically plays support. She caught my attention in Greta Gerwig’s Lady Bird, and I fell hard for her virgin LARPer Jenna in FX’s What We Do in the Shadows. Why’d you cast her as the co-lead?
Beanie! She’s so great. She has the singular quality of being intelligent, warm and funny in her bones. It’s a combination you don’t see often. She’s so open. When I first met with her, she looked straight into my eyes and held eye contact with her big brown eyes. She has a movie star quality. I couldn’t take my eyes off of her. She was my dream Molly for a year before I got to cast her. There was no one else who could have played Molly.

How did your acting experience influence your directing?
I wanted the cast to know that they were my partners in telling the story. As an actress, I’d always wanted to feel I was a part of the process—whether it was with Jonze, Scorsese or Ron Howard. I wanted to be a collaborator, not a pawn.

What’s your advice for young women who want to direct movies?
Music videos are a good place to play and practice. You can do them on your cellphone. Music videos are like a poem prepping to write a novel. They’re a great way to dip your toe in the pool and try to find your voice. 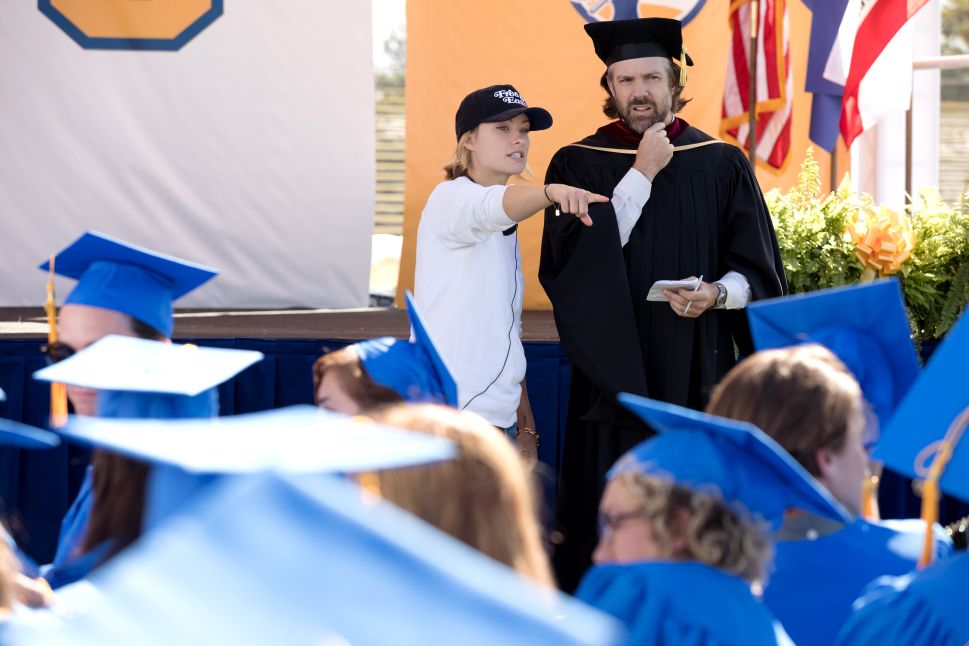