Dodgy intelligence supports ramping up for war against a troublesome four-letter Middle Eastern country starting with ‘I’—what could possibly go wrong? If you feel like you’ve seen this movie before, it’s because you have.

Today, Tehran announced its partial withdrawal from the 2015 Iran nuclear deal, President Barack Obama’s diplomatic crown jewel. President Hassan Rouhani went on television to explain his country’s intent to back away from the Joint Comprehensive Plan of Action (JCPOA), faulting “hardliners” in the United States for the deal’s implosion.

Of course, Rouhani’s right here. President Donald Trump, despite warnings from our European allies, pulled America out of JCPOA already, denouncing it as “a horrible one-sided deal that should never, ever have been made.” His administration then upped the ante by announcing its intent to destroy Iran’s already sanctions-hobbled economy by blocking Iranian oil sales abroad. This move is viewed as tantamount to a U.S. declaration of war by the mullah regime, while Americans ought to ponder just how much FDR moderated Japanese aggression with his oil embargo on Tokyo in August 1941.

Russian Foreign Minister Sergei Lavrov today explained that the Kremlin places blame for the imminent collapse of JCPOA on the White House, citing “irresponsible behavior” by the Trump administration. It’s never a good day when we give Moscow factually accurate anti-American talking points.

What’s going on here? John Bolton, President Trump’s fire-eating national security advisor, has never been shy about his loathing of Iran’s revolutionary regime. That he avidly wants regime change in Tehran is no secret. Since Bolton has no formal place in the President-to-Pentagon chain of command, it was strange that he—not the defense secretary or a top general or admiral—was the one on Monday who announced the deployment of a U.S. Navy carrier strike group and a U.S. Air Force bomb task force to Central Command, the Pentagon’s Middle East command, to deter an undefined “number of troubling and escalatory indications and warnings” emanating from Iran.

Tehran pooh-poohed Bolton’s announcement as puffery, “a clumsy use of an out-of-date event for psychological warfare.” A spokesman for Iran’s national security council added acidly that Bolton “lacks military and security understanding and his remarks are mostly meant to draw attention to himself.” Moreover, the U.S. Navy’s top admiral explained that the deployment of the USS Lincoln and its strike group to the Persian Gulf, in fact, had been planned “for some time now,” indicating that Tehran may be correct here.

Then, there’s the matter of the Iranian behavior that’s allegedly spurring our military moves. The White House has been vague, but Secretary of State Mike Pompeo explained yesterday, on a sudden trip to Iraq, that we have intelligence that Iran was planning terrorist attacks on Americans or our allies in the region. “These were attacks that were imminent,” Pompeo added. One is entitled to ask, if the Iranian terror threat to Americans in the Middle East is so great, indeed imminent, was it wise for Pompeo to put himself in Baghdad right now?

The whiff of deception lingers, as does the question of what this nebulous intelligence is. Given the not-long-ago debacle over flawed intelligence providing justification for President George W. Bush’s 2003 invasion of Iraq, the Trump administration cannot expect anybody to just take their word here. Not to mention that this White House has zero credibility with even America’s closest allies, thanks to the president’s indefatigable mendacity, including his ceaseless bullshittery on Twitter.

Contrary to reports in the pro-Trump media that the threat intelligence on Iran was “unusually specific,” others assert that the warning of “imminent” attacks by the Iranian Revolutionary Guards Corps, the notorious IRGC, or its proxies, was, in reality, vague. According to The Daily Beast, we know that the IRGC has made plans to attack U.S. interests in the Middle East, but that information does not indicate any actual attacks happening soon, much less imminently.

In other words, the IRGC creates operational plans for contingencies. Because that’s what militaries do, even ones that engage in terrorism (conveniently for the current narrative, the White House pronounced the IRGC an official “foreign terrorist organization” just a few weeks ago). This would be like Pyongyang dramatically declaring that America is going to imminently attack North Korea because the Pentagon has classified, ready-to-go war plans against them—which, of course, we do.

Then, there’s the unsettling matter of where this threat intelligence came from. Axios reported on Monday that it was Israeli intelligence, specifically Mossad, that provided Bolton with the information spurring the current crisis. According to Barak Ravid, a respected Israeli journalist, the intelligence that Mossad gave Bolton two weeks ago “was not very specific at this stage” but involved “possible Iranian plots against the U.S. or its allies in the Gulf.”

More troubling is the fact that Israel—the only American ally which actually likes Donald Trump—chose to pass this information to Bolton directly rather than via normal intelligence-sharing channels. Between Mossad and its American partners, those secret channels are robust and open for business 24/7. It’s impossible to avoid the suspicion that someone high up in Israel knew that American spies would not take vague threat warnings seriously, while any intelligence, no matter how sketchy, that could justify increasing tensions with Tehran right now would be greeted warmly by Bolton.

Neither can one avoid the suspicion that President Trump might welcome any distraction right now, as Robert Mueller prepares to head to Congress next week to explain his side of what happened with his report on the president and the Russians in 2016. It’s a stretch to think that Trump wants an actual war with Iran. For Bolton, however, it’s difficult to be sure.

As I’ve explained previously, Operation PERSIAN FREEDOM is a madcap idea which bears no resemblance to military or strategic realities. With a desperate need to get reelected in 2020 to avoid legal consequences, President Trump is gearing up for the fight of his life. He needs all the help—and money—he can get his hands on. Including Sheldon Adelson’s. That Republican mega-donor is obsessed with Iran (he’s publicly suggested dropping a nuclear bomb on that country, just because), and he gave the GOP more than $100 million for the 2018 midterms. Perhaps President Trump can get even more for his reelection if he pokes Iran hard enough.

This can all go sideways, badly. The enemy always gets a vote, per the hoary mantra, and we have no idea whether Tehran will know if Team Trump is merely bluffing. Starting a war is easy, while stopping one is hard: a lesson which America’s Iraq debacle ought to have taught everyone in Washington, but somehow didn’t. 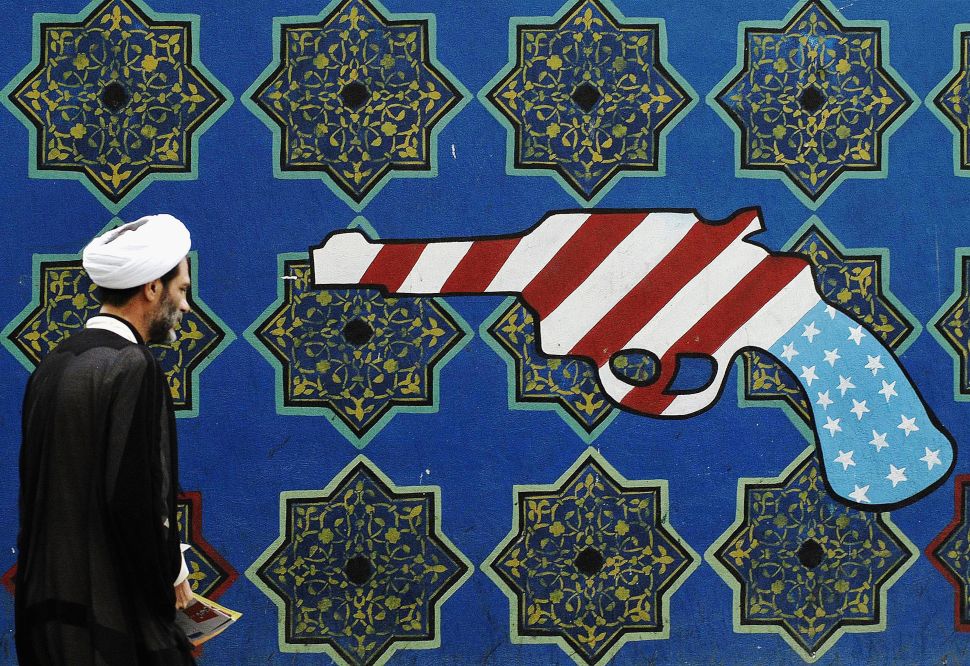