When news of the nationwide college admissions scandal hit your preferred news feed, chances are your cerebrum lit up like a fireworks display on the Fourth of July. There’s a reason so many people had such a viscerally negative reaction to a bunch of rich families being accused of paying big bribes to get their kids into college: We can truly picture well-heeled couples having hushed phone conversations with shady masterminds and would-be snotty brats doing nothing to earn their prestigious educations. Thus, universal derision.

You can’t buy that kind of built-in narrative schadenfreude, which is why a limited television series about “Operation Varsity Blues,” as the scandal has been dubbed, is getting made. The as-yet-untitled show, which will resemble FX’s American Crime Story, doesn’t have a parent network yet, but it’s being written by The People v. O.J. Simpson scribe D.V. DeVincentis. The overseers? The company Annapurna Television, who have optioned the rights to Accepted, an as-yet-unpublished book about the admissions scam by Wall Street Journal reporters Jennifer Levitz and Melissa Korn that will unpack the scandal in detail.

In an ironic twist, Accepted is also the title of a 2006 comedy about a hapless high school graduate who, after being rejected from every college he applies to, decides to invent a fake college called the South Harmon Institute of Technology (S.H.I.T.) Justin Long and Jonah Hill starred in it.

Central to the scandal is Lori Loughlin, the former Full House and Fuller House actress who, along with her husband Mossimo Giannulli, has pled not guilty to charges of conspiracy to commit fraud and conspiracy to commit money laundering. Prosecutors say that Loughlin and Giannulli paid north of $500,000 in bribes to a fake charity to ensure their daughters—YouTube vlogger and aspiring beauty brand owner Olivia Jade and her younger sister, Isabella Giannulli—admission to the University of Southern California. Jade, who apparently didn’t know her parents had cheated for her on her behalf, recently moved out of her mom and dad’s home in Bel Air and was spotted shopping at IKEA for new furniture. Bleak.

It seems Loughlin is increasingly confident that she won’t see jail time: “The more that [the attorneys] look at the alleged evidence against them, the better they feel about the case,” a source told People. “Everyone is feeling more and more confident that this could end well for them.” Her apparent personal conviction that a panel of jurors would perceive her as innocent is certainly fascinating given that if convicted, Loughlin and her husband could each receive a maximum sentence of 20 years in prison.

In other words, Loughlin would make the perfect TV character. Her chipper denial and steadfast devotion to appearing blameless make us think that Reese Witherspoon could play her perfectly—the two even sort of look alike. As for Felicity Huffman, who pleaded not guilty in the case… well, we’re gunning for Julianne Moore to take on that role. And influencer Jade could only be played by another talented young woman with a huge presence on social media: We’re thinking Camila Mendes from Riverdale would kill it. 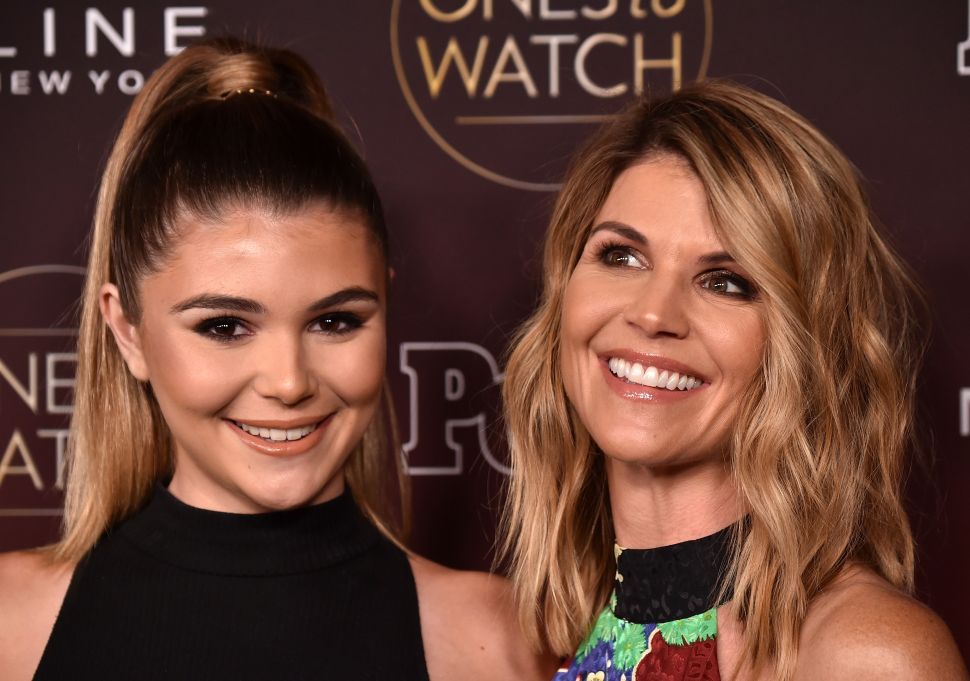