As the director of the American Federation of Arts, Pauline Willis is well aware of how important it is to introduce the visual arts to communities that may not otherwise be exposed to them. During her first year at the helm of the organization, Willis significantly multiplied the number of traveling exhibitions on the AFA’s schedule and generated new connections with museums in South America, Asia and the Middle East. Hers is a truly global enterprise fueled by a passion for putting great works in seemingly incongruous settings, so that they may be enjoyed by as many people as possible.

On May 21, Willis will be one of the distinguished speakers present at Observer’s inaugural Business of Art Observed event, where luminaries such as Sean Kelly of New York’s Sean Kelly Gallery and Elizabeth von Habsburg, managing director of Winston Art Group, will parse through what makes the art world tick in 2019. Willis spoke to Observer about how the AFA has evolved, some of her greatest professional triumphs and what exhibitions she’s most looking forward to.

Observer: The AFA was founded in 1909 as a way to ensure non-metropolitan centers also had access to incredible art. Over the past 100 years, how has the mission changed?
Willis: Certainly there are a lot more museums than there were 100 years ago, including the National Gallery and so many of the other regional museums that have become such important contributions to the field—and just to art in America. That’s been the biggest change since the founding of the AFA. But it’s almost like the building of these museums has actually increased the importance of the AFA’s work, because while these museums that have come up have incredibly important collections, there are areas that will obviously be missing in terms of the art historical perspective. That’s where the AFA comes in. The AFA will organize exhibitions that will go to these communities and these museums, so the museums are able to do programming with the exhibitions that will bring in audiences from a broader perspective and bring in a wider range of audiences into their museums.

So as we see more and more museums, the effort becomes about making sure as many people as possible can go to them?
Exactly. We do this so that they can attend the museum and take advantage of certain aspects of the art historical perspective that the museum might not cover in its permanent collection. Some of the museums we are working with don’t have a collection themselves, so we’re actually able to provide them with programming—that’s been the case on numerous occasions throughout our history. The way that we have not changed is that we are still doing traveling exhibitions. One of the first exhibitions the AFA ever did was at a library at Fort Worth, Texas, and there was no museum built there yet. So the thing that’s remained constant is the exhibitions and the collaborative work of the American Federation of Art. That’s been the case since 1909 and continues to be the main focus of what we do. So fast-forward, and we’ve now organized more than 3,500 exhibitions and we’re celebrating our 110th year. This year is actually our 110th anniversary.

How has a more global art world and art market changed what the AFA does specifically?
We are obviously a nonprofit organization, so our focus is mainly on collaborating with museums. We’re not directly involved with the art market, but it’s important to note that one of the main drivers of the globalized art market is the growth of museums internationally, and certainly if you look at how many museums have been founded in the last 10, maybe 15 years or so, you’re looking at more museums. I think the statistic is that more museums have opened between 2000 and 2014 than in the previous two centuries. So when you look at Asia and the Middle East, you know, there are buyers that are continuing to build museum programs, so with the constant growth of museums each year, you can just imagine what effect that has on the art market. So while we’re not directly involved, the purchase of big-name masterpieces is really what’s important in terms of these museums across the world, because they’re looking at cultural influences and at the growth in visitor numbers just like we are in the United States.

We want to make certain that we are looking at those trends, because we want to think about the fact that there are museums that don’t have the funding for particular artwork if they have a small acquisition budget, so we are looking to make sure that certain masterpieces are able to come to these communities. I’ll quote an example from a few years ago. We did an exhibition called “Rembrandt, Van Dyck, Gainsborough: The Treasures of Kenwood House, London.” This exhibition was tremendously successful here in the United States because it went to four venues across the country. You know, there was no way they would have been able to experience a wonderful master such as Rembrandt and to actually see an iconic Rembrandt self-portrait in Little Rock, Arkansas, so that was noteworthy. That’s, in effect, the AFA’s mission.

What have been some of your favorite responses to the “Black Refractions” exhibition?
Oh, my gosh. Just developing that exhibition and starting the journey of the touring exhibition, which opened in January at the Museum of the African Diaspora in San Francisco. Just collaborating with associate curator Connie Choi and the team at the Studio Museum in Harlem to select this amazing artwork that represents the diversity and the story of the Studio Museum in Harlem has been something that has been so wonderful for the AFA. We’ve only had one opening so far at the Museum of the African Diaspora, and it’s received an incredible amount of press and attention simply because these artists are so incredible. To see that so many of them can trace their beginnings back to the Studio Museum in Harlem—that’s been an amazing story to tell. So many of the venues, so many of the museums on this tour, are really experiencing these artists for the first time. The communities will learn so much about this aspect of American art, so that’s been extremely rewarding—and I know it will continue to be as it travels across the country.

The next venue will be the Gibbes Museum in South Carolina. Then it’s going to the Kalamazoo Institute of Art in Michigan, then the Frye Art Museum in Seattle, and then it’s going to come around to North Hampton and then to Salt Lake City, Utah. It’s really taking a wide arc across the country. I can’t wait to see this exhibition in Salt Lake City, because, like I said, many of these communities will be experiencing this breadth of artists for the first time. I mean, they’re big names that people have heard of such as Kehinde Wiley and maybe Nari Ward and, you know, some of the other names that have managed to permeate households in America, but there are others people will not have known as much, and that is very exciting.

Another exhibition that the AFA will be doing is “Romare Bearden: Abstraction,” which will begin in October 2020 at the University of Michigan Museum of Art in Ann Arbor, then go to the Frye Art Museum, and then onto the Gibbes Museum. My point being that two of the museums that are on the “Black Refractions” tour will also be presenting the “Romare Bearden: Abstraction” exhibition, which I think is an interesting follow-up to “Black Refractions” because it’s presenting one amazing African American artist and showing his work in an entirely different way that most people have not been exposed to. Most people know his collages, but he was an amazing abstractionist prior to that, so this is an opportunity for people to learn about that period of time. It’s a wonderful little exhibition. 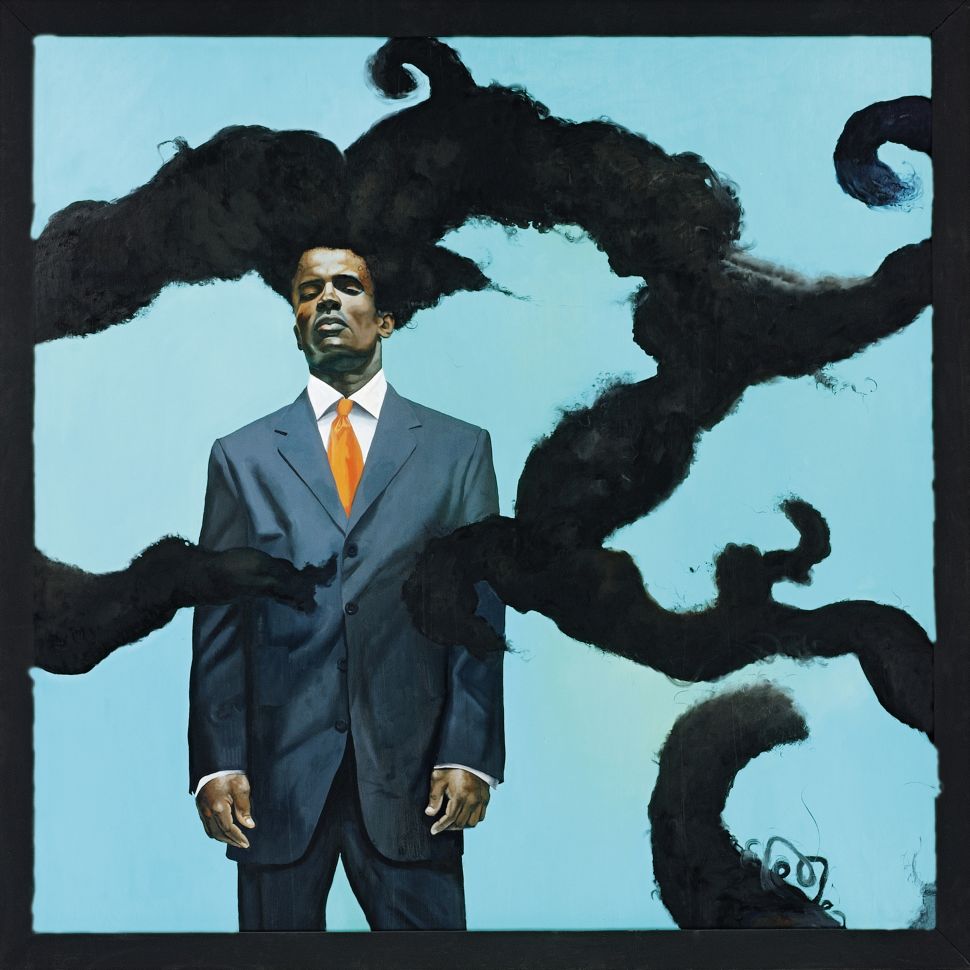