Welcome to Power Lunch, an Observer-exclusive interview series in which we’ll bring you intimate and expansive conversations with the most influential figures in dining and nightlife. We’re kicking things off today with Zachary Golper, a hard-core bread nerd with a passion for sustainable agriculture and Russian kvass.

New York City–based baker Zachary Golper may not have won the James Beard award he was nominated for this year, but the chef and owner of Bien Cuit has so many projects on his plate most days that official recognition feels like an afterthought.

In addition to keeping Bien Cuit’s Brooklyn location humming along at a breakneck pace, Golper is also the co-author of the book The Art of Bread, a father of two young children and an inventive, environmentally conscious thinker who spends a great deal of time considering how his cooking practices can replenish the earth’s dwindling resources. Observer recently spoke to him about the science (and geekiness) of bread making and the joys of finding new ways to serve pickles.

Observer: So you’re in San Francisco right now. What are you doing there?
Golper: I’m here for an event I’m doing with Firebrand. It’s this cool Oakland bakery that’s got a really nice guy running it, Matt Kreutz, and we just sort of buddied up and decided to do a fermentation collaboration. It’s a bread geek thing I do with people sometimes, where we’ll just make stuff together. It also gives us the opportunity to communicate with people about intelligent sourcing and fermenting—how we get there and how you can do it at home with your own family. You can make your own bread—you don’t need us—but it’s fun to watch somebody else’s operation, learn a little bit about it, and hopefully grow and become a better baker and a better human.

In addition to bread, you do pastries. What sort of ingredients are you into right now?
The first ingredient I absolutely fell in love with was kvass malt. Kvass is a drink people make, and there’s a specific way to malt that Russians do that makes it much darker. They sprout the grain and then roast it instead of just drying it the way most maltsters do. So you actually get Maillard reactions and caramelization, or the diastatic malt. The diastatic malt essentially turns its own starch into sugar, and you get this semisweet syrup.

All maltsters know how to make malt syrup. The problem is by the time you make it, it’s no longer diastatic, so it’s no longer enzymatically active. But it tastes good, so it becomes an ingredient like saba or molasses or agave nectar. I never had a chance to work with kvass malt syrup until I started investigating what makes Lithuanian bread Lithuanian, and what makes Russian bread Russian. They’re kind of similar—you’re walking a fine line between those two styles—but it’s that kvass malt syrup that makes the difference. That’s when it hit me: When people talk about a Jewish rye, a Russian rye, they aren’t talking about the stuff you find in most grocery stores that’s got caramel coloring or cocoa powder or something in it that makes it a darker color. They’re talking about the real stuff made with this kvass malt syrup. It’s just a light sweetener that adds a lot of flavor.

Do you find that changing the form of a certain type of food often improves its quality, or are you just like a mad scientist playing with a bunch of different stuff?
I don’t think I’m a mad scientist, but, for instance, let’s say you’re going to dehydrate a pickle. A pickle is a very wet thing. It has a very specific taste, but there are many different types of pickles out there. If you dehydrate it, you’re not capturing exactly what that pickle is when it’s fresh, but you are capturing something unique, because if you dehydrate one and then dehydrate another, they’re two very different fermented foods that have been dehydrated. You can definitely taste a difference.

So then, now that I’ve got this powder that has this intense flavor, what do I want to do with it? Well, my options are wide open because it’s no longer this briny, moist substance. If I put that in a bread, it would make the bread taste like it a little bit, but it will also add a lot of —it’ll add vinegar. But now that I’ve got it in a powder form, maybe I make a mayonnaise with it. Maybe I enhance an umami flavor by adding the acidity. Or maybe I decorate a savory danish with it—just put a bit of this beautiful green powder on a corner of it that adds so much to the flavor. There are different ways of looking at it, but I think it’s just taking what you have and figuring out new applications.

Are there any restaurants you’re currently digging?
Well, to be completely clear, we’re about to have our third kid.

Oh, my gosh. Congrats!
Thank you! I’ve got two younger ones. I’ve got a 7-year-old and one that’s about to turn 2, and then the other one’s going to be born in, like, six weeks, so we’re very much homesteaders right now. We recently went to Olmsted, which happens to be pretty close to my house in Fort Greene. I just loved it. I was trying to figure out how you define its cuisine, and then by the end of the meal I was like, well, you just don’t. The team is gonna do what feels good and tell a good story, and it’s a pleasure to eat, and that’s what they’re going to serve.

I will always be a huge fan of Estela. I also like the way the chef Justin Smillie does food. And there’s a little place in Brooklyn’s Chinatown called Pho Viet, which is this little hole in the wall. Whenever I’m around that part of town I go there, or I go to Taqueria El Maguey because it’s incredible. And for charcuterie I go to Jubilat Provisions on Fifth avenue.

When you’re not eating, what projects are you working on?
I’m always working on new menu items and have been strangely fascinated with working with rice flour and almond flour and coconut flour to make foods for celiacs. For a long time I was just like, “I do bread and I ferment it slowly. I make food that is very accessible for people who have wheat sensitivities.” But I’ve never really made food for people who have celiac disease. I’ve been dealing with somebody in my wife’s family who has it. She used to be annoying to me—like, Oh, you’re here, so now I’ve gotta make gluten-free stuff for everybody. But now I’m looking at it differently. As a professional feeder of people, it’s my job to make some food that’s accessible to celiacs. So going down that road has been interesting for me.

I’m also trying to use my craft to genuinely support sustainable agriculture and regenerative agriculture with thoughtful intentional crop rotation and by paying attention to the soil, because soil is the final resource. If we fuck up the soil our grandkids are in real trouble. I think about my kids and where I take them on vacation. Like, taking them out into the woods with people who are experts on what lives in the woods—all that stuff is just so important.

I believe it’s my responsibility as a father and as a chef to make sure what I’m doing is truthful to what the reality is, and to hopefully impart to the next generation of chefs a little bit more wisdom than I had when I came into this world. 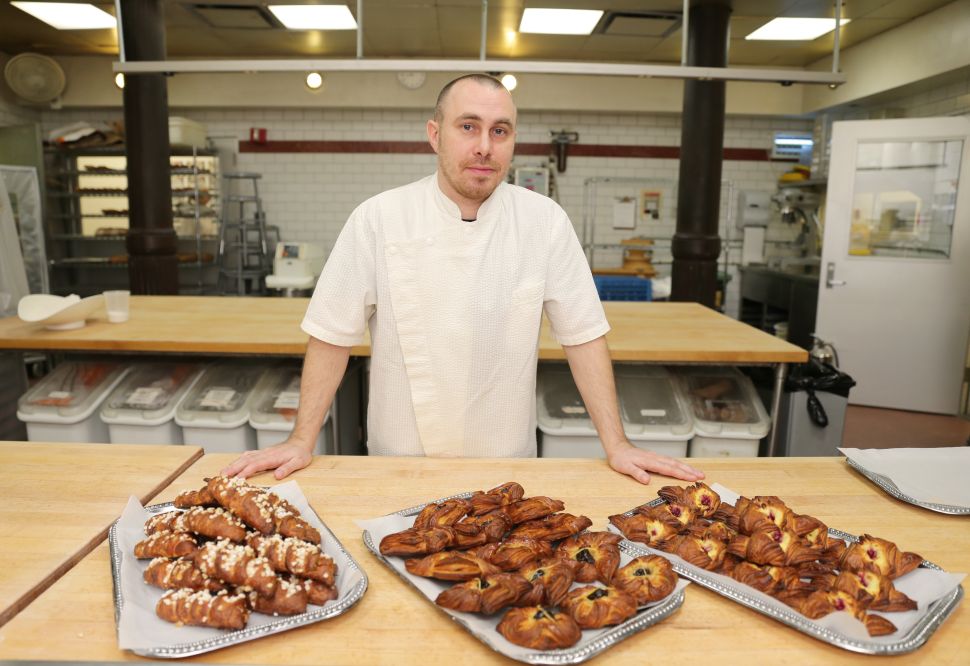