Rhetoric counts. What’s in a name? The indication of what we want something to mean, to represent, to be. So, when it comes to insurance copays—to be or not to be, that is the question. And today’s question is, what is a copay maximizer?

Some readers will have heard about copay accumulators: a tool used by pharmacy benefit managers (PBMs) to punish patients who have the nerve to use prescription drugs by ensuring that manufacturer coupons don’t count towards fulfilling copay requirements. Accumulators are so perverse and pervasive that many states have already passed laws banning them and more legislation is undoubtedly on the way. (These pieces of legislation have had broad, bipartisan support. In the final week of March 2019, the governors of Virginia and West Virginia signed bills into law to curb accumulators, and Arizona passed a similar law on April 11, as did Washington on May 1.) Patient advocacy groups are lobbying lawmakers and petitioning state insurance agencies to review these PBM programs to determine whether they violate consumer protection rules.

But have you heard about the copay accumulator’s twin sibling, the copay maximizer? It’s the newest in a series of schemes PBMs have put into place to enhance their already plentifully padded bottom lines at the expense of appropriate care and patient choice.

Also known as variable copay programs, copay maximizers increase the copay amount for a drug so that it mirrors the coupon’s monthly value. The total value of the coupon is applied evenly throughout the benefit year but does not count against a patient’s cost-sharing obligations. The result, as with accumulators, is that PBMs reduce their financial liability by leveraging the value of the coupon and the beneficiary cost-sharing amounts. In short, maximizers raise copays for patients using coupons.

According to research from Zitter Health Insights, more than a third of commercially insured individuals are enrolled in health plans that have implemented accumulators or maximizers. A survey by the National Business Group on Health found that about a quarter of employers currently utilize these programs and as many as half plan to do so in the next two years. So far, accumulators have had greater uptake among plans than maximizers, largely because accumulators are less complex and are capable of achieving greater cost savings.

In contrast to accumulators, maximizer programs have more varied and flexible designs that can be tailored to apportion costs. Regardless of the selected program design, health plans should consider supplementing their programs with beneficiary outreach regarding the effects of the programs, as well as any less-costly alternatives or charity assistance options.

As Adam Fein, CEO of Drug Channels Institute, pointed out, “Manufacturers have stepped up with more financial support to shield patients from the worst aspects of these benefit designs.” This support further inflates the gross-to-net bubble, the $166 billion pile of money that sits between a manufacturer list prices for a drug and the net price after rebates and other reductions.

According to Zitter Health Insights’ research from 49 plans and PBMs with 147 million covered lives, almost 60 percent of commercially-insured patients are enrolled in plans that have the capability to implement one of these two approaches, and an additional 28 percent of lives are projected to face accumulators and/or maximizers in 2019 and beyond.

Copay Accumulator Adjustment and Copay Maximizers, Prevalence and Use in Commercial Insurance, 2018 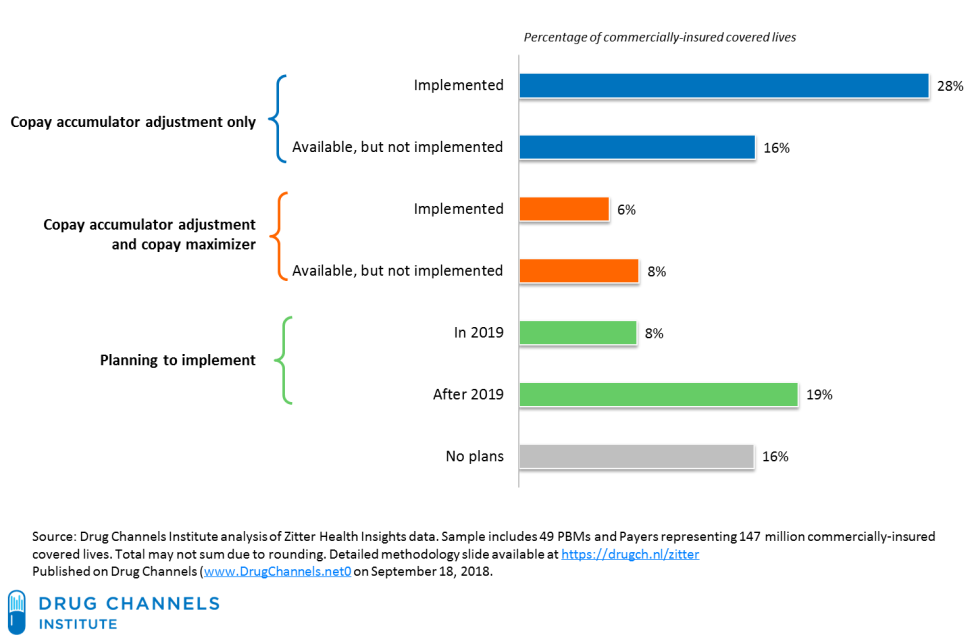 Is ‘Less Worse’ the Best We Can Do?

Whether you are accumulating or maximizing, both scenarios combine many of the worst aspects of our dysfunctional drug channel system:

Any way you look at it, PBMs are exploiting programs that have been put into place by manufacturers to make medicine more accessible to patients. PBM tactics such as maximizers and accumulators undermine these efforts by eliminating their role as copay assistance opportunities. The bottom line is that these programs are in place to negate the effects of discount cards and leave patients little choice but to seek less expensive treatments.

Whether you’re talking about accumulators or maximizers, the result is the same—maximizing accumulation for PBMs—to the detriment of patients.

Peter J. Pitts, a former FDA associate commissioner, is president of the Center for Medicine in the Public Interest and a visiting professor the University of Paris Descartes Medical School. 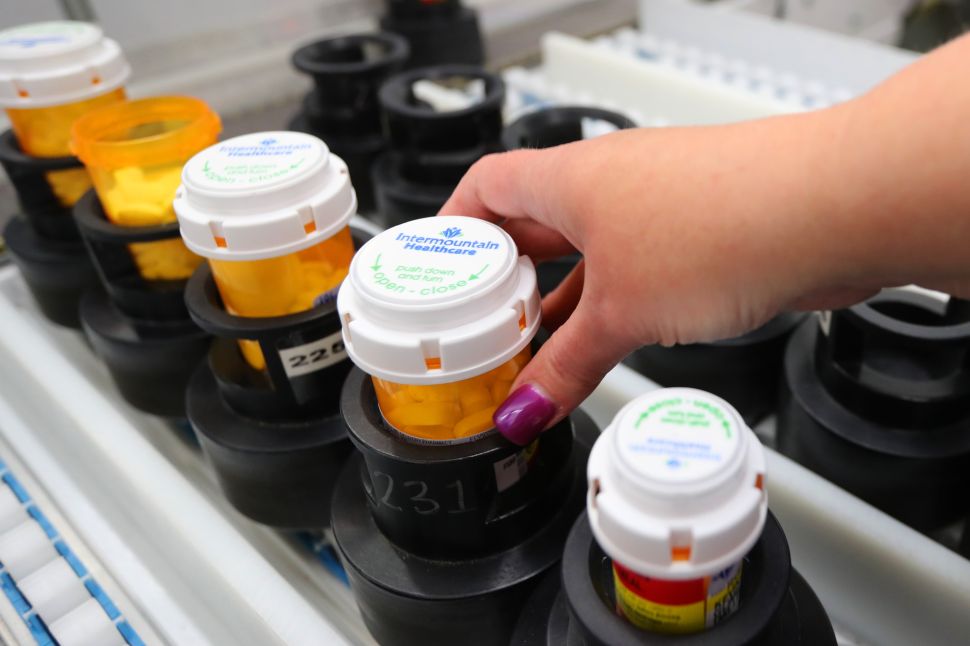