Every year, Prince Charles and Camilla Parker-Bowles open the gardens at Highgrove House to the public for guided tours on specific dates between April and October. But this year, you don’t have to head all the way over to Gloucestershire to get an IRL peek at the Prince of Wales’ beloved masterpiece—instead, you can take a virtual tour courtesy of Google Arts and Culture, in honor of National Gardening Week.

How are you marking #NationalGardeningWeek? 🍃🌻 Follow the link in our bio to explore The Prince of Wales’s gardens at Highgrove through a special @googleartsculture exhibition. 📸 @chrisjacksongetty

The digital exhibit explains the history of the home and, of course, the major changes that Prince Charles, a vocal environmentalist, implemented upon purchasing it as a private residence in 1980. He and Princess Diana would use Highgrove House as a country retreat and spend weekends there with Prince William and Prince Harry.

The virtual tour highlights the work Prince Charles has put into the house and gardens, particularly eco-friendly, sustainable features like solar panels, a wood-chip boiler heater and a special reed-bed sewage system. All waste is recycled, and in the garden it’s all about natural fertilizers and composting (Leonardo DiCaprio would approve).

The Stumpery is one of the most famous parts of the garden, particularly a tree house that was originally built in a holly tree for Prince William and Prince Harry. It’s apparently now used by the grandkids—perhaps Prince William and Kate Middleton’s children will soon be joined by Prince Harry and Meghan Markle’s baby.

Other areas you can tour from the comfort of your home computer include the Cottage Garden, Sundial Garden, Thyme Walk and Sunflower Meadow, as well as the Rose Pergola created in honor of Prince Charles’ 50th birthday and a memorial to his beloved Jack Russell Terrier, Tigga, because royals love non-corgis, too.

The royals are big on gardens (and privacy hedges)—just look at Meghan Markle’s new veggie plot at Frogmore Cottage and Kate Middleton’s upcoming design for the Chelsea Flower Show. It seems like the hobby is genetic, as Prince Charles previously spoke about how Prince George helped him out with some tree planting at Highgrove House.

Of course, if you’re in the U.K., why not opt for another secret garden moment? This isn’t the only royal residence the public can check out this month—Frogmore House at Windsor, near the Duke and Duchess of Sussex’s new abode, is open to the public for three days in May, for a very reasonable price of $9 a person. 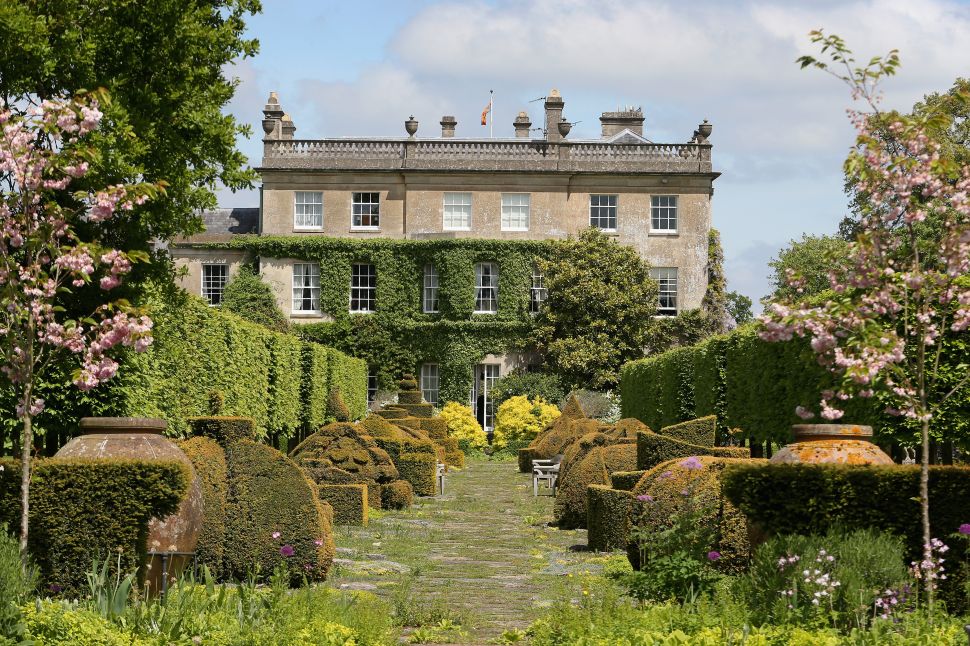