The countdown to the arrival of the new royal baby is somehow still going strong. Despite reports that Meghan Markle would welcome her first child in late March or perhaps the end of April, the littlest Sussex isn’t here yet. But that hasn’t stopped eager royal watchers from camping out at Windsor, where the couple’s new home, Frogmore Cottage, is located.

Prince Harry and Meghan moved to the cottage from their Kensington Palace abode in London last month and have already hosted Queen Elizabeth, Prince William and Kate Middleton at the newly renovated Windsor lodgings.

The problem is the recent and very aggressive attempts to get photographs of Frogmore and perhaps the Duke and Duchess of Sussex, which has resulted in an actual royal drone ban. Yes, drones are now involved.

It all started after a man tried to fly a drone over Frogmore Cottage in order to snap photos of the residence. Aside from being a major invasion of privacy, it was also a serious safety hazard, as the drone was right in the middle of London Central Zone, which is a controlled airspace, and in the middle of a very busy Heathrow flight path.

As such, a new bright yellow sign on a road through Windsor Home Park now warns any potential drone users that it’s actually illegal to fly within the area. According to the Daily Mail, they read, “Police flight safety notice: Drones prohibited in this area” and “Launching, landing or operating drones or remote controlled aircraft is prohibited in this area. Contrary to Article 95 of the Air Navigation Order 2006.” Perhaps the Sussexes should also invest in a massive $19,000 privacy hedge like the Duke and Duchess of Cambridge.

The new ban has, of course, led to more speculation that Meghan will have her first child any minute now, as she is reportedly a few days past her due date. There’s also another hint that the Duke and Duchess of Sussex will officially meet their first child very, very soon (and before Mother’s Day!): It was just announced that Prince Harry is making an official trip to Amsterdam on May 8. Seems all those people lining the streets near Windsor won’t be waiting there much longer. 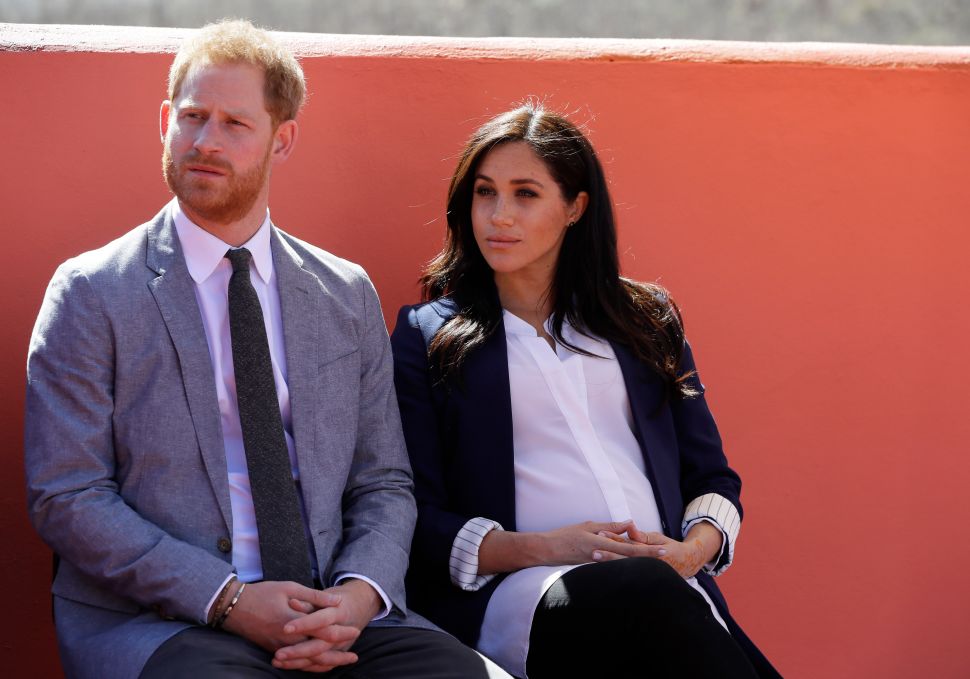