Prince Harry and Meghan Markle’s newborn son, Archie Harrison, isn’t even a month old yet, but his first royal journey is already in the works. The Duke and Duchess of Sussex started laying out the groundwork for a potential visit to Africa before Archie was born, and now that they’ve welcomed their first child, the couple are starting to cement those plans.

Their two-week visit to South Africa will likely take place in October, according to the Daily Mail, which reports that officials in the country have been told they should expect a visit from the family of three later in the year. A source told the outlet, “People have been informed that the Duke and Duchess will be coming,” and early preparations are now underway.

Archie will be around 6 months old when the Sussexes embark on the tour, which is even younger than Prince George was when Prince William and Kate Middleton took him along on their official visit to Australia in 2014. The Duke and Duchess of Sussex’s spokesperson told the Daily Mail, “Nothing has been confirmed about upcoming tours,” so we’re still waiting on any details, though some have speculated that the trip would include visits to many of the Commonwealth nations in Africa, and center around causes like youth empowerment, education and conservation.

The Duke and Duchess of Sussex have a long history with Africa. Their third date involved a trip to Botswana, which is also where Prince Harry sourced one of the diamonds for Meghan’s engagement ring. This upcoming visit to South Africa could also be a test run for a longer stay in the country, as it has been reported that the Sussexes will spend several months in Africa next year.

The Duke and Duchess of Sussex are pleased to announce they have named their first born child: Archie Harrison Mountbatten-Windsor This afternoon Their Royal Highnesses introduced Her Majesty The Queen to her eighth great-grandchild at Windsor Castle. The Duke of Edinburgh and The Duchess’ mother were also present for this special occasion. Photo credit: Chris Allerton ©️SussexRoyal

For now, though, Prince Harry and Meghan are spending time at Frogmore Cottage with Archie, who is already a pro at handling royals and celebrities. Aside from all the royal family introductions, the Duke and Duchess of Sussex have also welcomed Meghan’s longtime pals Jessica Mulroney and Serena Williams over to meet him. 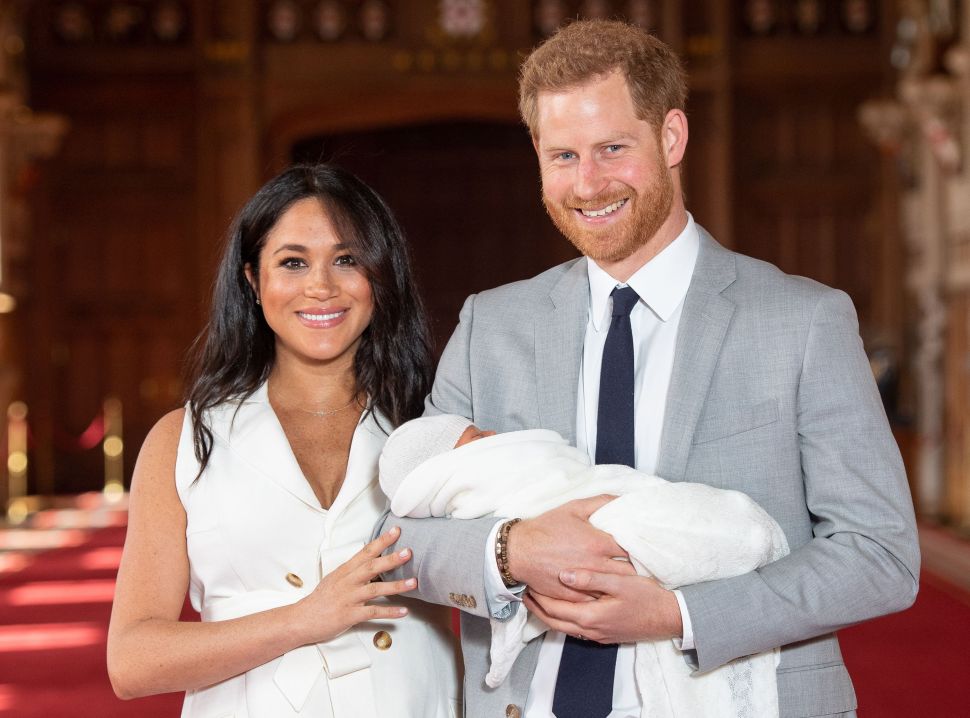