The countdown to Baby Sussex’s arrival may be over, but rabid royal-watchers are still eagerly awaiting details on Prince Harry and Meghan Markle’s newborn boy. The Duke and Duchess of Sussex haven’t revealed their son’s name to the public just yet, which is actually standard for royals, but the couple is also withholding another big piece of information—where, exactly, the baby was born, and if the Duchess of Sussex had a home birth at Frogmore Cottage.

The time of birth and weight of Baby Sussex were typed out on the easel outside Buckingham Palace, but the location and doctor signatures were conspicuously absent.

Prince Harry and Meghan were hoping to have a home birth, and even had a birthing pool set up in the custom yoga studio they built at their Windsor home, per Vanity Fair. The Duke and Duchess of Sussex also reportedly studied HypnoBirthing techniques and had a whole team ready for the delivery at Frogmore, but according to the Daily Mail, they had to change their plans after Meghan was several days past her due date.

So what ultimately went down? Well, instead of hanging at the cottage Prince Harry and Meghan were secretly taken to a London hospital on Sunday night, and not even senior members of the royal family were clued in until later. Buckingham Palace hasn’t confirmed this, but sources did tell the Daily Mail that Meghan gave birth in a hospital.

The Duchess of Sussex took a different route than anyone anticipated (as she’s wont to do) and reportedly checked into The Portland Hospital. While we already knew she wasn’t going to the Lindo Wing at St. Mary’s, where Kate Middleton gave birth to all three of her and Prince William’s children, it was assumed that if she didn’t have a home birth she would probably go to Frimley Park Hospital, which is much closer to Windsor than London. It’s also where the Countess of Wessex welcomed both of her children.

However, The Portland, where delivery costs start at more than £15,000, has a pretty fancy pedigree. It’s where Princess Beatrice and Princess Eugenie were born, and also where Sussex pals (and former neighbors) David and Victoria Beckham welcomed two of their children. Oh, and the menu has sushi and champagne. Perhaps they added Meghan’s favorite Tignanello for the occasion? 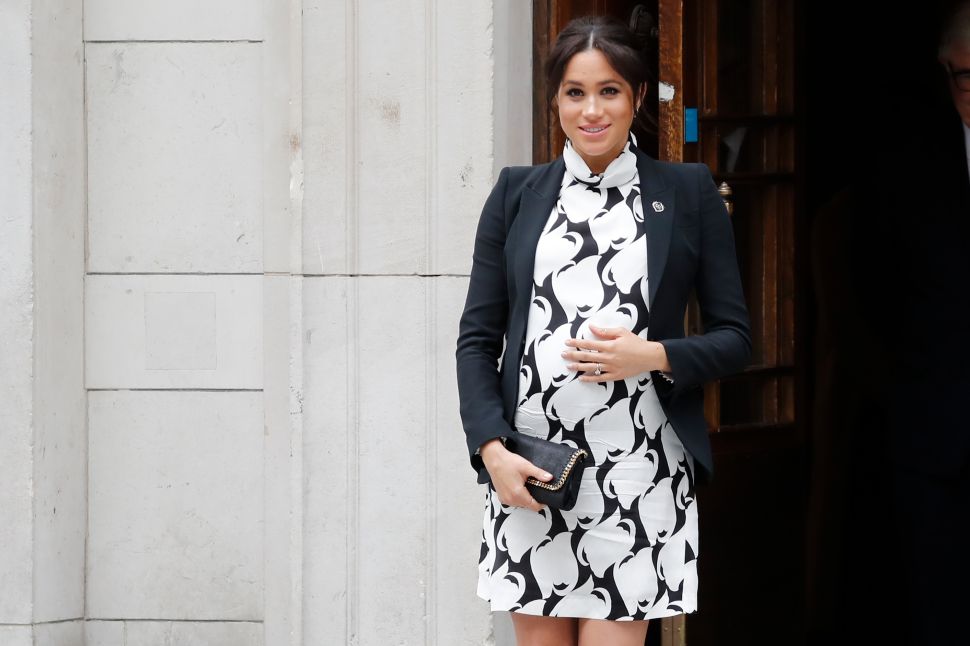