Some very important royal visitors have made their way to Frogmore Cottage to meet Prince Harry and Meghan Markle’s new son, Archie Harrison. Prince William and Kate Middleton got to see their new nephew for the first time this week when they headed to the Duke and Duchess of Sussex’s Windsor home.

The couple traveled from London to Frogmore yesterday afternoon, per royal correspondent Rebecca English, following the Duchess of Cambridge’s visit to Bletchley Park and the Duke of Cambridge’s speech for the United for Wildlife Joint Taskforce at the Royal Geological Society in London. Prince Harry also had an engagement earlier in the day at Oxford Children’s Hospital, where the first-time dad said he “can’t imagine life without his son.

Prince William and Kate weren’t able to meet Archie sooner due to a number of commitments, as the Duke and Duchess of Cambridge had a busy schedule last week with the launch of the King’s Cup Regatta and their trip to North Wales; meanwhile, Prince Harry took a brief trek to the Netherlands last Thursday.

But the fab four reunited this week, perhaps in a gathering that involved some avocado toast on the table and the gift of a dream journal. It was, after all, Meghan’s first (American) Mother’s Day.

The Duke and Duchess of Sussex are pleased to announce they have named their first born child: Archie Harrison Mountbatten-Windsor This afternoon Their Royal Highnesses introduced Her Majesty The Queen to her eighth great-grandchild at Windsor Castle. The Duke of Edinburgh and The Duchess’ mother were also present for this special occasion. Photo credit: Chris Allerton ©️SussexRoyal

Archie is just over a week old, but he’s already a pro at royal engagements. The Duke and Duchess of Sussex brought him to his first public appearance two days after his birth: an adorable photo call at St. George’s Hall in Windsor Castle that was followed by Queen Elizabeth and Prince Philip’s first meeting with their great-grandson.

There are still a few people who haven’t met Archie, including Prince Charles, who is expected to see his grandson for the first time on Thursday. But the most important royals who haven’t gotten an audience with Prince Harry and Meghan’s newborn are, of course, Prince George, Princess Charlotte and Prince Louis, as Prince William and Kate didn’t bring their three children along on their recent stop at Frogmore Cottage. Perhaps they’re just waiting for the perfect moment for the little Cambridges to meet the newest Sussex. Hopefully, Prince George doesn’t get too confused now that his nickname is taken. 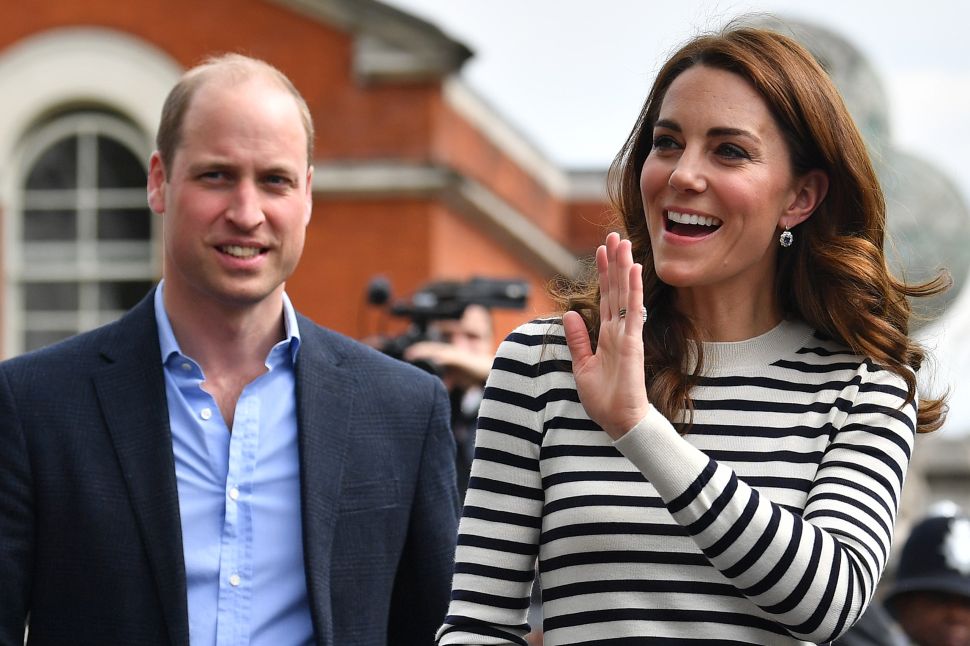