Joe Berlinger knows a lot about Ted Bundy. That’s not exactly a boast—his intimate familiarity with America’s most notorious serial killer isn’t necessarily going to light up the next cocktail party he attends. But his knowledge, which he’s gained mostly from directing both the Netflix documentary Conversations With a Killer: The Ted Bundy Tapes and Netflix’s new Bundy biopic Extremely Wicked, Shockingly Evil and Vile, has granted him unique insight into one of the most terrifying (and fascinating) figures in history.

In Berlinger’s eyes, most of us are just rubberneckers, enamored of the idea of true treachery as long as it is kept at arm’s length. With this decade’s proliferation of platforms all seeking addictive content for the masses, that hunger has found a steady food source, turning morbid curiosity into borderline obsession. Given its ubiquity in the world of podcasts and in recent lineups for HBO, Netflix and Hulu, “true crime”—a term Berlinger isn’t particularly fond of—is clearly going nowhere.

Berlinger recently chatted with Observer about the sweeping changes in TV and cinema and how Extremely Wicked is even more pertinent today in the age of anonymity.

Observer: Why do you think the “true crime” genre has popped lately?
Berlinger: I think true crime has always been extremely popular—it’s partially a media story that true crime “has never been more popular.” What I think has never been more popular is the consumption of content. Netflix has been this huge game changer, ushering in more production and more opportunities than ever before. When I started making films 25 years ago, if you didn’t sell your documentary to HBO or PBS, you were not selling your documentary, and the idea of unscripted series was unheard of. But the number of unscripted series today is through the roof—it’s like a rising tide raises all ships. Unscripted or documentary content has moved to the center of the entertainment business.

But the popular medium called “true crime” has been popular since the 1800s, when they used to sell tickets to public executions and sell souvenir programs. People have always been fascinated by crime—it’s just we now have a greater way to consume it. I also somewhat attribute it to technology—bingeing and streaming are particularly well suited to crime because it’s these edge-of-your-seat stories.

But why do we wish to turn terrible figures like Ted Bundy into mainstream entertainment?
Ever since the earliest hunter-gatherer days, when we emerged from the cave each day, life has been a lethal activity. I think we’re wired genetically to look for danger, and so I think that’s part of the fascination—staring into the abyss of what could have happened to you. I just think it’s human nature to be thankful you’re not in that car wreck. Humanity… we are rubberneckers. We look metaphorically and literally at the other side of the highway, and traffic slows down to look at the car wreck because it allows us to take stock of our lives. I think that’s part of true crime.

How did Netflix end up picking up Extremely Wicked after you’d done Conversations With a Killer?
Originally, they didn’t seem to be interested in the movie because we were already doing the doc series. They made it clear going into Sundance that they didn’t think the movie was for them. But then the doc dropped on January 24, which is the 30th anniversary of Bundy’s execution, and Sundance coincidentally started on January 24. The doc hit a nerve immediately, and the premiere of the movie at Sundance was also terrific. There was a lot of interest in it, with a number of distributors making offers, and that’s when Netflix realized that because of the success of the Bundy docuseries, they should buy the finished movie. 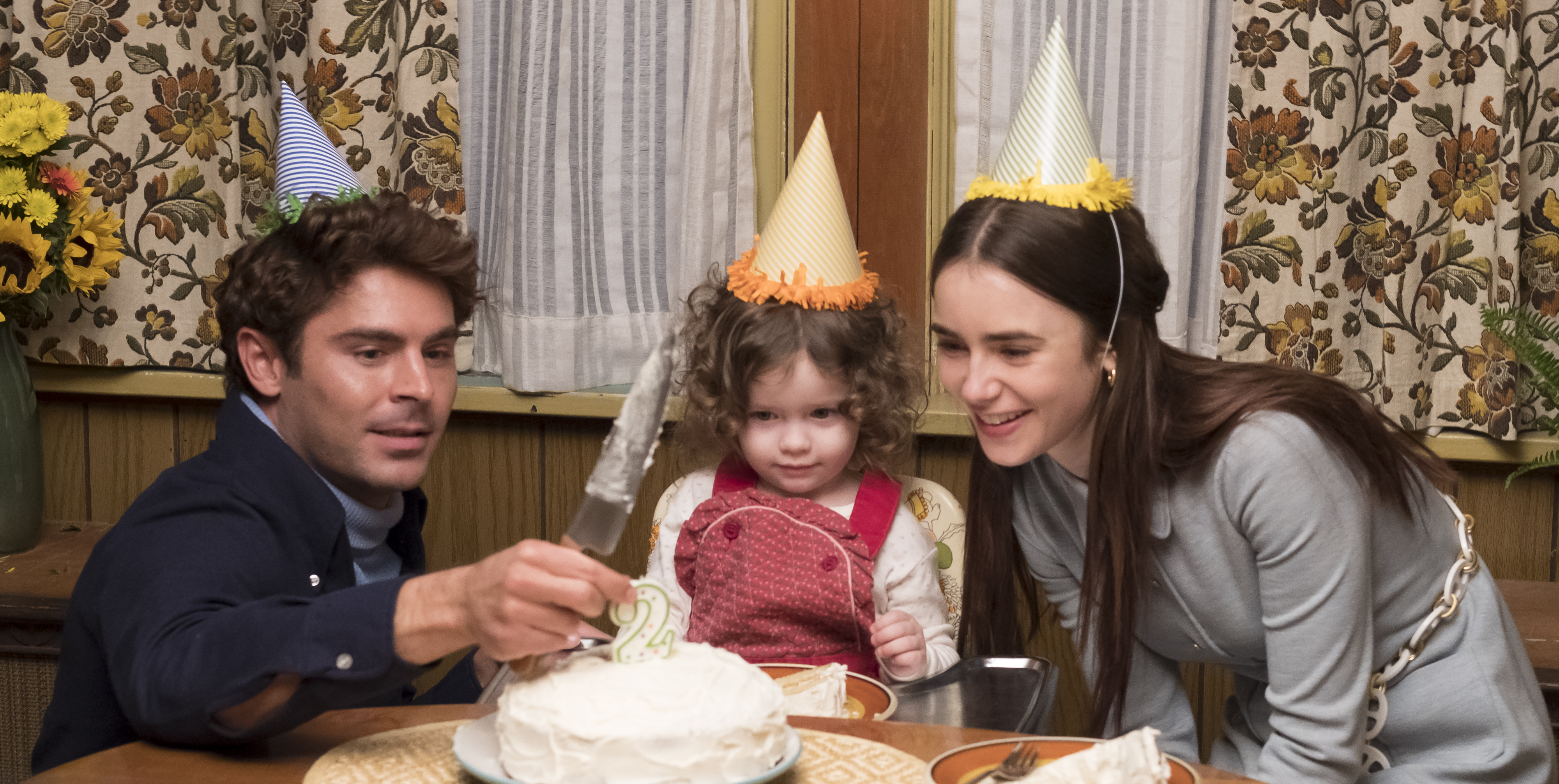 Zac Efron playing Ted Bundy—now that’s a change of direction. How was he cast?
You have to do a “take” to get a job, so I gave the director’s take to the movie’s producer, who held the script, and he said, “That sounds great—let’s do it,” and within two weeks, Zac Efron signed on. My agent and his agent were at a meeting together at CAA, and they said Zac was looking to do something different and asked if I would want him to take a read. That’s a considered decision because at Zac’s level, it’s called a “reading offer,” so it’s not like you can let Zac read it and then decide, “Well, I don’t really want to use Zac.” If you give it to him to read and he says yes, you’re obligated to use him.

But I immediately thought it was a fantastic idea because as a documentarian, it allowed me to take Zac’s real-life persona and turn it on its head. For a certain generation, Zac can do no wrong. He’s beloved by a certain demographic, and that demographic doesn’t really know the Bundy story. To his credit—because sometimes it takes three months for an actor to even read the script—he read it immediately. We got on the phone, we clicked and we said the right things to each other, which made us feel like we could trust each other in this journey. And it was a very low-budget film actually. The fact that Zac was willing to take, like, a 99 percent pay cut to do it also suggested to me that he was doing it for all the right reasons.

Ted Bundy used his charm and looks to conceal his evil. Do you think it’s even easier to do that today in the digital age?
I think the lessons from Bundy’s story can’t be overstated, particularly in this era of Internet catfishing. I think because we can hide behind digital masks, because we can curate our own reality, it’s important that people be extra careful. That’s the message of the movie. You really don’t know the person you’re dealing with. And I don’t want that to be a negative message, like we’re saying, “Don’t date, don’t meet, don’t interact with people.” But be aware that if you’re going to place your trust in somebody, it better be deserved.

This is really the point of the film: We want to think that a serial killer is some social outcast, some misfit, some weird-looking guy who just can’t fit in and you can spot him a mile away. That gives us the false comfort that we can avoid the fate of becoming a victim, but Bundy was the exact opposite. He was well integrated into society; he had friends who believed in him. Members of the Mormon church showed up at the trial to say, “We believe in this guy.”

After the Lake Sammamish murders came out and there was a composite sketch of somebody that looked a lot like Bundy and the newspaper article talked about somebody using the name Ted and driving a VW, all of his friends said, “Hey, this guy looks a lot like you, and his name is Ted like you, and he drives a VW like you. Isn’t that a strange coincidence?” Instead of saying, “Oh, my God, look at this. Our Ted could be this guy.”

That speaks to the quote you open the film with: “Few people have the imagination for reality.”
Yeah, that’s the whole point. The reality of a certain situation is harder to grasp sometimes than some fantastical notion. So, you know, the truth was right there in front of people, but because of Bundy’s power of manipulation and persuasion, he was able to elude capture for so long.

How conscious were you of avoiding the glorification of a monster? Extremely Wicked largely steers clear of any concretely incriminating scenes.
I was hyper aware of not glamorizing a serial killer. That’s part of the DNA of the script, so it’s not like I chose to pull the violence out of an existing script [the film is based on the 1981 book The Phantom Prince: My Life With Ted Bundy, by Bundy’s former girlfriend Elizabeth Kendall]. The reason I wanted to do this film is precisely because it avoided showing the violence. I’m much more interested in making a film about how a serial killer is living his life when he’s not killing. To me, that deception and betrayal and manipulation is far scarier. Doing a movie about the fact that people can be in your midst and be killers is more interesting than just doing a movie about the catalog of violence.

Some people have criticized the lack of violence in the film as being disrespectful to the victims, saying we’re “glorifying” a killer. I actually think the opposite, and I’m confused and surprised at the idea that someone showing the worst moment in somebody’s existence—the moment where they’re being tortured and killed—why showing that means you’re not glorifying the killer. I think that’s much more disrespectful to the victims of the violent crime. To me, you’re glorifying the killer by showing the worst moment.

Extremely Wicked, Shockingly Evil and Vile premieres on Netflix and opens in select theaters May 3. 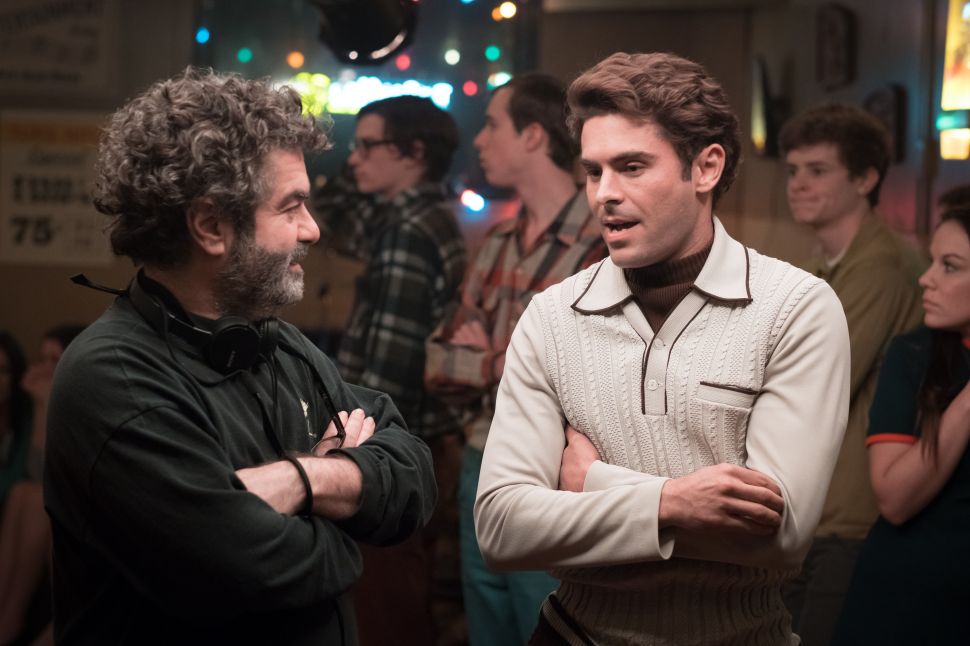