Hedge fund billionaire Ray Dalio, one of the most worshiped investors of his time, is not shy when it comes to sharing his secrets of success and observations on the economy and financial markets with the world. As he wrote in his 2017 book, Principles, “I am now at the stage in my life in which I want to help others be successful rather than to be more successful myself.”

In the past three months, Dalio has made two bold predictions about how likely the U.S. economy is due for a recession by 2020: He first estimated the chance to be 70 percent, but lowered the bet significantly to 35 percent only a few weeks later.

Naturally, this drastic revision on his economic outlook led many of Dalio’s investor followers to wonder whether it’s time to do something with their portfolios to seize the market opportunity. So, during a surprising Reddit “Ask Me Anything” on Tuesday, one Dalio fan asked blatantly what stance he would suggest an amateur investor to take on his portfolio given the optimistic economic outlook yet sky-high equity valuations. (The S&P 500 just had its best quarter in 21 years with a 13 percent gain.)

But Dalio’s answer sounded uncomfortably discouraging right off the bat.

“First of all, the main thing I would worry about as an amateur investor is whether you can win at this game. I strongly doubt that you can,” he wrote. “I believe that competing in the markets is more difficult than competing in the Olympics, because there are more people trying to make money doing it and it’s a zero-sum game, yet most people think that they can do it. However, history has shown that only a small percentage of the players of this game walk away with a lot of money and most lose money.”

Specifically, though, Dalio pointed to five factors that he believes any equity investor should pay close attention to in order to accurately assess the expected value of their investments. They are: a wide wealth and value gap in today’s society (which he discussed at length in a recent essay); the limited abilities of central banks around the world—particularly the Federal Reserve, the European Central Bank and the Bank of Japan—to stimulate the economy given existing societal divides; the upcoming elections in major countries next year and their possible impact on fiscal policies; the competition between China and the U.S. on various fronts; and the onset of “thinking-like technologies,” such as artificial intelligence.

“It will be these factors that I feel I must pay the most attention to in thinking about our investments, but even more importantly our well-being,” he added.

Earlier this month, Dalio was ranked by the Institutional Investor magazine as the most successful hedge fund manager in 2018. Last year, Bridgewater’s Pure Alpha Strategy fund posted its largest return since 2011, a 14.6 percent gain, when the average hedge fund lost 6.7 percent and the S&P 500 was down 4.38 percent. 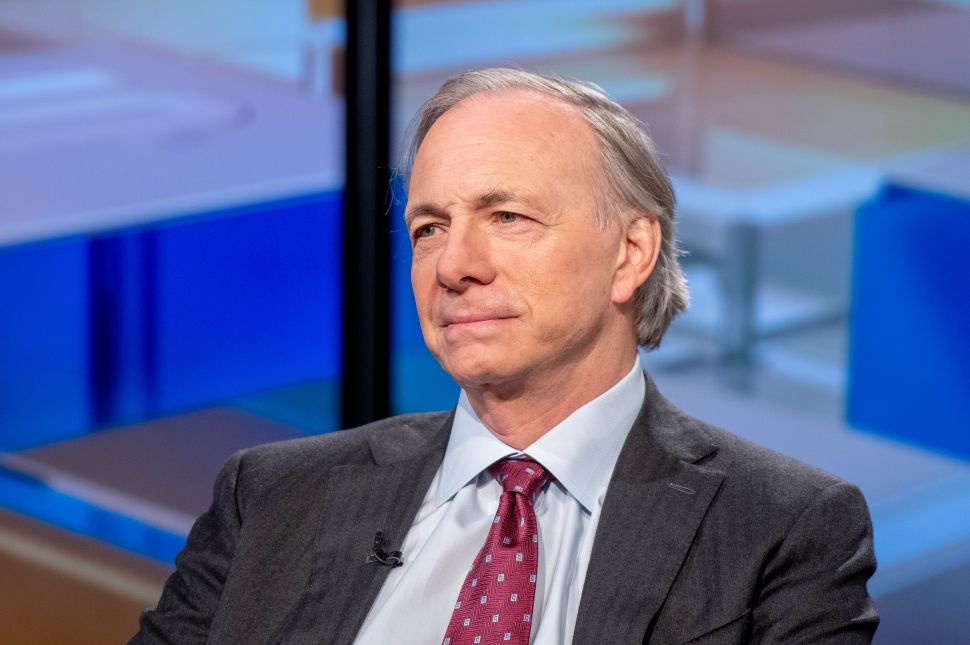