Resistance is futile? Nobody told the directors at the Cannes Film Festival. In one movie after another, this year’s big premiere’s follow characters facing hopeless situations, right as the walls are closing in. And yet their rage against the dying of the light is downright inspiring. If Cannes takes the artistic pulse of the world, then the cultural pressure is rising. And something’s going to blow.

Just look at Terrence Malick’s spiritual epic A Hidden Life. This beatific meditation on the value of conviction is based on the true story of 1940s Austrian farmer Franz Jägerstätter (August Diehl), who went off to fight in WW II but refused to sign a loyalty pledge to Adolf Hitler. Surrounded by Nazi sycophants and collaborators, Jägerstätter suffers ridicule and scorn. Branded a traitor, he’s thrown in prison and faces even more dire consequences. Relent, he’s told. It’s just a piece of paper. It doesn’t matter. But it does.

In our current world of rampant Nationalism, here’s a period movie about rejecting a tribal society with weathervane beliefs and defying a leader obsessed with obsequious allegiance. Timely? No question. Will audiences connect? We’ll find out soon enough. In a deal that feels more like throwing down the gauntlet, Fox Searchlight just bought worldwide rights for an estimate $12 to $14 million.

That said, A Hidden Life is a daunting commercial prospect, a three-hour pastoral meditation with no movie stars that’s suffused with light-dappled landscapes, fresh-faced children running through meadows, and relentless voiceover narration dripping with banalities like “What’s happened to our country, to the land I loved?”

Ever since 2011’s The Tree of Life won the Palme d’Or at Cannes and nabbed three Oscar nominations, the devoutly religious Malick has had a string of duds with soul-searching protagonists reveling in a moony brand of inarticulate spiritualism. But this time, he might just connect. A Hidden Life gets its title from a George Eliot quote that ends the film: “The growing good of the world…is half owing to the number who lived faithfully a hidden life, and rest in unvisited tombs.” Even the most uncelebrated decisions hold unimaginable strength.

Céline Sciamma’s Portrait of a Lady on Fire is another case in point. A ravishing masterpiece of heart-stopping sexual discovery, this 18th-century lesbian bodice-ripper enthralls and uplifts in equal measure. Noémie Merlant plays Marianna, an artist secretly hired to paint an official wedding portrait of betrothed aristocrat Héloïse (Adèle Haenel), who has spent most of her young adult life in a convent. Because the sheltered Héloïse has never met her future husband, she refuses to sit for the painting. So Marianna, whose true identity is hidden from Héloïse, must study every detail of Héloïse and furtively render her image from memory. In doing so, Héloïse senses her intense gaze and becomes more and more attracted to Marianna.

As their feelings become reciprocal, the film transforms into a fascinating study of two souls trapped by circumstance but liberated by passion. Sciamma tells her love story with disarming, entrancing simplicity punctuated by images of startling, almost surrealistic beauty. (And, yes, more than once that lady is on fire—metaphorically and literally). The sort of female gaze that Sciamma brings to her filmmaking is also so wonderfully rich and unfamiliar that the movie is a revelation on par with Jane Campion’s The Piano.

And if the period-piece Sapphic romance isn’t political enough by definition, then a subplot involving Héloïse’s maid getting an abortion is galvanizingly relevant. In a tragic but empowering sequence, the maid lies on a bed of a woman who knows how to perform the illicit procedure. Next to the maid lies the ad-hoc doctor’s baby and a little girl, who sit quietly while their mother performs the termination. And the maid holds the baby’s hand during the abortion. It’s a radical act of filmmaking, one which Sciamma handles with astounding sensitivity.

Some of the films in competition aren’t quite as nuanced. Festival opener The Dead Don’t Die, Jim Jarmusch’s droll take on the zombie movie, uses the genre as a bludgeon to ham-fistedly critique a somnambulant country that’s allowed Trump-loving climate-deniers to run America. Bill Murray headlines the all-star cast, which includes Adam Driver, Tilda Swinton, Chloë Sevigny, Danny Glover, Iggy Pop, and Steve Buscemi—the latter as a racist farmer who wears a bright red baseball cap emblazoned with the words, KEEP AMERICA WHITE AGAIN. Subtle this movie is not.

In Jarmusch’s film, polar fracking throws the earth off its axis, making chaos of daylight savings time and compelling the dead to rise from their graves and feast on the living. But the ghouls also thirst for coffee, Snapple, and Xanax. “Siri!” one mumbles. “Wifi,” another groans. And when they’re not eating corpses, they’re staring at the glow of their smartphones. “I guess maybe they were zombies all along,” says Hermit Bob (Tom Waits with a ZZ Top beard). Yes, we get it, as does anyone who spent the past decade watching The Walking Dead.

Other movies in Cannes have more teeth. Octogenarian Brit auteur Ken Loach continues his career-long proselytism on behalf of the common folk with Sorry We Missed You, a rousing if at times melodramatic damnation of the gig economy. No matter how hard his blue-collar protagonists struggle to better their lives, the no-exit design of a permalance workforce means nothing but eventual oblivion.

The husband pulls 12-hour days as a delivery-truck driver, while the wife tries to balance a hellish schedule as an at-home caretaker to a slew of neglected elderly. Meanwhile, their smart son falls into delinquency and school brawls while their young latchkey daughter tries to put on a brave face but chronically wets her bed from the stress of it all. At its best, Sorry We Missed You shows with remarkable empathy just how much the relentless demands of precarious employment tears at the very fabric of a family life.

In a dead-end life, something’s got to give. And so it goes in Les Misérables, Ladj Ly’s sweeping, social-canvas look at the civic turmoil in Paris’s ghetto banlieues—specifically Les Bosquets, site of Victor Hugo’s eponymous novel. By appropriating Hugo’s title, Ly is already announcing his provocation, updating the angers and frustrations of the downtrodden. The director is also clearly encouraging comparisons to a superior work of art, which doesn’t really help his case. But Les Misérables is still a compelling, infuriating look at an intractable situation.

Amazon Studios agrees, and spent $1.5 million for the rights. It’s a notable pickup for the company that bought Cold War last year and shepherded it through Oscar season. Ly, himself an African immigrant who grew up in the banlieues and has made documentary films there, has made a tactile mosaic of all the grey areas: the anxious cops who abuse their power out of survival instinct; the neighborhood leader, dubbed the “mayor,” who keep petty rivalries in check; the ex-con-turned-de-facto-imam who referees without extinguishing the embers of rebellion.

And it all climaxes in an explosive confrontation that channels the riotous urges of a new generation with no future in sight. This is Do the Right Thing for the 21st century, a furious plea for radical social reform that might also lead to a tear-it-all-down oblivion. Let’s hope that the films in Cannes are more cautionary than prophetic. 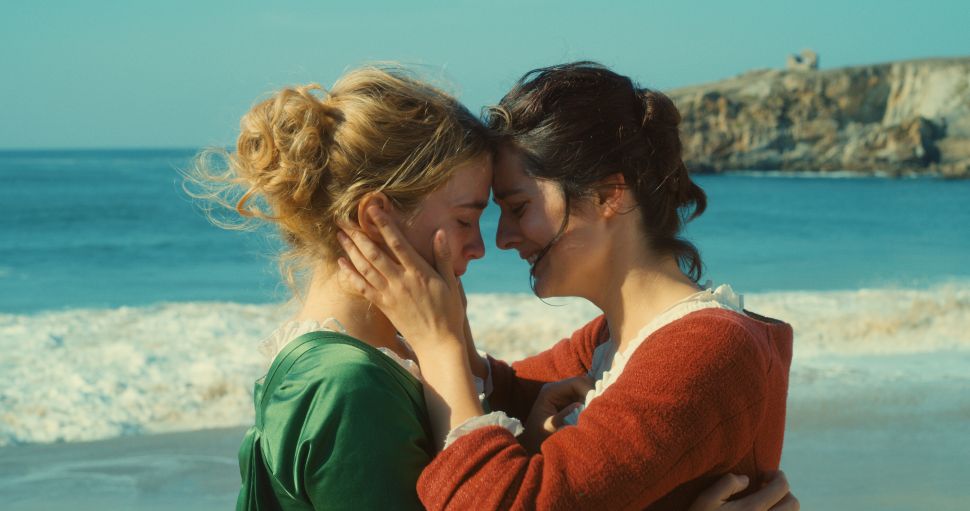