Just over one year after the death of Robert Indiana, it appears there’s no love lost between his representatives over who has the right to profit off his most iconic artworks.

Long-simmering tensions over those rights were re-aired last Friday as the late-artist’s estate, valued at roughly $77 million, filed notices in federal court. The filing occurred the same day as a private memorial was held for Indiana commemorating the anniversary of his death, which officially falls this Sunday, on May 19.

The notices attempt to terminate long-disputed licensing agreements exercised by entities including the Morgan Art Foundation and, separately, Michael McKenzie, the founder of mega-publishing house American Image Art. The agreements include rights to reproduce such masterpieces as Indiana’s famed “LOVE” and its spiritual sequel created for the Obama campaign, “HOPE.”

The estate’s position is that these licensing agreements died with the artist. The Morgan and McKenzie firmly disagree, calling the machinations frivolous. The latter told Maine’s Portland Press Herald, “[The estate] just lost the only ally they ever had. I am going to rip them apart.… I am done being a nice guy with them. They can all go to hell.”

McKenzie continued, “I spent the last 11 years of my life keeping Indiana alive…. That friend is no longer a friend. I am going to take them apart, piece by piece […] one by one.”

The interlude between that first lawsuit and Friday’s has been marked by tit-for-tat legal maneuverings that seem primed for a deeper dive.

The legal issues began the day before Indiana passed away at the age of 89, when Morgan sued McKenzie and the artist’s caretaker, Jamie Thomas, for elder abuse and fraud. The suit additionally claimed that McKenzie’s firm dumped more than $30 million of Indiana forgeries on the market. Morgan followed-up later that fall by also suing Indiana’s estate for breach of contract.

McKenzie fired back in July 2018 by counterclaiming that Morgan had conned Indiana out of valuable rights through “intimidation and lies.” This includes the rights to 50 percent of net income from sales of all images and sculpture created between 1960 and 2004, as well as the exclusive right to reproduce and sell “LOVE.” Thomas, who held Indiana’s power of attorney from 2016 forward, denied his part in the allegations.

Luke Nikas, the Morgan’s lawyer, casts the estate as the villain. Also talking to the Press Herald, he said that these actions are “undermining Robert Indiana’s legacy” and, further, “This is a sad but classic example of an elderly artist being taken advantage of by the last people who were around him when he passed.”

Indiana’s estate has also sued Morgan and Simon Salama-Caro, Indiana’s agent and also a party in Friday’s notice, for hiding sales from Indiana and willfully failing to pay the artist everything he was owed. For example, Indiana’s contract with Morgan stated that the artist would receive his cut 30 days following each sale. In practice, he was paid yearly without any written explanation for what artworks comprised the total or what fees were deducted.

As this legal tussle filled with unexpected twists and moral ambiguity continues, one thing seems clear. Regardless of who wins this game of licensing, the intrigue only helps underscore the enduring power of Indiana’s images. 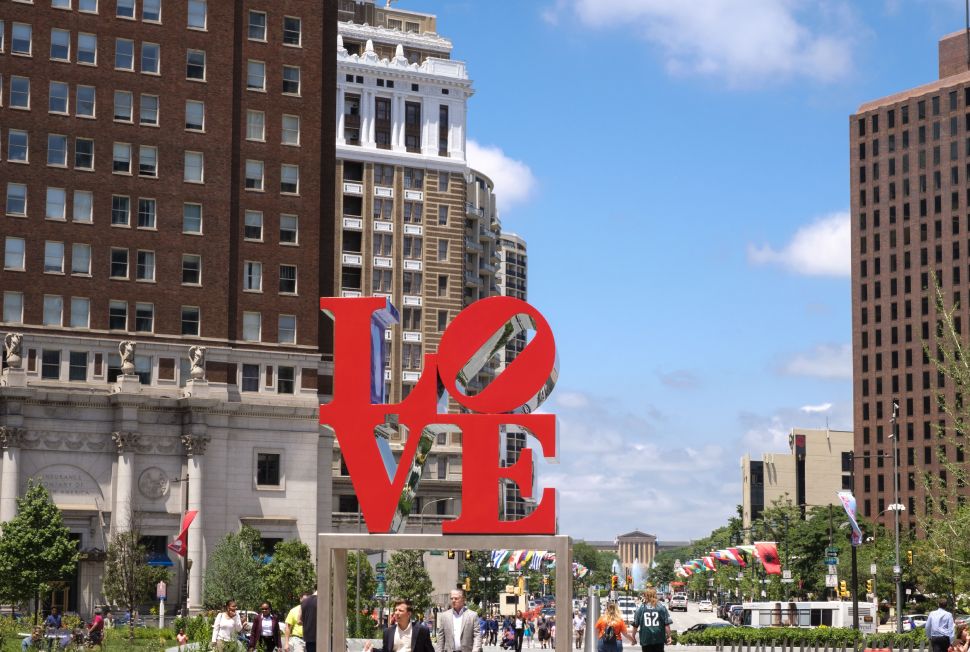