“I think having Roy Moore for a nominee for any party is never a good thing, but I certainly think there is a particular advantage to run against a candidate who was that divisive and incapable of pulling his own party together,” LaTosha Brown, co-founder of Black Voters Matter, told Observer.

Brown’s organization generated record-breaking grassroots support among African American communities for then-candidate Doug Jones during the 2017 Alabama election. After Moore was accused of sexual misconduct by nine women, several of whom alleged the Republican molested them as teenagers, Black Voters Matter worked to provide the decisive votes that handed a longtime GOP stronghold to Democrats.

“It’s a hard seat in a sense that Alabama has voted Republican in national elections,” explained Brown. “I think that the Democrats going into this election have a candidate who is not divisive and is seen as a safe moderate. In a state like Alabama, that works in their favor.”

Jones faces reelection in 2020, and Moore has teased the possibility of launching another senatorial campaign. During an interview with a Christian radio station last month, the former candidate said he was “seriously considering” another run, adding that the 2017 Senate race “was stolen” from Republicans. But given his failure during the last cycle and the avalanche of negative publicity it generated for the GOP—even with a late endorsement from President Donald Trump—another Moore candidacy is a likely disaster for Republicans.

“Moore is a fantastically bad candidate, not just in the sense that a Democrat would think about him… but he’s unpalatable to Republicans too,” Elizabeth Spiers, founder of The Insurrection, a data-driven political operation working to elect Democratic candidates across the United States, told Observer. “That said, Jones still has to work hard, even against the worst candidate, who is probably the best opponent for Jones’ purposes, because he’s dealing with the usual double whammy of gerrymandering and voter suppression, and national Dems don’t resource red states as much as they should.”

Do I have to stomp this cockroach AGAIN?https://t.co/t50y6KnXxy

Anti-Trump Republican political consultant Rick Wilson, who ran ads against Moore during the election, is also confident in another defeat for the disgraced candidate.

“Do I have to stomp this cockroach AGAIN?” tweeted the operative last month. 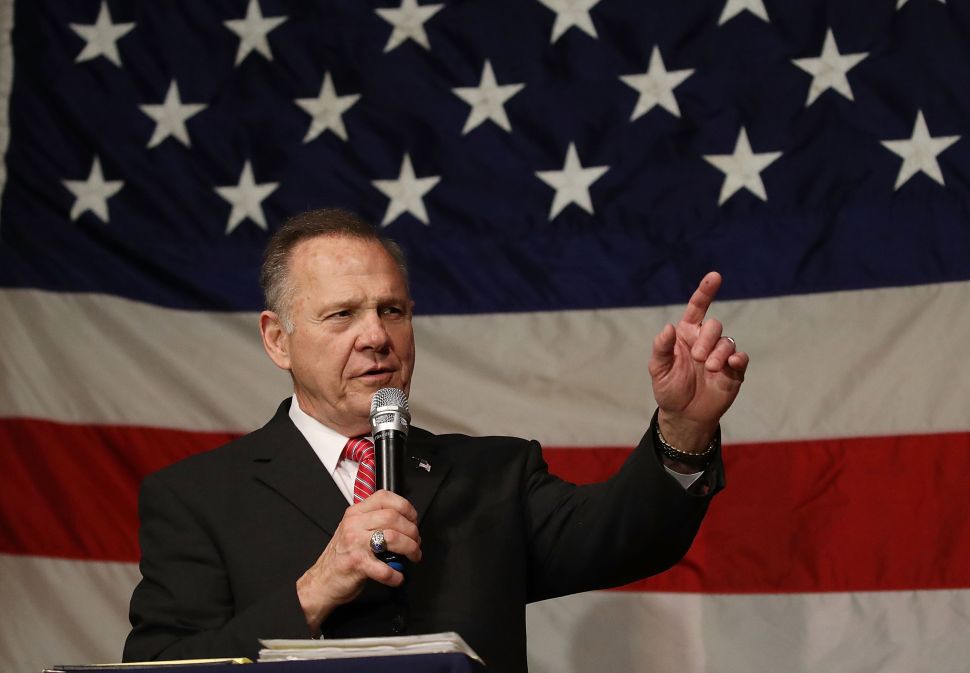