Life just keeps creeping along, leading us step-by-step closer to living in a Philip K. Dick dystopian future—in real-time. And often, in our surveillance culture, we are willing participants to work alongside Big Brother.

Remember how fun it used to be to see facial recognition and retina scanning in sci-fi movies? We loved it in RoboCop and Blade Runner, right? Now, many of these biometric technologies have become a nightmarish reality.

This week, San Francisco, the tech hub of America, became the first U.S. city to ban police use of facial recognition technology.

The ACLU is one of the numerous civil rights groups supporting the city ordinance, utilizing the simple, but scary-that-it-needs-to-be-pointed-out, proposition: “People should be free to walk down the street without being watched by the government.”

In China, Shanghai-based YITU Technology has developed a facial scan platform that can identify a person from a database of at least two billion people in a matter of seconds.

This is supplemented by roughly 200 million surveillance cameras mounted throughout the country. And here’s a crazy stat: Nearly every one of China’s 1.4 billion citizens is in the country’s facial recognition database. It’s just simply part of their daily life. The surveillance technology now runs the gamut from preventing violent crimes to catching jaywalkers.

Is San Francisco just being overly sensitive about the dangers of facial recognition technology? I mean, if you’re not committing a crime, then what do you have to hide, right?

Well, let’s look across the pond.

In London, police have stopped people who cover their faces when walking by facial recognition cameras. Sometimes, they are presented with a fine. Or, in some cases, these face-coverers are arrested. Thus was the case with one man who was charged with public disorder after he loudly complained about exercising his right not to be filmed. The British police might reason that facial recognition surveillance is for the greater good and “for your own protection.” But a statement from one plainclothes officer almost sounded right out of Big Brother’s handbook: “Covering your face is grounds for reasonable suspicion.”

A new study released on Thursday by Georgetown Law’s Center on Privacy and Technology stated that law enforcement agencies are using facial recognition systems with little to no rules.

Clare Garvie, the author of the study, wrote that these systems “threaten to fundamentally change the nature of our public spaces.”

So, what other security tech is out there for our present dystopian future?

Facial recognition surveillance is just the tip of the police-state iceberg, turning our lives into the next season of Black Mirror.

There are also police body cameras, along with the use of helicopters and drones, to make us fear for our privacy. And we all have the capacity to conduct our own surveillance using the technology contained in our cell phones.

Not only that, but there’s also a reason to fear refrigerators.

In 2016, the now-former director of national intelligence, James Clapper, told a Senate panel that common household devices connected to the internet, such as smart fridges, could be used as surveillance tools.

Clapper stated: “In the future, intelligence services might use the [Internet of Things] for identification, surveillance, monitoring, location tracking, and targeting for recruitment, or to gain access to networks or user credentials.”

Many of these home devices fall short in the security arena because of the costs associated with ensuring a reasonable standard of protection on products. So, rest assured that Big Brother is watching you make a sandwich.

But it goes beyond fearing the police state.

Remember a few years back the outrage that was sparked when a startup company called Peeple released an app that was meant to be the Yelp of rating fellow human beings? Fortunately, the app was pulled before interactions in our daily lives could be rated with one to five stars.

In China, there’s an app that allows people to know whether they are in proximity of someone who is in debt or not. The app’s name loosely translates to “Deadbeat Debtors Near Me.” One unfortunate consequence—the app makes financially vulnerable citizens an easy target to be exploited by those who want to prey on people suffering hard times.

French philosopher Michel Foucault died before the age of social media but used the metaphor of an 18th century prison design to illustrate a modern society in which surveillance and monitoring is normalized; stating that prisoners in a cell are perpetually exposed to the gaze of the guards, yet they cannot see into the tower, thus they are never certain whether or not they are being watched.

Big Brother is really ‘us.’ The police state has cleverly conned us all to do civilian surveillance on our fellow citizens via social media. Uploaded videos on Twitter have ruined people’s lives. Why do we need to ban facial recognition, when we gullibly, and enthusiastically, report on our own neighbors. 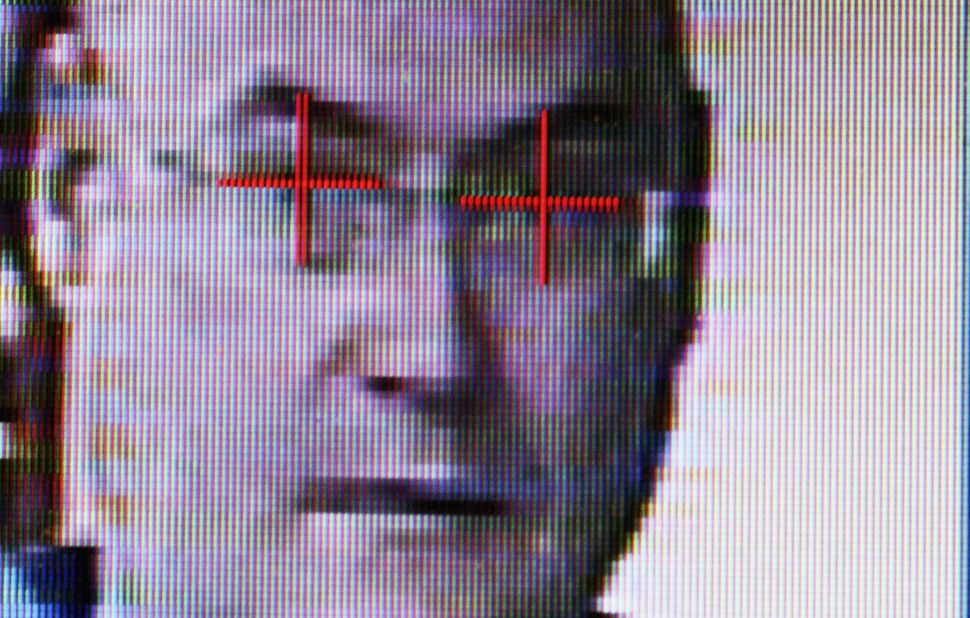