Netflix’s new sci-fi flick See You Yesterday is a time-traveling epic that explores how police violence affects the most vulnerable among us. Two brilliant high school juniors in Brooklyn, CJ (Eden Duncan-Smith) and Sebastian (Danté Crichlow), have invented a machine that allows them to jump back a day in time. When they realize the potential of what they’ve created, CJ sees the opportunity to get a full ride to one of their dream schools—MIT, Morehouse or Spelman. The two teens work tirelessly in Sebastian’s garage to put the finishing touches on their machines in time for a science expo.

But the stakes are tragically raised when NYPD officers shoot CJ’s older brother, Calvin, in a case of mistaken identity. It is worth noting that Calvin (played with depth and quiet strength by Brian “Astro” Bradley) and his friend look absolutely nothing like the two other black teens the police were chasing. It is also worth noting that even if Calvin had been up to something illegal, that doesn’t justify being shot in the street without due process, something that we have seen play out on the news far too often in the past decade.

As CJ grieves for her brother, she becomes determined to use her invention to prevent his untimely death. However, her attempts to change the past lead to unintended and devastating consequences that ripple beyond her family.

Despite the heavy subject matter, See You Yesterday is full of warmth and wit. East Flatbush, Brooklyn, is filmed lovingly in warm oranges and reds by cinematographer Felipe Vara de Rey, and the black Caribbean American cultures of CJ (Jamaican American) and Sebastian (Guyanese American) are proudly displayed, from the flag we see on Sebastian’s garage to a cookout where quarter waters and Jamaican flags abound.

And there are wonderful Easter eggs throughout the film. A cameo by Michael J. Fox calls to the ultimate time-traveling movie, Back to the Future. Characters read the book Kindred, Octavia Butler’s time-traveling opus, and A Brief History of Time by Stephen Hawking. CJ and Sebastian’s time traveling outfits are clearly reminiscent of the Flyboy and Flygirl characters by Chicago-based visual artist Hebru Brantley, and CJ’s full name, CJ Walker, is an homage to Madame C.J. Walker, the first self-made black woman millionaire in the U.S.

Duncan-Smith has incredible star power as CJ, and it is encouraging to see a young black woman be given a role as a complicated protagonist in a film like this. CJ wears her heart on her sleeve. She has no problem speaking her mind, standing up for what is right and telling her family—both blood and chosen—how much she loves and cares for them. CJ is often tagged unfairly as “aggressive” or having a temper, when in reality, she is a smart, self-possessed, determined girl who has lost plenty (it’s established early on that her father, a military veteran died in combat years earlier). Ultimately, she is just trying to make sense of a world that often makes no sense at all. Black girls are frequently mislabeled as angry or having an attitude problem, which means they are not always allowed to express a full range of emotions without being pathologized. I hope plenty of black teen girls can look at this protagonist and see themselves and know that they are OK the way they are.

This is an impressive and self-assured feature debut from Stefon Bristol who co-wrote the script with Frederica Bailey, with Spike Lee producing. There’s a political urgency in this film that shows there are so many stories worth exploring within genres that are traditionally written off as not being “serious” enough. See You Yesterday asks us to reimagine a new world, and also asks what can we do now to get to that new world, to ensure that the future is better than our present and our past. 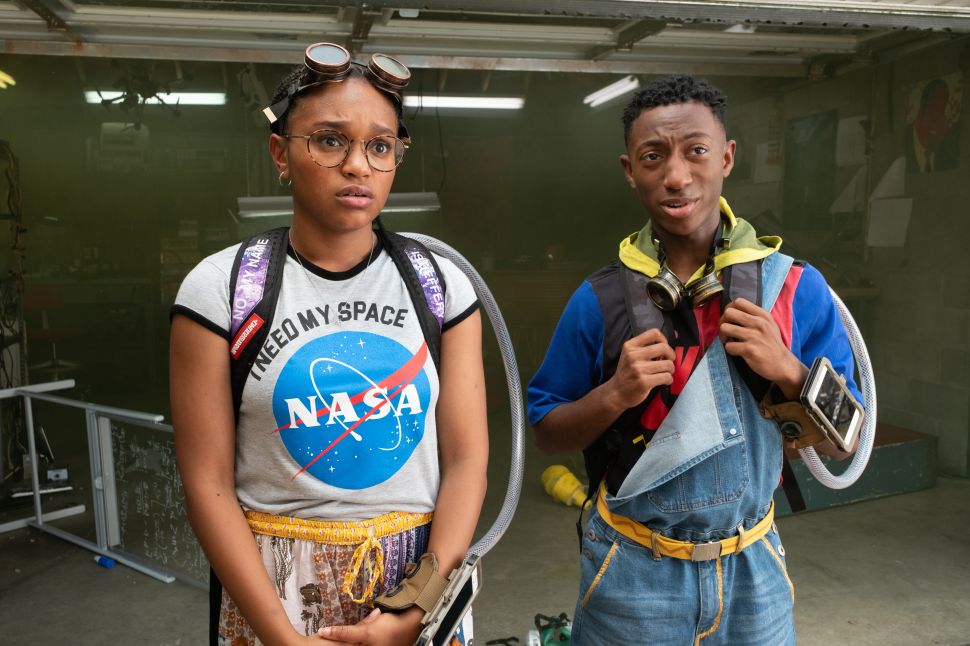