The tech industry’s biggest players aren’t giving up their power without a fight.

Facing mounting criticism from 2020 candidates calling on large companies to be broken up, Silicon Valley is amidst a public feud with some of the country’s top lawmakers. One of them is Facebook, with chief operating officer Sheryl Sandberg defending the company from break up proposals by the likes of Massachusetts Senator Elizabeth Warren, Bernie Sanders and Rep. Alexandria Ocasio-Cortez.

In an interview with CNBC, Sandberg said that breaking up companies like Facebook, Amazon and Apple won’t solve the industry’s monopoly problem because the international markets will still be controlled by a select few. “You could break us up, you could break other tech companies up, but you actually don’t address the underlying issues people are concerned about,” she said.

The executive was referring to current trade tensions between the U.S. and China, which is causing havoc on global markets.

The push back against breaking up big tech comes at a crucial time amid the Democratic primary elections, in which candidate Warren has continually called for the government to split up tech giants.

“They’ve bulldozed competition, used our private information for profit, and tilted the playing field against everyone else,” Warren wrote in a Medium post earlier this year. “And in the process, they have hurt small businesses and stifled innovation.”

Warren’s tech proposal would divest Amazon’s subsidiaries such as Whole Foods and Zappos, for example.

“Unwinding these mergers will promote healthy competition in the market — which will put pressure on big tech companies to be more responsive to user concerns, including about privacy,” Warren continued. “Those are each tough problems, but the benefit of taking these steps to promote competition is that it allows us to make some progress on each of these important issues too. More competition means more options for consumers and content creators, and more pressure on companies like Facebook to address the glaring problems with their businesses.”

Sandberg’s defensive comments also come at the heels of Facebook’s current privacy-focused pivot, in which the company plans to overhaul its image as a data-obsessed oligarchy. “We know at Facebook we have a real possibility to do better and earn back people’s trust,” Sandberg said during the interview. “We believe deeply that doing the right thing for people on our service is the only way to protect our long-term business, and it’s the right thing to do.”

As the 2020 election draws closer, big tech executives like Sandberg are expected to continue an offense against the break up of their all-powerful corporations. 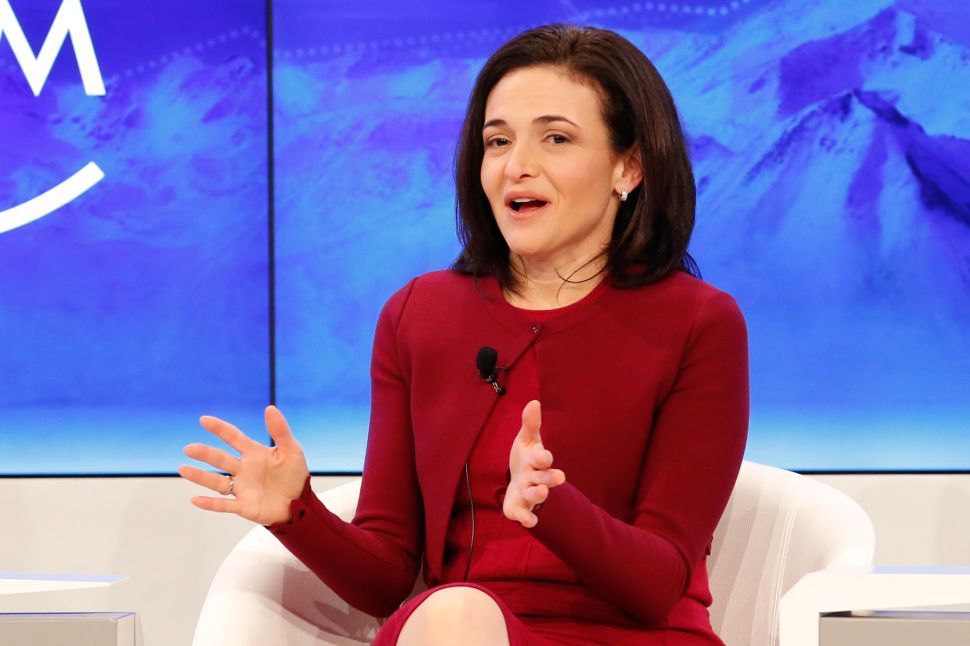