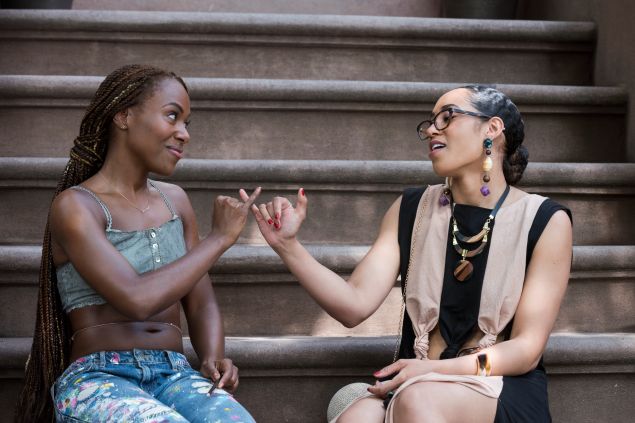 DeWanda Wise and Margot Bingham in Season 2 of She’s Gotta Have It. Netflix

She’s Gotta Have It, the series adaptation of Spike Lee’s 1986 debut feature film, is back for a second season after an 18-month hiatus. During that time, Lee, who also helms the TV show, won his first-ever competitive Oscar (he received an Honorary Oscar in 2015) for his film Blackkklansman. The movie sparked heated debate, as the director’s joints are wont to do.

Usually, Lee creates work that either you love or you hate or you have some qualms with even when you love it. However, She’s Gotta Have It is unusual in that it’s…fine. It’s just fine. It plays less like a show and more like an homage to Spike Lee himself, where he opens up his artist’s notebook and shows us all of his influences—the music he listens to, the visual art he loves, the movies he’s absorbed as a director, the events he throws in his beloved borough of Brooklyn and the political moments that shaped him. One episode is entirely devoted to the Purple People Party, an annual Prince celebration he created in 2016 after the Purple One passed away. The most poignant and potent episode is dedicated entirely to the people and landscape of Puerto Rico, post-Hurricane Maria.

That’s a lot of content packed into these nine vignettes, which also include excursions to Coney Island (recalling Lee’s 1998 film He Got Game) and Martha’s Vineyard. The show’s protagonist, Nola Darling, (a radiant if under-used Dewanda Wise), is actually relegated to the background more often than not, even though the show is ostensibly about watching her navigating her complicated love life and burgeoning artistic career. The stakes are getting higher for all the characters who are back for Season 2. Mars Blackmon, played by the effervescent Anthony Ramos, has lost his job after a shady development corporation named Amistad (another example of Lee’s cheeky sense of humor) closes down the coffee shop where he works. His sister Lourdes (Santana Caress Benitez) kicks him out of her apartment so he stays with Nola before moving onto Nola’s friend and business associate Clorinda Bradford (Margot Bingham).

Jamie Overstreet (Lyriq Bent), who was married when he was dating Nola is now in the middle of a nasty divorce from his wife, Cheryl. Greer Childs (played with unctuous charm by Cleo Anthony) is now dating another artist, a metalworking badass named Reed who looks remarkably similar to Amber Rose. Nola has chosen to be in a committed relationship with Opal Gilstrap (Ilfenesh Hadera), but tensions arise when Nola becomes close to Opal’s wise-beyond-her-years daughter, Skylar (Indigo Hubbard-Salk). And thanks to Clorinda, Nola has a new business opportunity after the viral success of her street art project My Name Isn’t attracts a streaming music service that wants to use her work in a branding campaign.

There is a lot of rich material to work with but unfortunately, many of these storylines are set up only to be glossed over or dropped altogether in favor of splashy musical numbers and steamy sex scenes. For instance, how does Clorinda, who is also a curator and art broker, feel about working as director of community outreach for Amistad, the same company that is actively pushing out her friends in her neighborhood? How does Clorinda stay friends with a woman who started dating her ex-boyfriend, who she was pregnant by? (If you recall, Mars dated Clorinda before moving onto Nola.)

How is Nola’s friend Shemekka—who is recovering from her disastrous body enhancement surgery and dealing with low self-esteem—trying to be an example for her daughter and make sure she doesn’t succumb to the same societal pressures? Why does Nola keep falling into relationships with über-controlling partners despite her free-spirited nature?

How exactly does one balance the classic struggle between art and commerce without selling one’s soul? How do you preserve black cultural output in the face of gentrification and other destructive sociopolitical forces? These are excellent questions raised by the show, that it should grapple with in more depth instead of falling back on Spike Lee hagiography.

It’s frustrating because there are so many gems scattered throughout the series. Few shows celebrate blackness across the diaspora as explicitly as She’s Gotta Have It does. The show opens with Nola reading a passage from Zora Neale Hurston’s classic novel Their Eyes Were Watching God. Stew, the rock musician behind the hit Broadway musical Passing Strange (Spike Lee directed the 2009 film adaptation) makes an appearance. Carrie Mae Weems, Tatyana Fazlalizadeh, Latoya Ruby Frazier, George C. Wolfe, Titus Kaphar, Theaster Gates and Amy Sherald all make cameos. The history of black people creating their own summer enclaves in Oak Bluffs is recounted with tenderness and care. Lourdes is an active Yoruba religious practitioner.

So many great ideas are touched on only glancingly, and I wanted to see those ideas developed in a much stronger way. Nola’s mother, Septima Darling (played by Joie Lee), is a playwright and actress who returns to the stage after a long hiatus. In episode 8, which was also written by Joie Lee, the two have a touching conversation about balancing familial demands with creative work. It can’t be understated how important it is to see a conversation between two generations of black women bonding over their artistic practices. I wanted to see more of those kinds of discussions and get more insight into these characters. 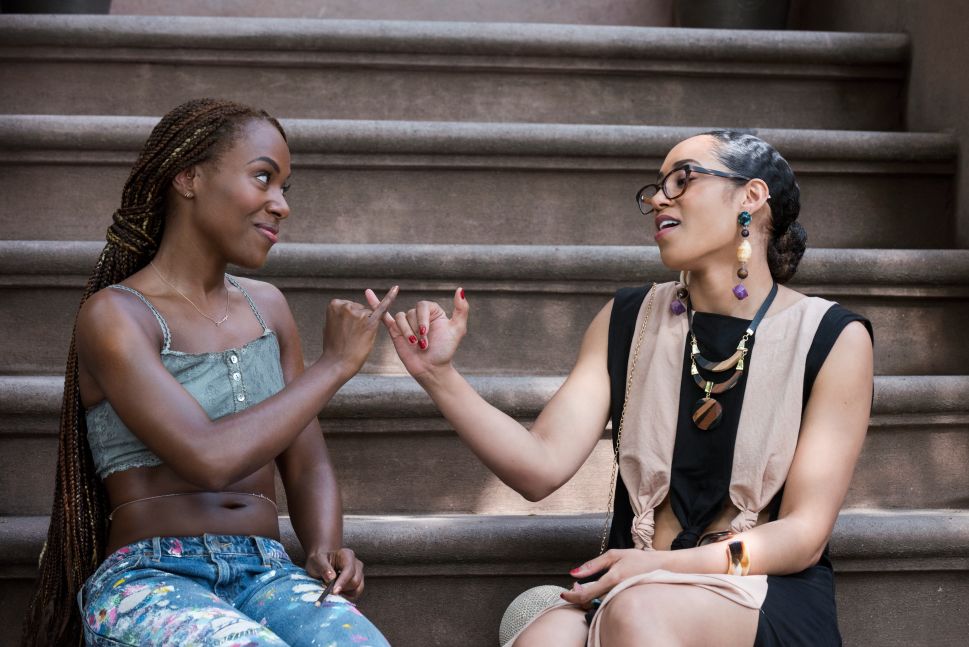