Plays about pain are always painful. But in Something Clean, a new play presented off-Broadway in the Roundabout Theatre Company’s Black Box Theatre, dedicated to the works of new playwrights, the audience feels the pain as much as the three characters onstage. That’s because the star is the wonderful, nuanced and fascinating Kathryn Erbe, and the author, Selina Fillinger, is such a good writer.

The subject she tackles is a weighty and dangerous one. How do you hold an observer’s attention in an already overcrowded world of miserable challenges if you are writing about the social, physical and psychological damages inflicted by hot-button topics like sexual abuse, campus rape, and the erosion of eroticism with advancing age? But Fillinger manages to keep you riveted by writing about alarming contemporary issues with a style rarely encountered on today’s stages—real people saying real things to each other. The style some people might label old-fashioned is fresh as a spring blossom after a hard winter when it’s applied to a lethal subject.

Erbe and the excellent Daniel Jenkins play Charlotte and Doug, a devoted, middle-aged married couple whose lives fall apart when Charlotte volunteers to help out in a sexual crisis center dedicated to counseling sexual assault victims, run by a gay 24-year-old named Joey (Christopher Livingston). Charlotte, who calls herself Charlie, might not be the perfect candidate for the job. She’s led such a privileged life, free of the ugliness of the underbelly of a changing society, that she’s had no experience listening all day to rape victims or registered sex offenders.

But now, she and her husband are so traumatized by their own personal experience that they can barely find the words to speak to each other. The reason, the play slowly and carefully reveals, is harrowing. In the aftermath of a college campus rape that has their entire town on edge, their perfect, all-American son, a popular student and a star athlete, has been arrested, convicted and sent to prison for the crime.

Now his respectable, middle-aged parents are plagued with relentless guilt for what happened, and for the judge’s lenient sentencing of only six months behind bars. With the boy’s eminent release, Doug no longer knows what to say to the son he once adored and Charlotte tries to make amends for her neighbors’ outrage and her own parental failure. The road to redemption leads straight to disaster.

During the course of less than 90 minutes without intermission, the more Charlotte and Doug immerse themselves in their shame, the more their personal sex life erodes. The intimate details of their private world are so natural that the realism becomes painful for everyone in the theater. At the same time, Charlotte’s discovery that her young colleague Joey was himself abused by an older man and ran away from home at 16, plus her growing distrust of his current same-sex relationship with an older lover, leads to bitter confrontations that change their views of the world as well as our own.

There’s plenty to think about here, facts and statistics well collated by the playwright and expansively directed in a concise space by Margot Bordelon. The cast is terrific, but Erbe invests a special blend of awareness and sensitivity in the role of Charlotte that makes even the pain in this excellent play more tolerable than I thought possible.

How fortunate we are that Erbe, best known for years as a detective on Law and Order: Criminal Intent, returns to the stage from time to time to enrich the New York theater scene. In Something Clean, she does some of the strongest and most memorable work of her career. As for the author, Fillinger is a brave, commanding new presence—a young American dramatist worth keeping an eye on in the future, and deserving of praise already. 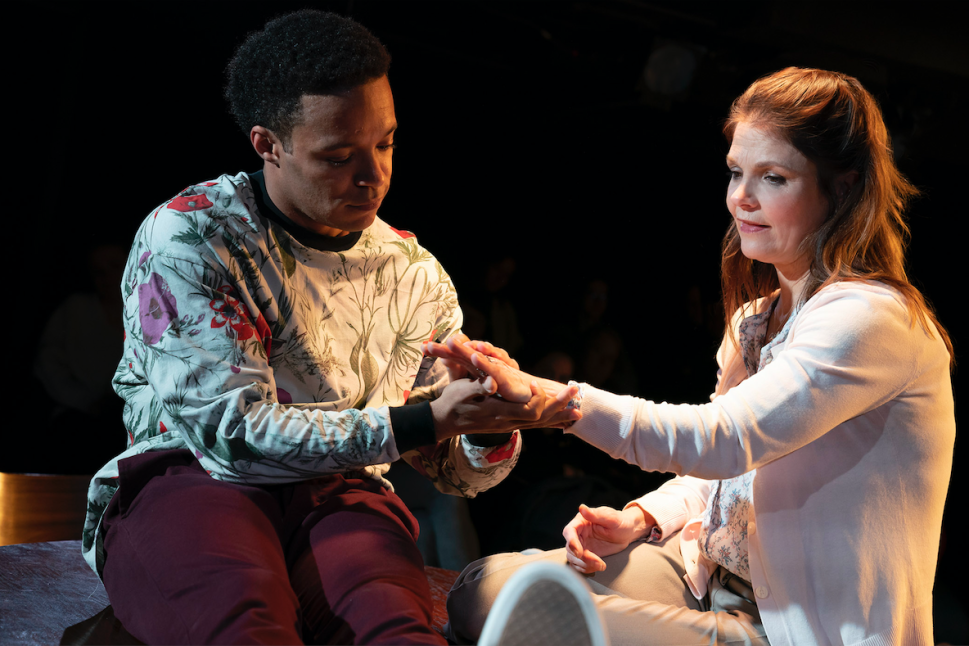