On Wednesday, it finally happened. At 11 a.m., Special Counsel Robert Mueller made a rare on-camera statement regarding the Russia investigation. Mueller is a man of a few words, in fact this is the first time many of us have heard words come out of this man’s mouth in two years. Clearly, he’s a man who carefully puts thought into every sentence he utters.

So what did we learn from Mueller’s statement today?

Here’re a few of the top takeaways from Mueller’s public statement Wednesday morning on the Russian investigation:

A little Catch 22: Mueller’s team is bound by the policy of the Department of Justice (DOJ), which states it’s unconstitutional to charge a sitting president with a crime while in office. Thus, it wasn’t even an option that Mueller’s team could consider charging Trump. (Private citizen Trump might have been a different story.) If they could’ve indicted Trump, they would have done it—but the law wouldn’t allow Mueller to do so. Even then, Mueller could not clear Trump.

This Deserves the Attention of Every American

Russia did meddle with the 2016 election, and the investigation was not an illegitimate investigation.  There was conclusive proof that Russia wanted to sow discord in the United States, discredit Hillary Clinton and help Donald Trump get elected as president of the United States. Russia used sophisticated cyber technics to hack into Democrat accounts to damage a presidential candidate. Russians posed as Americans to interfere with the outcome of the elections—and to interfere with our political system.

That’s why they investigation began.

The Russia investigation wasn’t a “witch hunt” as Trump so often likes to spew. And not only should this information be important to every single American, but we have a president who refuses to even acknowledge that fact. Trump, at every turn, downplays the seriousness of the Russian meddling. We’ve seen him joke alongside Russian President Vladimir Putin about it. Trump may be the only person in his administration who thinks this is not a big deal.

Russia Election Interference Was Important and Needed to Be Investigated

Again, this wasn’t the singling out of a specific president by “12 Angry Democrats.” The Russians took sides to damage a presidential candidate—and the investigation needed to take place when it did to preserve the evidence while it was fresh. (See previous comment about investigating the investigators.)

Somehow, in the back of my mind, I was expecting Mueller to sound like Foghorn J. Leghorn. But really, no surprises here.

Mueller and His Team Operated at the Highest Level of Integrity

Mueller defended the investigation and its conclusion—and wants the report to speak for itself. Any testimony Mueller would give in the future would not go beyond the report; the report is his testimony. Mueller stated that everyone involved with the investigation was fair and independent and of the highest integrity. He also said he respected Barr’s decision to make the report largely public.

Mueller will now be formally closing the investigation office and will be returning to private life. “My hopes and expectations is this will be the last you will hear from me,” he stated.

The Ball Is Now in Congress’ Court

Mueller seemed to be handing things off to Congress on how to respond to the crimes, lies and other wrong doings. Despite being DOJ policy not to charge a sitting president with a crime, Congress can now look into impeachment inquiries and proceedings.

Nothing changes from the Mueller Report. There was insufficient evidence and therefore, in our Country, a person is innocent. The case is closed! Thank you. 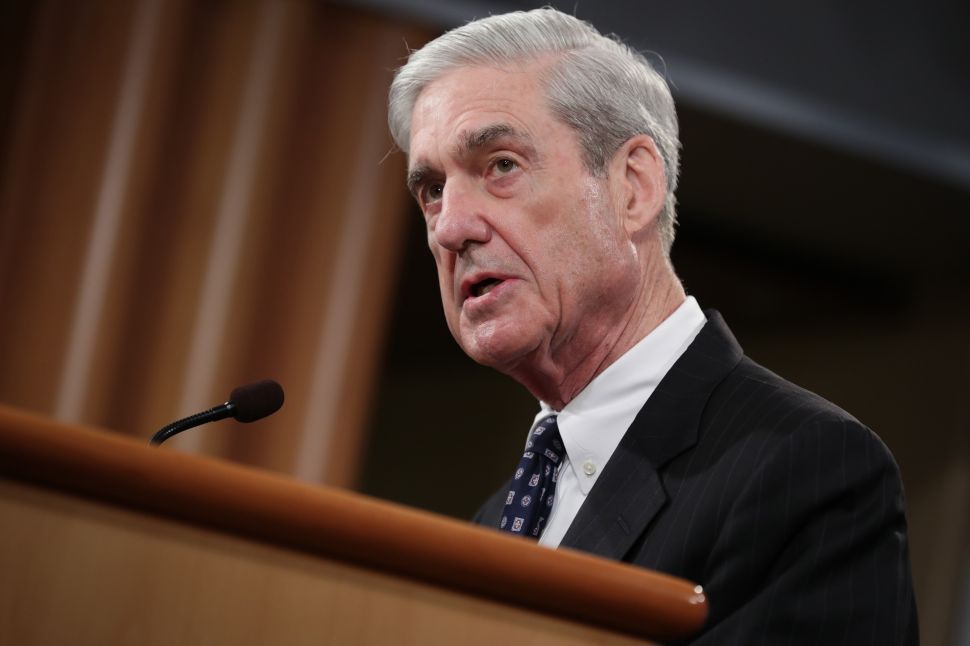