Steve Bannon on Tuesday said Jewish leaders support European nationalism, before touting his meeting with a far-right German party whose members have said Berlin needs to turn “180 degrees” in regard to its Holocaust memorial policies.

“I was in Berlin two weeks ago, I spent five days there,” Bannon told Fox News host Martha MacCallum when shown footage of German Chancellor Angela Merkel warning against anti-Semitism in Europe. “Actually I sat down with some of the senior Jewish leaders, and they told me that they live under fear, and it’s not from the right. I had just been meeting with Alternative für Deutschland, the right-wing party. They said they live under fear because of radical Islam and for this unlimited immigration from the Middle East that Angela Merkel let in.”

Alternative für Deutschland (AfD) has been condemned as anti-Semitic by Jewish leaders in Germany, and was barred from having any presence at a commemoration event held in January by the Buchenwald Memorial Foundation—the organization which oversees what once was the largest Nazi concentration camp on German soil. Buchenwald’s director, Volkhard Knigge, took specific issue with one AfD leader who told supporters two years ago that Berlin’s memorial to Holocaust victims was “a memorial of shame” and that history should focus more on Germans who suffered during World War II.

Despite announcing a 19-member coalition of Jewish members last fall, the AfD’s controversy in Europe has been enough to alienate many Republicans in the United States.

“We unequivocally condemn the disturbing views espoused by the AfD and do not support giving them—or anyone—a platform to sow hate,” a spokesperson for the New York GOP told Observer.

Bannon’s relationship with the party has not been without its own hiccups. Last year, AfD’s co-leader Alexander Gauland (who previously described the Nazi period as a mere “speck of bird poo in over 1,000 years of successful German history”) said President Donald Trump’s former campaign chairman “will not succeed in forging an alliance of the like-minded for the European elections.”

“The interests of the anti-establishment parties in Europe are quite divergent,” said Gauland.

In April, however, AfD invited Bannon to participate in a media conference ahead of European elections.

A spokesperson for Bannon did not immediately respond to Observer’s request for comment. 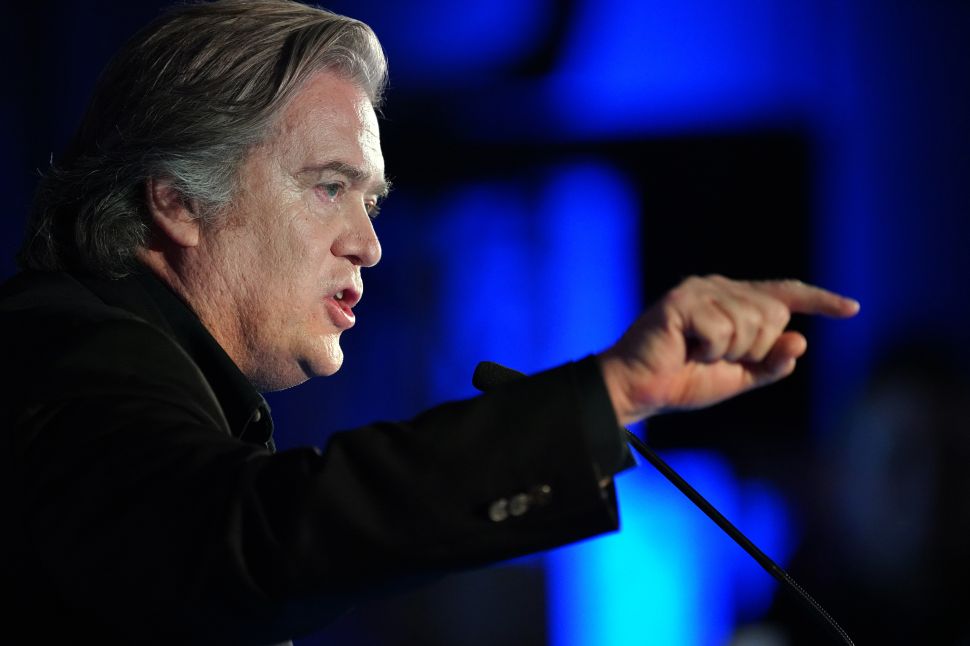