In New York City, it can be incredibly frustrating to find a place to hang in the summer that isn’t splattered with sticky dry beer or surrounded by concrete on all sides. (Hey, we signed up for this, but that doesn’t make it any less annoying!) Fortunately, the paltry number of truly cute outdoor spots just got a little bit bigger, because for the next couple of months Riverside Park along the Hudson River will play host to a herd of 24 adorable goats.

But these goats aren’t just taking a sabbatical in the Big Apple. It turns out that a two-acre area within the park has become absolutely clotted with troublesome weeds, and it will be this bleating crew’s job to chow down on as many of the plants as they can stomach.

One caveat: Spectators are not allowed to pet the goats, but they—along with their agreeable Tinder dates—can take pictures of them. Besides, these kids will be too busy digesting a plethora of flora to receive head scratches from strangers.

“There’s vines and grasses, and we’ve got porcelain berry and mugwort and multiflora rose and poison ivy,” Dan Garodnick, president of the Riverside Park Conservancy, told CBS New York earlier this week. “The goats like to eat poison ivy. Because of the slopes in the park, it’s very difficult for gardeners to go in and take care of this. We view this as both a cost-effective, environmentally friendly and also great fun way to care for the park.”

The goats will be stationed in a fenced-off enclosure near 120th street until the end of August, so do yourself a favor and check them out as soon as possible, before word gets out and the crowds balloon.

While you’re watching these hard-working creatures gaze, just try not to get too jealous over the fact that the only work they have to do all summer is eat as much as they want. Life is hard. 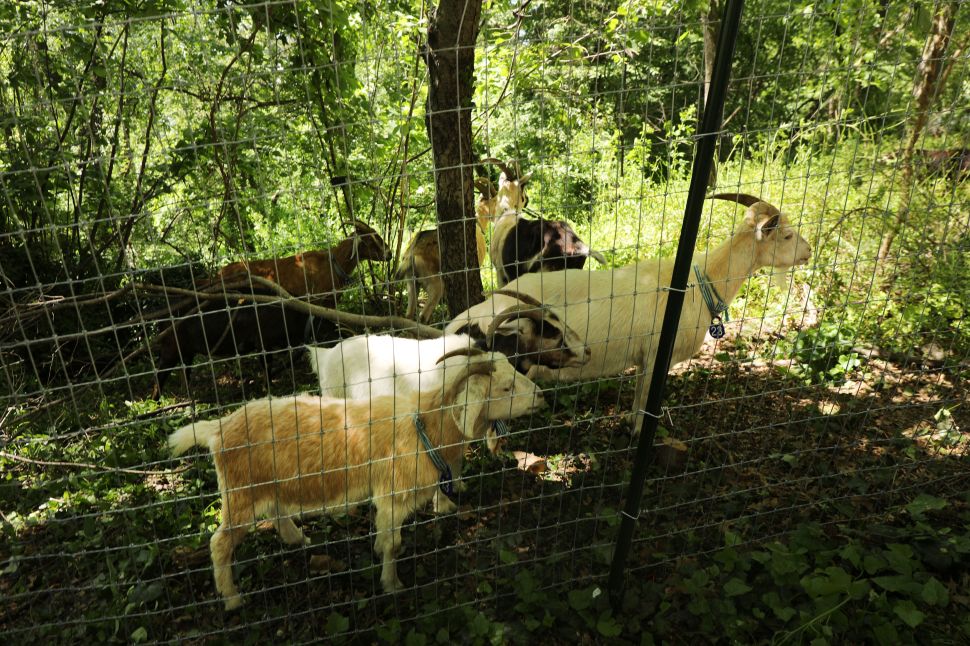