Taylor Swift is talking to the press again. Well, sort of. You’ll find an interview with the larger-than-life pop star in the new issue of Entertainment Weekly in which she discusses (in broad terms) the transitional period she went through after releasing her last album, Reputation, and her relationship with her supporters as well as the things she’s currently interested in (Sally Rooney books, Drake lyrics, Game of Thrones). The singer was also given the cover of the magazine, because editors are well aware that this story (digitally and otherwise) is going to do huge numbers; after all, fans have been conditioned to hang on her every word. We’re living in Swift’s pastel-coated world, where whatever she says goes.

In the piece, written by Alex Suskind, Taylor mostly talks about her relationship with her devoted following and navigating a life spent on social media. She delves into the precise moves she likes to make when she wants to signal to fans that she’s leaving coded messages for them, but Swifties already know she’s hiding Easter eggs for them—it’s evident in the thousands of comments they leave on her posts, the innumerable Tumblr messages they exchange (Swift is big into Tumblr) and the passion they invest in her musical output.

“Songwriters need to communicate, and part of communicating correctly is when you put out a message that is understood the way you meant it,” Swift told Suskind. “Reputation was interesting because I’d never before had an album that wasn’t fully understood until it was seen live. When it first came out everyone thought it was just going to be angry; upon listening to the whole thing they realized it’s actually about love and friendship, and finding out what your priorities are.”

The countless ways people interpret their work has always bothered control-obsessed artists. Swift isn’t the first star to be frustrated over being “read wrong,” and she won’t be the last. It’s her reaction to this phenomenon that’s fascinating.

Thank you for such a wonderful experience @EW – I loved getting to talk with @AlexJSuskind (yep I said it, I did an actual interview with a human journalist!! 🎉) Wanted to rep as many things/people I love on the jacket 💗 and more in the interview. https://t.co/C6dtAPFgfF pic.twitter.com/zp0IiEPTn2

As she pointed out in her jokey tweet, Swift hasn’t given an “actual interview with a human journalist!!” in years. But this Entertainment Weekly story isn’t an all-access pass into her life or thought process, as certain previous profiles of Swift have been. The word “boyfriend” is never mentioned, even though Swift has been dating British actor Joe Alwyn for the past couple of years. She talks about her friends, but never mentions anyone by name. And if you’re expecting some insight into what Swift’s next album is going to sound like, forget about it.

“There’s a lot of a lot on this album,,” Swift says. “I’m trying to convey an emotional spectrum. I definitely don’t wanna have too much of one thing… You get some joyful songs and you get the bops, as they say,” as well as some “really, really, really, really sad songs… not enough to where you need to worry about me.” In conclusion, Taylor Swift is now a woman of contrasts. 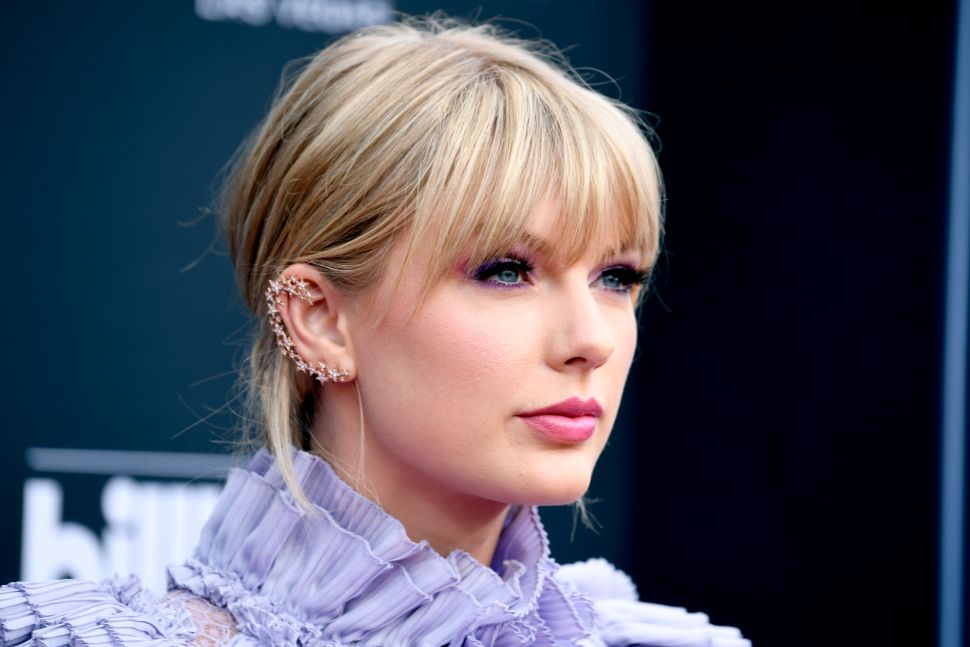