All stories involve some degree of manufacture, but some might be better off not existing at all. Take the discord over the estate of late Mexican architect Luis Barragán, which is subject of an ongoing body of work by conceptual artist Jill Magid. Although widely considered the most significant Mexican architects of the 20th century, Mexican magnates and institutions showed no interest in or resources to maintain Barragán’s archives after his death in 1988. Thus, in 1994, art dealer Max Protetch sold the estate’s massive collection and copyrights to Rolf Fehlbaum, the head of Vitra, a Swiss furniture company. The work moved from what many believe is its rightful home in Mexico to Basel, Switzerland, where the new owners deny virtually everyone access to the architect’s vast archives and rigorously enforce copyright.

Now, that’s a bad story that I wish didn’t have to be told, and I’m not sure it gets any better as the backdrop for Jill Magid’sThe Proposal. The new 90-minute feature film, executive produced by Laura Poitras, stars the artist herself and sits somewhere between documentary, art project and spy novel. (It’s currently screening in limited release.) That structure creates an engaging albeit flawed film that showcases Magid’s manipulation and betrayal of an eccentric academic, without ever questioning the artistic motivations for doing so.

About a third of the film details the famed architect’s legacy. “Barragán had a literary idea of architecture,” Rosario Uranga, former executor of the Barragán estate explains early on in the film. “You have to live in stories.” Thus, Uranga introduces the narrative and central throughline of The Proposal, a tale that begins as a gift. As Protetch describes it, Fehlbaum was interested in the collection as a possible engagement present for his then-girlfriend, the scholar Federica Zanco. It includes some 13,500 drawings, 7,500 photographs, 7,500 transparencies and slides, publications, correspondence, manuscripts, furniture and objects, and though they did acquire these holdings, Fehlbaum and Zanco refute claims that the purchase was related to their engagement.

When asked, Zanco denies Magid access to the archives, as she does most other requests. But unlike the average Joe, Magid took that denial as a prompt for more than seven years of research, several exhibitions, extended affected correspondence with Zanco (many letters begin “Dearest Frederica), and an unusual proposal designed to secure broader access to the archive. Or at least that’s how she presents it. But for a few covert shots, neither Zanco nor Fehlbaum appear in the film, and by the end, it’s not particularly surprising that they refuse to participate.

Magid’s request to trade the archives for an unorthodox work of art inspired by Zanco isn’t a secret, but I won’t offer any spoilers. Those who want to know more need only google Magid’s name—her work has been the subject of debate so intense that last year The New Yorker compared the outrage in Mexico to the Dana Schutz controversy over her Emmett Till painting.

Despite this attention, the film presents Magid’s conceptual project as if it’s a wild cliffhanger. The decision only partially works. While it adds some needed tension to the storyline, the choice to use a semi-documentary approach often comes off as sloppy and at odds with Magid’s meticulous research methods. Failing to sufficiently describe the depth and scale of these debates paints an incomplete picture—the film presents only a collage of newspaper clippings and TV segments—as does the lack of a discernible timeline. Viewers seeking dates must pull them from whirling newspaper collages, rather than in overlaid text and narration.

Perhaps most importantly, though, documentaries require that filmmakers and artists examine their own behavior and motivations just as much as they do their subjects. Magid spent years corresponding and building trust with Zanco only to pen an offer her new friend would surely find insulting. (Zanco has both curtly rejected the offer and said she found it touching). “How can I convince you of my sincere intentions?” Magid writes at one point, responding to Zanco’s accusation that the artist concocted a story that turned her into a fictional character. Nobody doubts Magid’s desire to see the archives returned, but her interest in Zanco’s friendship seems disingenuous and the story manufactured. What of Barragán, whose legacy is entirely eclipsed by a passive-aggressive fight for the control of his heart? Did anyone really believe a large installation and unusual barter would change Zanco’s mind?

Of course not, which reveals the artist’s untold fiction. The Proposal presents Magid’s art as a neutral medium, rather than acknowledging that her livelihood relies on constructing compelling stories and making exhibitions more than it does offering feasible and executable plans for the return of historical documents. In a typical documentary, those conflicts would be laid bare. But this film offers only a nod to the genre, thus transforming what might be a compelling documentary into a feature-length ad for a show launched three years ago. 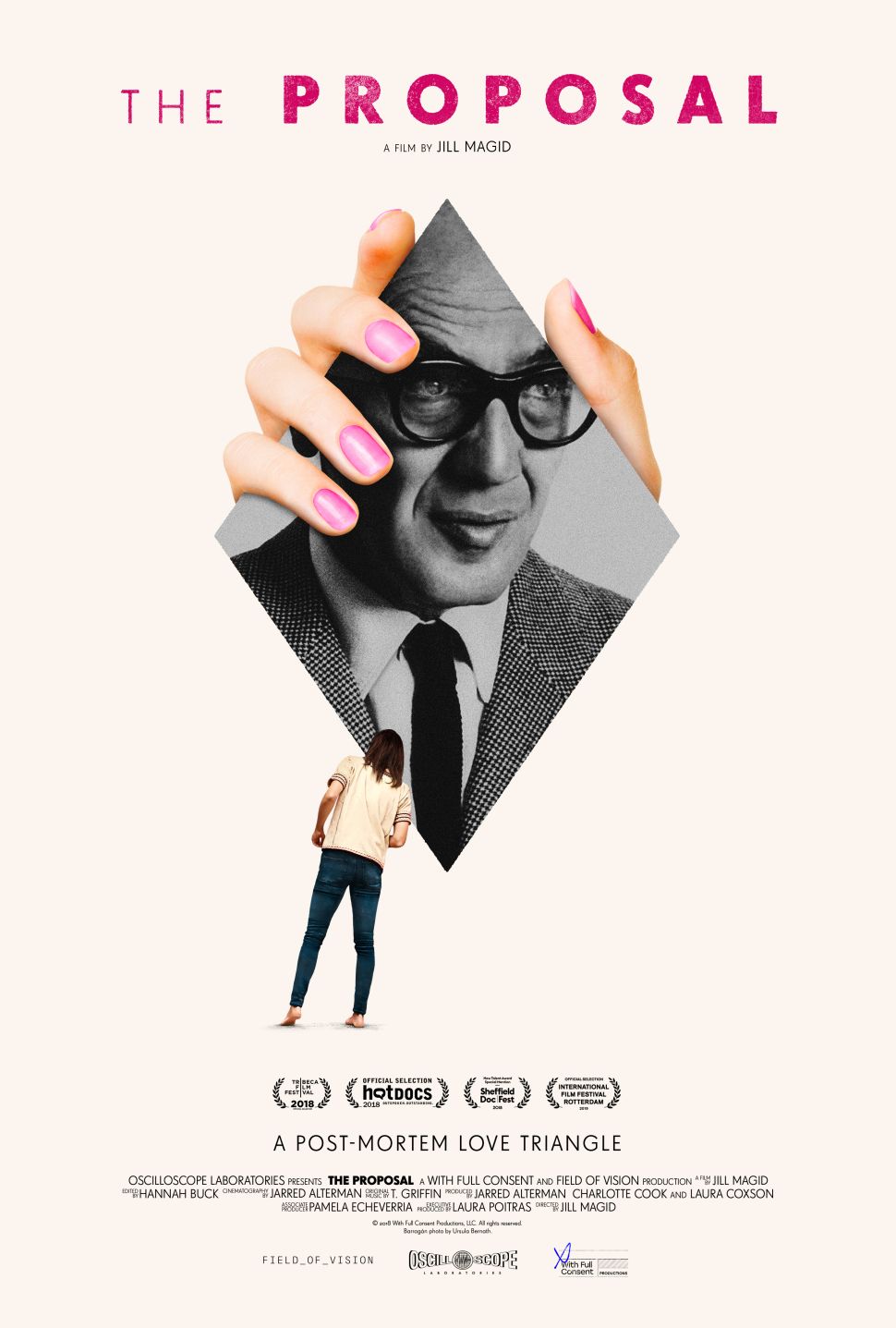